Two anthropoid creatures explore the joys brought on by sexual discovery and the desire for love.
READ REVIEW
Next Previous 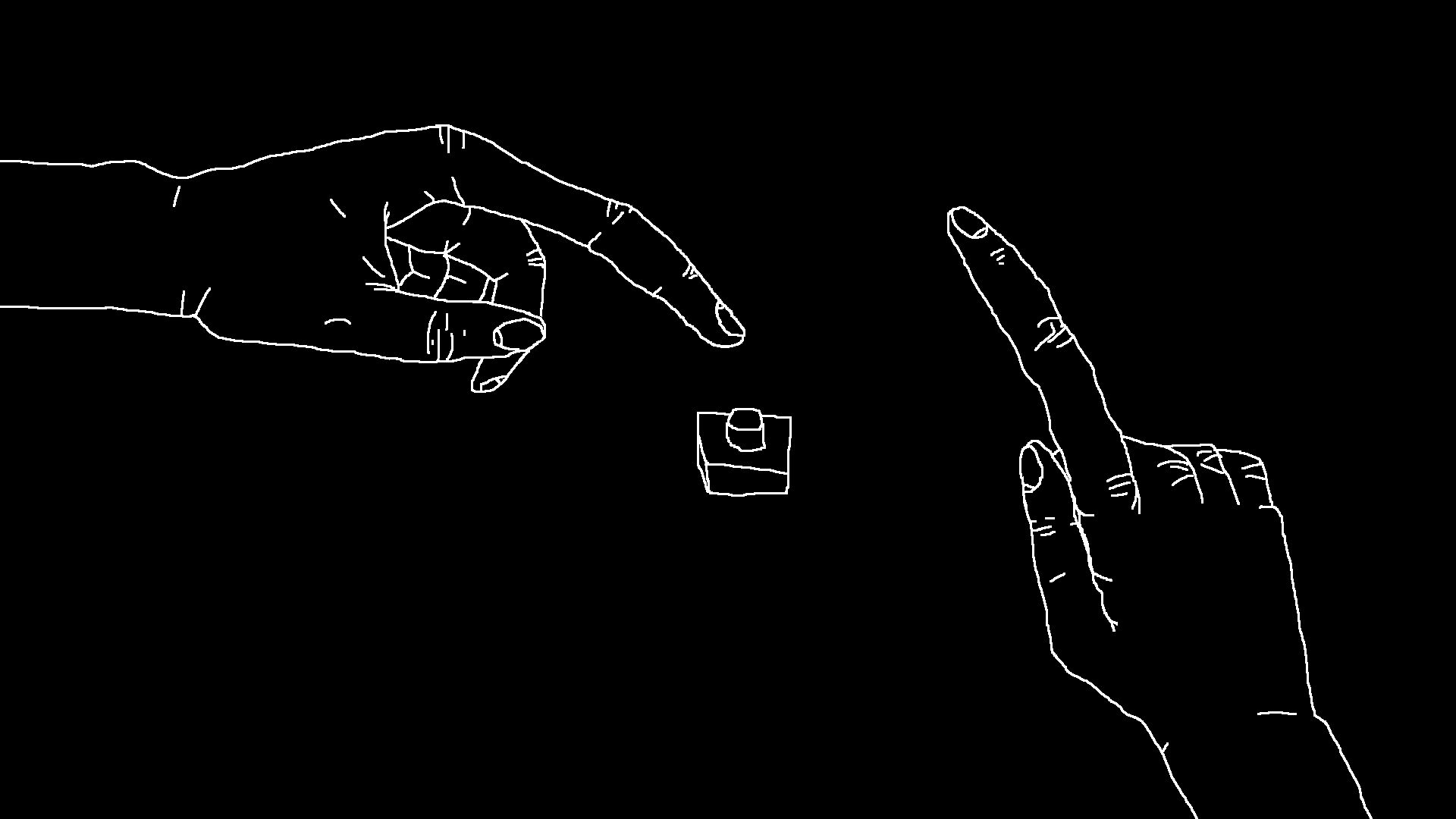 Plug & Play is a playful, sad, and sexually surreal black and white award winning animated short by Michael Frei, the man who brought you Not About Us. We follow two anthropoid characters as they go through life distantly consumed by their own sexuality and the idea of relationships. The film has a stunningly stark aesthetic and is filled with some of the most clever yet subtle editing we’ve come across in some time. Most impressive is how Frei animated the entire film solely with the use of his finger on a trackpad.

When asked what inspired him to make this film Frei tells us “Someone smart told me that everyone could describe everything using opposites. Like a computer does. Initially humans used our fingers (digits) to compute. So I came up with the idea to draw a digital movie describing a binary world by using my personal digit turning on and off pixels.”

Frei teamed up with Mario Von Richenback and Etter Studio to develop an interactive version of the Plug & Play. When I first heard Frei was turning the film into an app my initial reaction was one of excitement. But then I began to wonder what the purpose was of transforming such a perfect film into an app. I also wondered how a film so wonderfully surreal would translate into an entity I tend to generally associate more with direct consumerism(not that film is devoid of consumerism). But when we asked Frei what prompted him to make the film we were intrigued and impressed with his answer: “After releasing my previous film Not About Us, I was quite stunned on how few people actually watch online films from start to finish. There is a lot of scrubbing going on. The web is an interactive medium – but watching films is a passive experience. That was when I started to not only think of a film that the audience could play but play with. That project eventually became Plug & Play. And could there be a better way to play a digital film than with your own digit?”

I was fortunate enough to download a preview of this app and the experience itself is a tortuous joy. Rather than having a predetermined narrative path and outcome it allows you to control and explore the narrative experience yourself, ultimately deciding how kind, cruel, or confused you’d like to be at the moment. In some ways the game possesses some of the same elements of real life. There are times when you know exactly what it is you’re doing and other times when you become a bit frustrated, not exactly certain what to do while knowing the answer is right before you. And just as is often the case in life, you are aware you are over thinking something extraordinarily simple. Both the film and the game are wonderful entities, each providing their own unique experience for the viewer or participant.

While this film is experimental at its core, it makes it quite easy for us to fill in the narrative gaps with our own experiences in personal relationships. While the dialogue is simplistic in form but one thing we found particularly interesting is how we experience time within the film. The back and forth between each character is so quick yet when we fill in the gaps with our own personal experiences in some ways we create narrative assumptions about these character’s histories. While we only spend six minutes with them it feels as though we’ve spent years with the characters’ lifelong exploration of sexuality and relationships, ultimately seeking (rather efficiently might I add) out the feeling we all crave: love. But within this binary paradigm is a demonstration of how complex even the most simple things can be and how an infinite set of combinations of 1s and 0s allow for infinite conclusions.

There is a certain playfulness and sadness that perfectly accompanies the binary nature of Plug & Play. On the one hand we witness the joy and playfulness of relationships but on the other hand we witness the control they can have over us and our confidence. But what makes this film so unique is that although it does break this exploration into binary experiences, by the very form of it as an animated film it allows us to distance ourselves enough to be able to thoroughly enjoy this aspect of life and love for what it is: a game we all want and like to play.