A touching portrait documentary of Hi-Way Drive-in theater, a drive-in theater 2 hours outside of New York City, whose owners carry a distinct and inspiring passion and dedication to their trade.
READ REVIEW
Next Previous 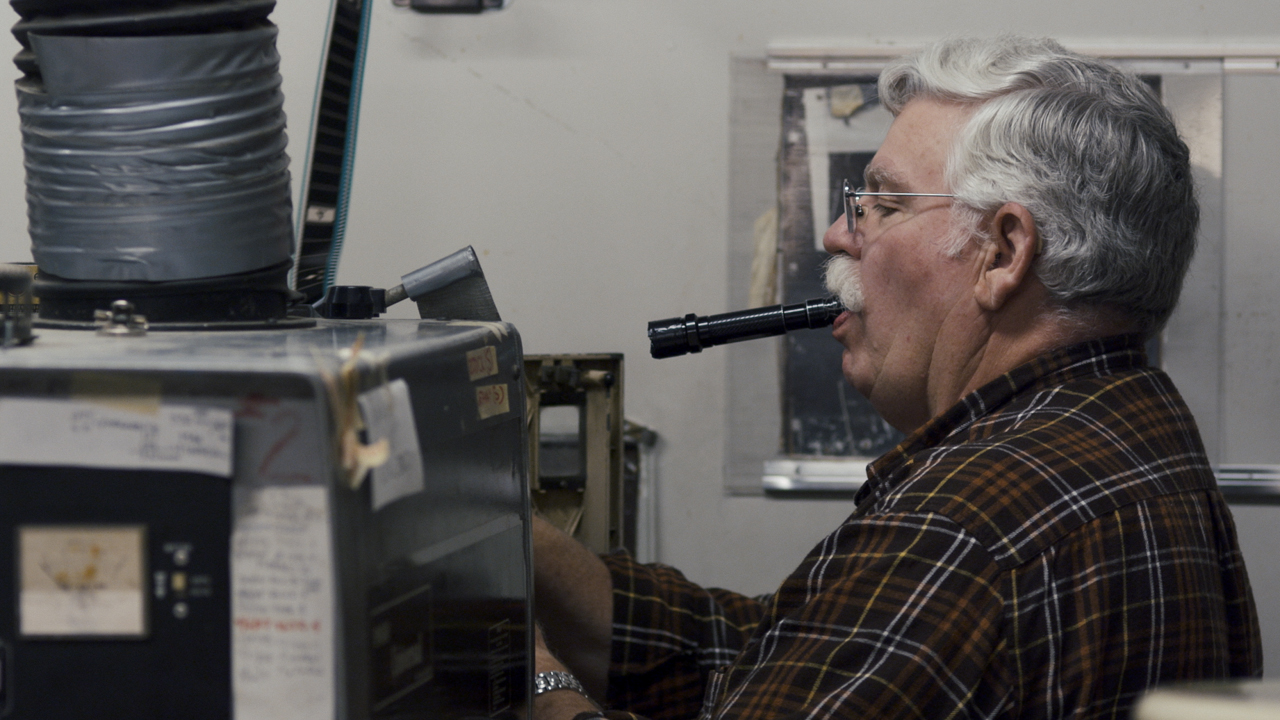 Enjoy Your Intermission is a touching portrait documentary of Hi-Way Drive-in theater, a drive-in theater 2 hours outside of New York City whose owners carry a distinct and inspiring passion and dedication to their trade. This film dives much deeper than simply being a portrait of a drive-in theater, but also addresses the changing economic, technological, and experiential climate of cinema itself and its impact on the movie going experience.

In many ways directors Tansy Michaud and Adam Carboni’s cinematic presence is similar to Hi-Way Drive-in’s owner Roger Babcock’s presence. They each have a seemingly meditative approach and presence where the viewer can sense the amount of intuitive focus they have for their craft. In some ways this can be attributed to the great respect they seem to have for one another resulting from the trusting relationship developed over the course of the film’s development. The directors tell us “There was a series of weekends where we wanted to bond with Roger and Sharon, not interview or press them. After that, our new-found friendship allowed us truer emotion and openness in the interviews and footage that followed.” That intimacy and respect developed during the making of this film certainly translated to the final product.

Michaud and Carboni’s cinematic choices makes the film feel quite unique compared to other documentaries of its kind. While the cinematography is quite simple, it is very craftily executed and cleverly selected, paying great detail to the entire experience of going to the drive-in. Most noteworthy are the various radios receiving Roger’s welcoming voice.

If you’re old enough to remember the experience of a drive-in theater, you’re bound to find yourself filled with that great sensation of longing nostalgia. But it doesn’t feel like the type of general nostalgia we are surrounded with today with toys, television shows, and fashion from the 80’s and 90’s. This specific brand of nostalgia is exemplary of part of a complete American experience akin to baseball. To see the great dedication this couple has placed into building a drive-in theater that means so much not only to themselves, but to the communities it has touched, is an inspiring event in and of itself to witness.

Certainly there are several benefits to digital filmmaking, but it’s difficult to deny the quality experience of seeing a 35mm print. While the drive-in theater has to change from projecting 35mm prints to DCPs, at least the great experience is still alive. And it’s even better that dedicated Drive-in owners like Roger and Sharon Babcock, are determined to continue their legacy.