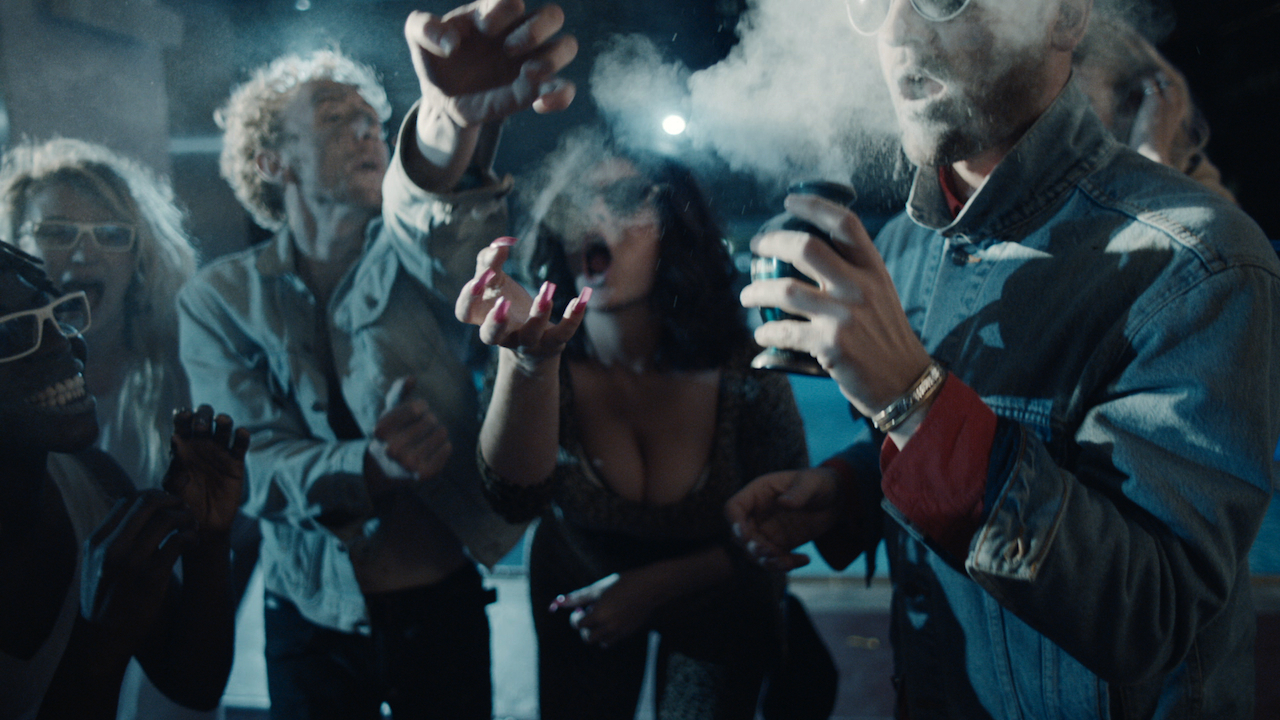 Cinema has often struggled with subjectivity. Much of the current dogma states that the only way to show a character’s inner-space is through clunky voiceover, something to be avoided at all costs. The handful of directors who successfully bridge that boundary, like David Lynch, often become objects of near-worship.

In this highly subjective film, which premiered at SXSW 2014, an innocent tourist travels to LA and unexpectedly conjures her sister’s last night alive.

It’s a truly unique aesthetic experience. Baldwin, initially trained as a dancer (she notably toured with David Byrne), makes expert use of the full range of cinematic power. Editing, cinematography and music merge with dance to create a fully realized universe, filled with equal doses of longing, unease and wonder.  Like Lynch, she understands that all of these tools are necessary to portray our complex inner lives.

In conceiving her work, Baldwin uses a traditional script format. She says that “I don’t make dance films. I use choreography and bodies to tell story in unexpected ways. I think of it as visceral cinema that puts the watcher in the protagonist’s shoes. I refer to sequences that use choreography as dreamscapes and/or dancescapes.”

This is already Baldwin’s second short to play SXSW. She’ll soon put her considerable talent to work as part of Collective: Unconscious, a collective webseries where a group of indie film wunderkinder will adapt each other’s dreams into short films.

She’s also moving into the feature film space with Glass, a true crime thriller about “a schizophrenic stalker and an unguarded dancer in our privacy-gone world.” The project, which has attracted attention from IFP and The Nantucket Screenwriter’s Colony, feels like a perfect continuation of the ambitious work we’ve seen so far.