A Manhattan bachelor dies and tries to convince an angel to put him back into his body so he can have a one night-stand.
READ REVIEW
Next Previous 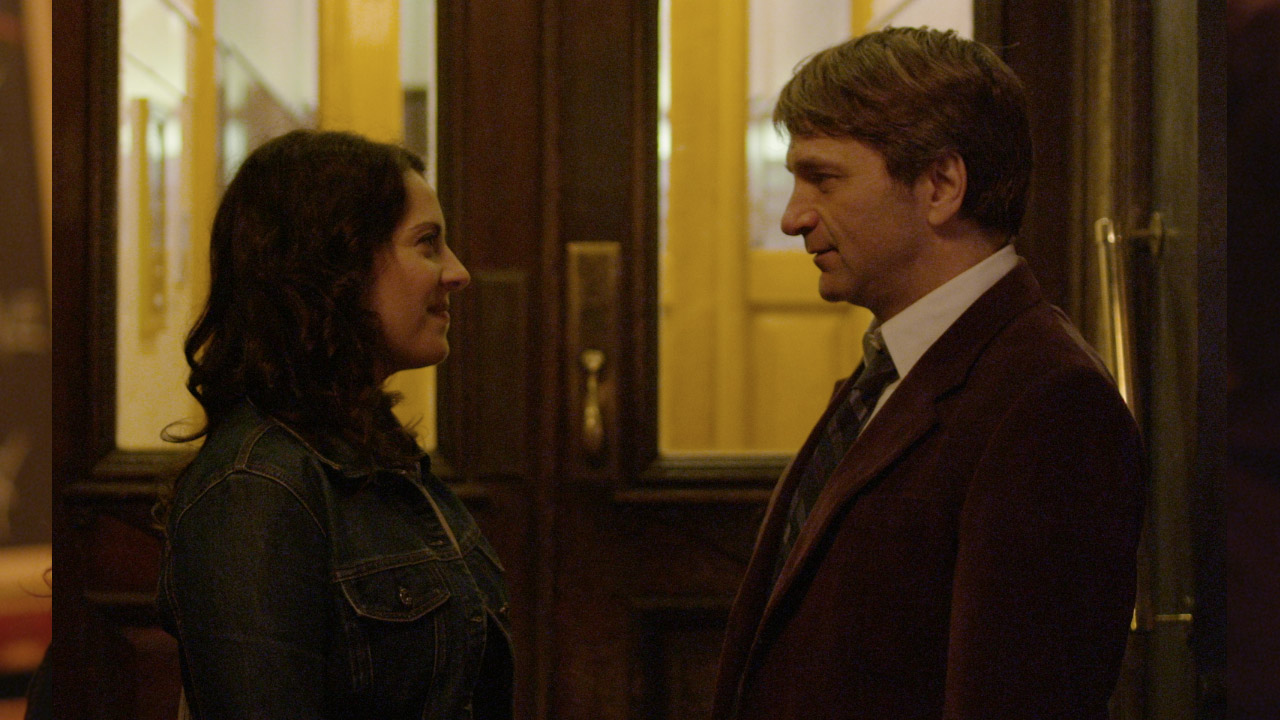 Currently, in the short film world, it’s relatively common to hear of a short being used as a “pitch” for a feature film. But, what about the other way around—the feature film being used as a springboard to launch a short? Yeah…not so much. Apart from Aningaaq (a companion piece to Cuarón’s Gravity in 2013), it’s really not a common practice. But, Ramin Serry’s Don’t Call It a Comeback aims to buck the norm. Serving as a “mini-sequel” to his indie feature film, Loveless, this short focuses on the same central character, Andrew, a commitment-adverse Manhattanite lothario. In this particular adventure, he’s on a quest to round home plate with his drunken date. Then, well, he dies.

Comeback is the sort of film that might, at first, appear to be a bit on the thin side when it comes to narrative. But, to be honest, considering the huge number of short films that I watch on a daily basis, it’s rare that a romantic-comedy can feel so effortless in its delivery. The performances are strong (more about that later), the concept is clever, and the pacing feels downright breezy. Within just 6 minutes, Serry manages to establish a situation, throw in some high-concept fantastical elements and world building (dead people wear track suits!), and finally, finish everything off with a humorous denouement that is bound to make you smirk at your laptop like an idiot. In other words, good stuff.

The performances are the standout here. Andrew von Urtz who plays Andrew the protagonist feels completely natural in his sleaziness. He’s not completely likeable, not completely unlikeable. Needless say, he’s an interesting character to watch—a different take on what could have easily been a stereotype. Likewise, his co star, Riva Di Paola, is perfectly natural and convincing as his inebriated target. It’s always a good thing when you can’t tell whether the two actors are going off the script or merely just riffing improv back at one another. This naturalism gives the film an undeniable rhythm and candor, something that certainly helps sell the larger metaphysical premise.

But, to get back to my original point, why make a short based on a feature film in the first place? Well, via e-mail director Serry explains his line of thinking: “I made Don’t Call It A Comeback as a short sequel to my feature film, Loveless, because even though Loveless received great reviews, I was having a hard time getting people to watch it. Like many filmmakers, I’ve found that it is incredibly difficult to get people to watch an entire feature.”

It’s a sobering thought. To be blunt, there are nearly an endless amount of indie features out there—most of which, after a minor festival run, disappear completely into the ether.  So, once you pour your heart (and bank account) into your great 80-minute indie masterpiece, how in the heck do you actually get people to watch it? Well, for Mr. Serry, making another (much shorter) film that represents the tone and style of its feature-length predecessor was worth a shot.

Additionally, if you enjoyed the comedic stylings of this film, check out another even MORE humorous comedic short directed by Serry entitled Future Hero, which not only did very well on the festival circuit, but is also currently featured on Stan Lee’s World of Heroes YouTube channel.