In a self-assembly cabinet, bereaved parents find a monstrous substitute for their dead son.
READ REVIEW
Next Previous 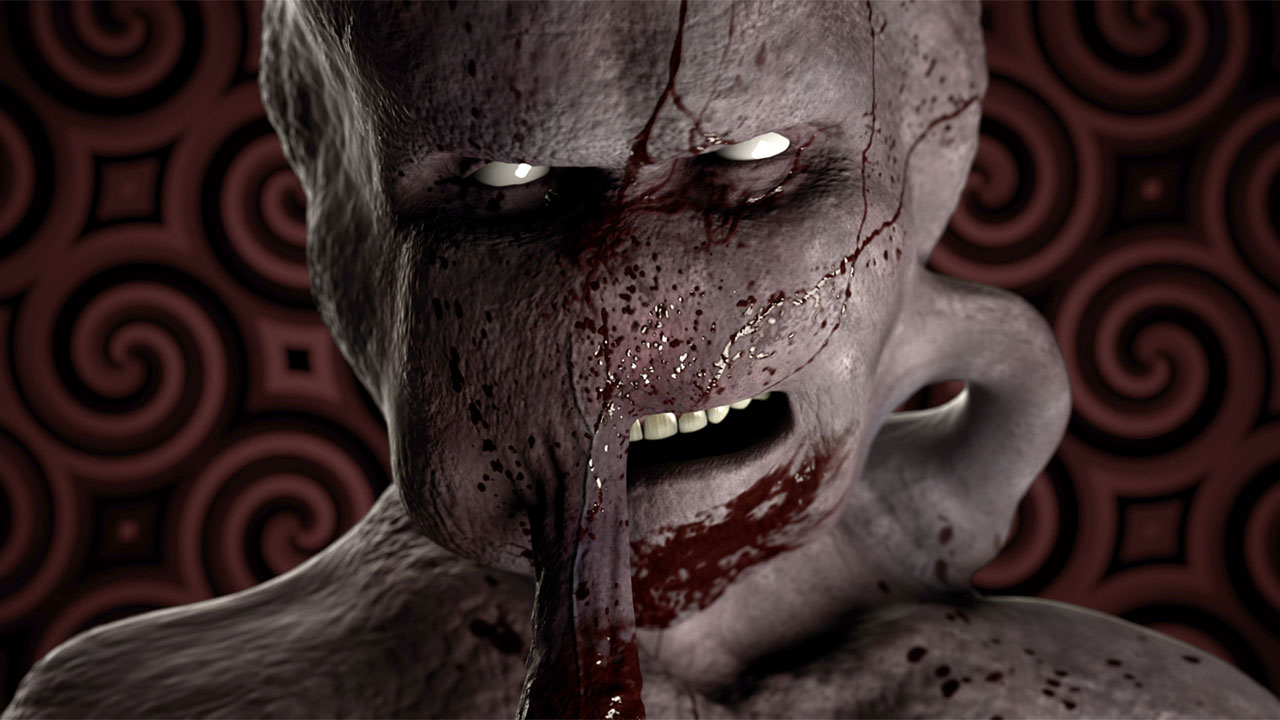 Based on the comic strip and characters by Gar Shanley & Cathal Duggan, Self-Assembly by director and VFX specialist Ray Sullivan takes us on a bizarre trip through the grieving process as a heartbroken couple try to fill the hole in their lives left by their deceased son. Blending simple black-and-white photography with some memorable physical and digital FX work, Sullivan’s bizarre film mixes dark-comedy elements with horror undertones to create a short as absurdly funny as it is unsettling.

The narrative for Self-Assembly follows bereaved parents Martin and Wendy through years of recovery as they try to get over the loss of their young son. Persuaded into buying ‘Salvo’s Self-Assembly Cabinet’ after a peculiar and hypnotic advert pops up on their computer screen, the pair soon find themselves as surrogate parents for a strange creature they discover in their new piece of furniture. Jumping through time as we witness their new “child” through various stages of his/her/its life, Self-Assembly is probably the weirdest coming-of-age tale you’re ever likely to witness.

“When I textured him to look like he was covered in scrotum skin, I knew it was the right call!”

Self-Assembly’s tender moments means it’s a film that cleverly walks a fine line between being moving and shocking and whilst its unique narrative is its driving force, it’s the FX work that’s bound to get the most focus. Eager to maintain what the filmmaker describes as “the ridiculous look from the comic”, we spoke to Sullivan to discover how he went about bringing this monstrous creation from page to screen:

“There are VFX and SFX in the film. VFX being digital, SFX being practical. The baby in the cabinet was all practical, it was made by Bobby McGlynn who also performed as the fully grown version of the creature. I handled all the VFX myself. I didn’t want to shy away from showing the creature at all. I had the skill to achieve a pretty realistic looking monster so I thought, why shouldn’t I show him off? And as the director I wanted to keep the visuals simple and clear. Everything was shot on a tripod bar two fully cg shots that I added camera shake to. There’s no handheld shots to blur the lines, the creature is out there in the open ready to be judged. I stayed away from giving him any kind of underlying skeletal structure or muscle system. He’s more of a mucousy balloon really. I originally pictured him having the texture of a marshmallow. But when I textured him to look like he was covered in scrotum skin, I knew it was the right call! It made his melted physiognomy look even more, uh… gross. Scenes with the younger creature were all key framed animation but for the final two scenes I used a technique known as rotomation. With this method you shoot the scene with an actor standing in for the creature and then trace over their performance with your digital character. It also means you have to remove the stand-in from every shot too but I found it incredibly helpful as I got a performance to drive the animation and Darryl and Amy had a performance to react to on the day.”

Experimentation is key in the short film industry. The format offers filmmakers the opportunity to try out ideas and test techniques without having to worry about the financial restrictions that comes with feature-length filmmaking and for me this freedom is one of the reasons I love short film. You couldn’t imagine Self Assembly existing in the feature-world – if it did it would have to be self or crowd-funded – yet here it is in all its grotesque bite-size glory! A personal-project, zero-budget film, Sullivan admits he made Self-Assembly because “it was a story I wanted to share and become a part of” and we’re so glad he did. As short film curators, we know this probably won’t be a film with mass appeal, but with our aim of discovering and encouraging the next generation of innovative storytellers always in our thoughts, we felt Self-Assembly was a film we just couldn’t ignore.