One of the best animations of the year, Rabbit and Deer are living happily and careless until their friendship is put to the test by Deer's new obsession to find the formula for the 3rd dimension.
READ REVIEW
Next Previous 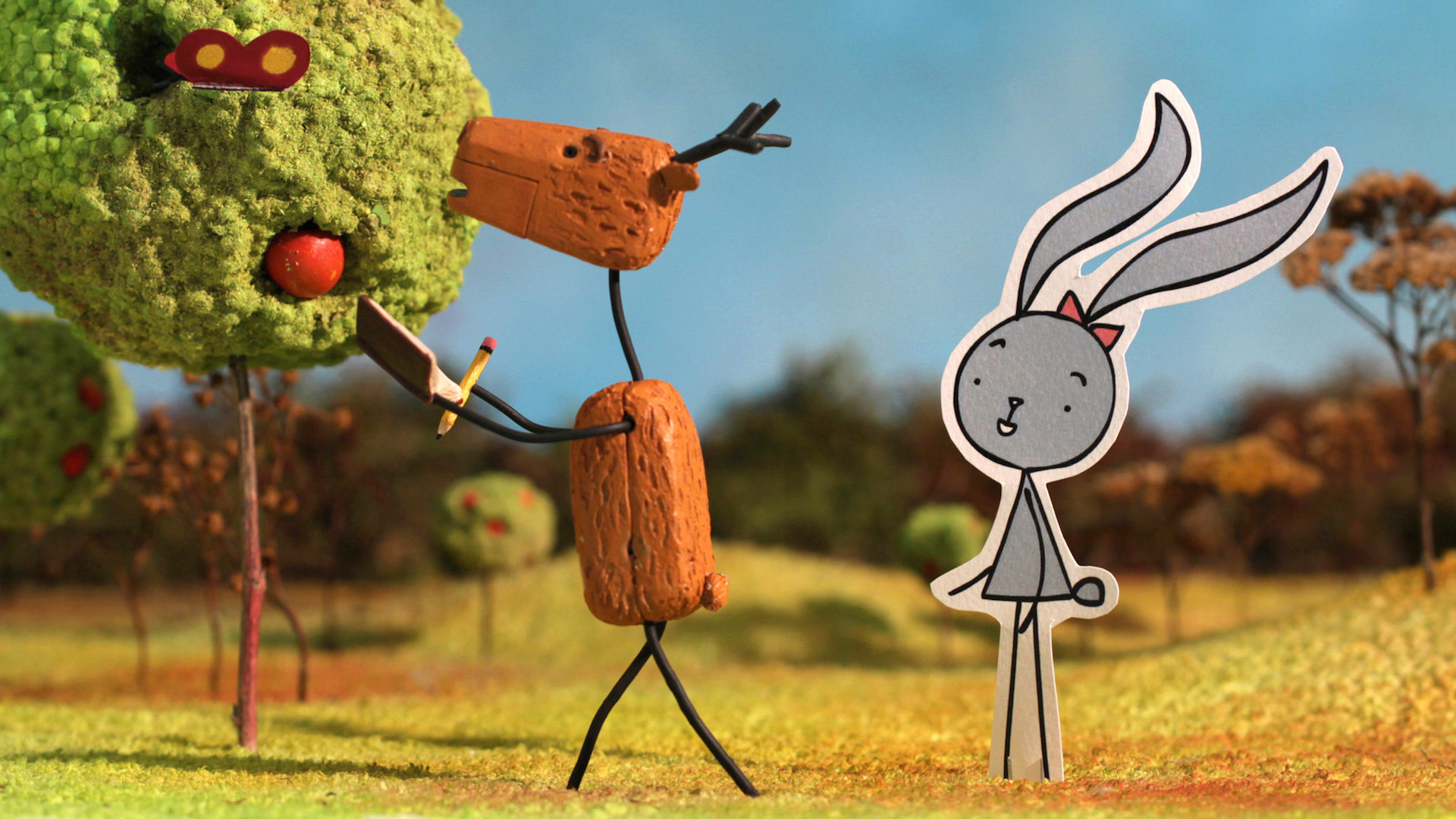 One of the most highly regarded animations, nay, short films, from the festival circuit has landed online. Rabbit and Deer, the graduation animation from Péter Vácz, is a joyful work greatly deserving of its hype. It is a film that effortlessly combines disparate thematic threads: sweet friendship, obsessive genius, lovers divided, and tops it off with a trippy, Matrix-like dive through the, errr…rabbit-hole.

At 16min, the film is unusually long for a student animation, but the film never feels like it. Beginning with a quick montage of friendship and play, it quickly establishes the central relationship between Rabbit and Deer, and places a smile on your face with its simple design and the couple’s humorous hijinks. The turning point—the introduction of the third dimension— arrives quickly and sets the central conflict into motion.

For many viewers the most striking aspect of the short is conceptual, but I’d like to draw focus to two aspects of the Vácz’s craft that are perhaps under-appreciated. The first is sound; we see a lot of animations at SotW, and choosing to go dialogue-less is a popular choice. This is a fine artistic decision, but too often it is actually a practical one—filmmakers unskilled in sound work don’t want to deal with casting, recording, design and generally spend very little time on audio period. Rabbit and Deer however sports an excellent soundscape, and the voice-acting, while not using words, achieves much of the same effect—it is a necessary component to the characterization and development of the plot.

Secondly, Vácz’s comedic timing is excellent! There are so many moments in the film that elicit delight, from the follies of the opening montage to the slow motion heave of the drink glass, to the little joke of Deer with the hair dryer. Taken on their own, these moments feel throwaway, hardly worth the effort in a 16min short, but it is the aggregation and phenomenal execution of these tiny details that really invest you in the fate of Rabbit and Deer.

Completed in 2012 at Moholy-Nagy University of Art and Design Budapest, this is somehow the first film we’ve featured from Hungary! Congrats to that country of nearly 10 million people. Vácz has been on our radar for a few years though, due to his ultra charming short  Streamschool (Patakiskola), but even that little gem could hardly have allowed us to predict his development. Vácz has officially put himself on the map as one of the great young independent animators on the scene. Signed to London’s Picasso Pictures, his first project at his new home was this Vimeo Staff Picked music video for the band James. If you want to learn more about about this artist and the film, we encourage you to check out his making-of post.