An office stiff wakes up in an alley mysteriously covered in blood. In the aftermath, he attracts the attention of his beautiful coworker, granting him a new lease on life ...but something strange is afoot.
READ REVIEW
Next Previous 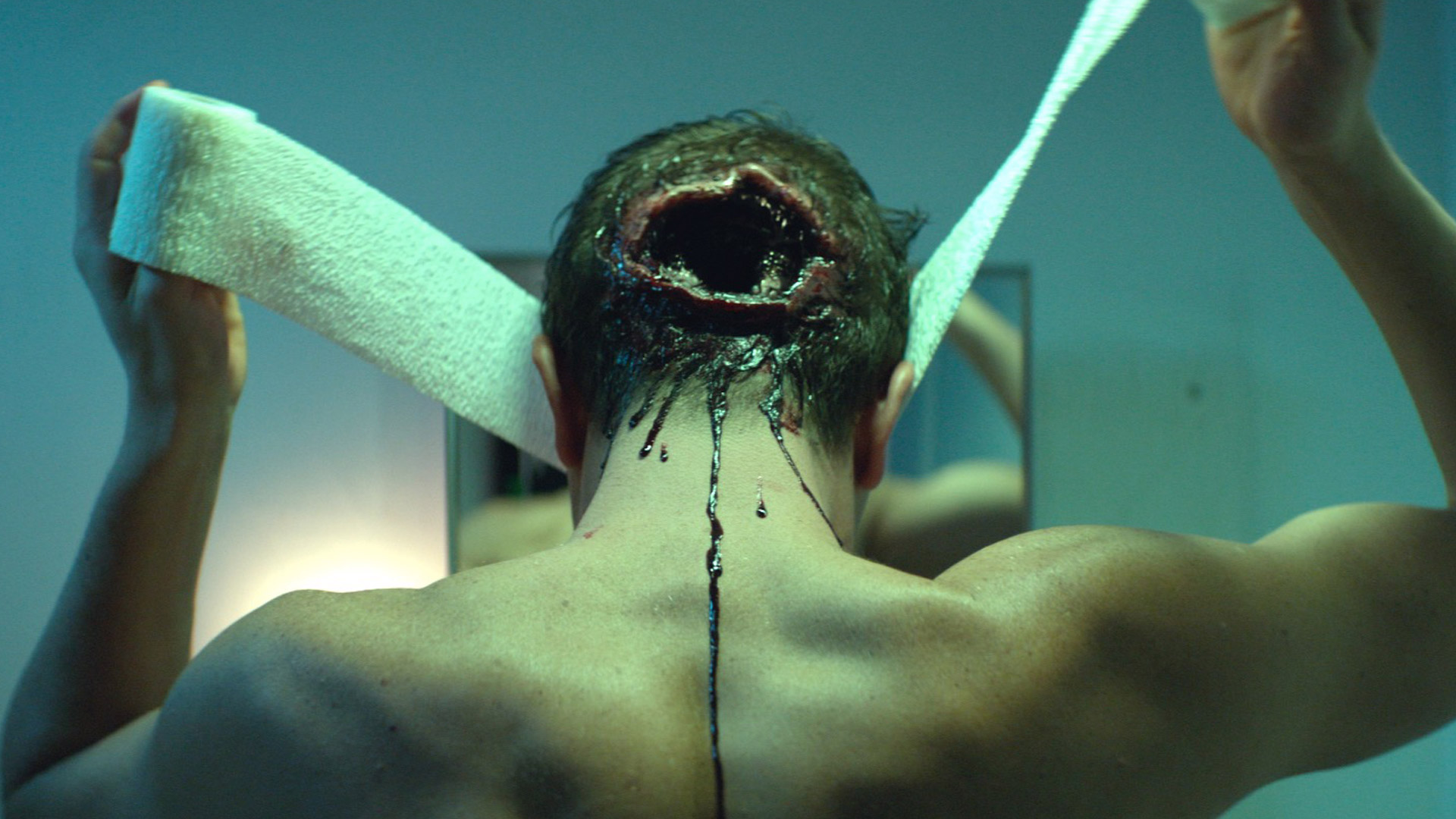 Make no bones about it, The Grey Matter is a weird film. Gaping head wounds. Sentient, talking maggots. Memory loss. I could go on. But, considering I’m constantly confronted with so much sameness in my visual entertainment (online or otherwise), weird can, sometimes, be a very good thing—especially when it’s as well realized as this.  Coming from the McCoubrey Brothers, a commercial directing duo, The Grey Matter is a story of boy meets girl meets head injury.  Really, it’s a tough film to describe and classify, but again, that’s what makes it interesting.

Following a boring “nobody,” we watch as he slowly loses his grip on reality after he wakes up in a pool of his own blood in an alley. Tonally, it’s a mishmash of various genres—from drama to comedy to creature feature. Normally, such an odd combination of styles might prove unsavory, but the McCoubrey Brothers use this kaleidoscope to craft something that’s stronger because of it.

Communicating via e-mail writer and co-director Pete McCoubrey states, “Having a soft spot for the genre movies from the 80s, we sort of missed they way those films often bounced around from horror to comedy to enigmatic to just flat out weird…as well as their inventive use of practical FX. Films like An American Werewolf in London, Return of the Living Dead, Big Trouble in Little China,The Fly, Brain Damage and Brazil all had a level of influence over our film’s initial conception. We wanted our film to honor the wild, inventive, and playful spirit of those films but still feel modern, cinematic and potentially leave the audience scratching their heads.”

Well, Mr. McCoubrey, mission accomplished. Honestly, I’m not sure if I “got” everything contained within The Grey Matter, but it’s a true testament to the film that after it abruptly ended, I still wanted more. The production is impressive and the cinematography (courtesty of the other McCoubrey brother, Luke) is stunning. The edit style is also strong. The film’s editor, Ron Patane, was recently nominated for an Independent Spirit Award for his work on the film, A Most Violent Year.

Based on the unconventional ending, as one might expect, this short functions as the truncated first act to a feature film that Pete and Luke McCoubrey have already planned out. In fact, the full length script is currently available to read on The Black List’s website. So, if there are any indie producers out there, take heed and give the McCoubrey Brothers some shekels so they can  realize their vision. I mean, c’mon—the cinematic world just needs some more talking maggots.