A man returns to the midwestern farm of his childhood on a desperate mission to unearth the horrifying truth of what landed there in the summer of 1960.
READ REVIEW
Next Previous 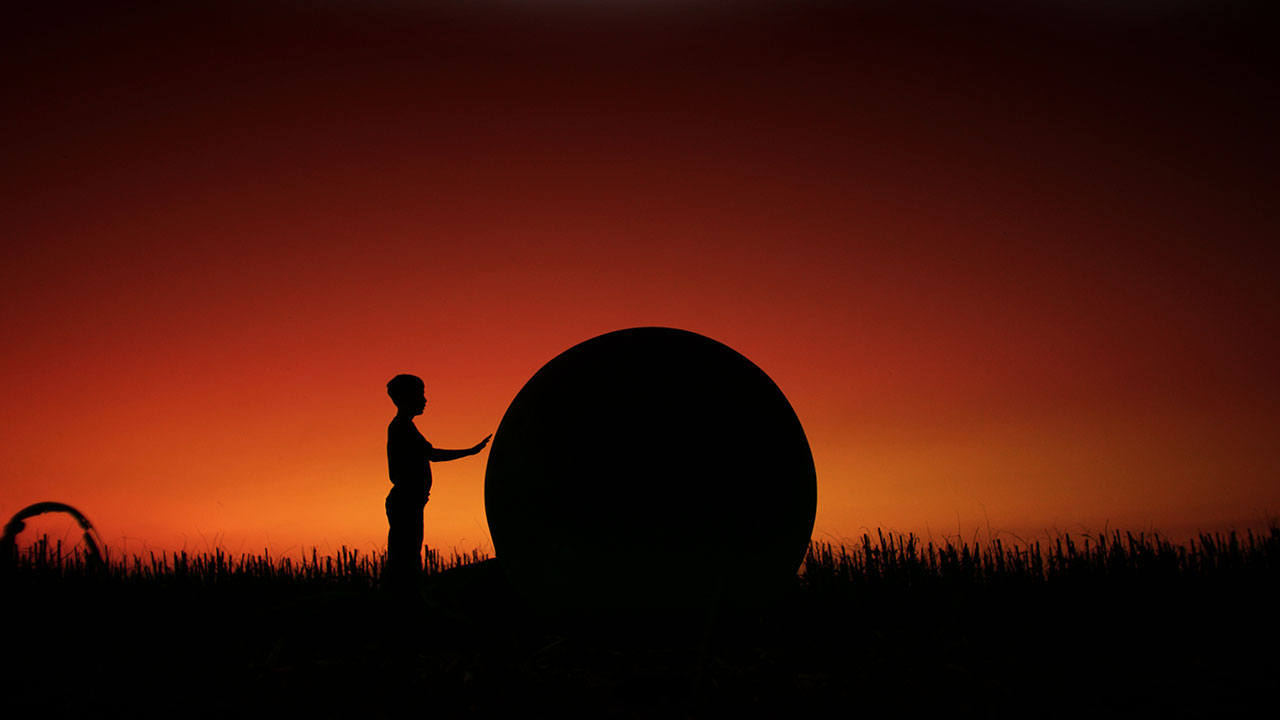 In recent times, anyone who knows anything about short film will often know that seeing the words sci-fi used when describing a film, will often mean you’re looking at a proof-of-concept short – one designed to be expanded into a longer storyline at a later date. Whilst Josh Tanner’s The Landing is already being developed into a meatier piece after a successful festival run, write it off as just another introduction to a larger universe and you’ll be doing it a huge injustice (hell…it’s not even really a science-fiction film!). Featuring some strong performances from its small cast and some even stronger production values from its talented crew, this short features a look, feel and story capable of slugging it out with Hollywood features of a similar vein.

On the surface, with its unidentified flying objects dropping out of the sky, The Landing feels like a science-fiction film perfectly tapping into the cold war paranoia of the 1960’s. Life has taught us however that we should never judge a book by its cover and strip away the mysteries and tension present throughout Tanner’s film and what you’re left with is a character-driven story about a father/son relationship. Cutting between the past and present day – where we witness our desperate protagonist (Edward) attempting to (literally) unearth a secret buried for over 50-years – The Landing jumps between the two time-periods as we slowly discover why Edward has returned to his childhood home armed with a shovel.

Set in mid-west America but filmed in Australia, Tanner and his crew have done an amazing job with the aesthetic of their film. Utilising a barn left over from the set of Bryan Singer’s Superman Returns and some unobtrusive VFX work the team not only transported their location 15,000km but created a “feature-esque” feel for their short. Influenced by both the Spielberg/Amblin era of Sci-Fi and the golden age of the 1950s/early 60s Sci-Fi cinema, The Landing is a real calling-card for all those involved in bringing it from script to screen.

Currently working on turning the afore-mentioned “feature-esque” feel into an actual feature length version of The Landing, young director Tanner certainly looks like a filmmaker to keep an eye on in the near-future.

If you want to find out more about the process behind creating The Landing, be sure to check out our in-depth interview with its director here