My Mom is an Airplane

Life's a breeze when your mom is an airplane! Yulya Aronova's Annie-nominated short film is child-like innocence and wonder epitomized.
READ REVIEW
Next Previous

My Mom is an Airplane 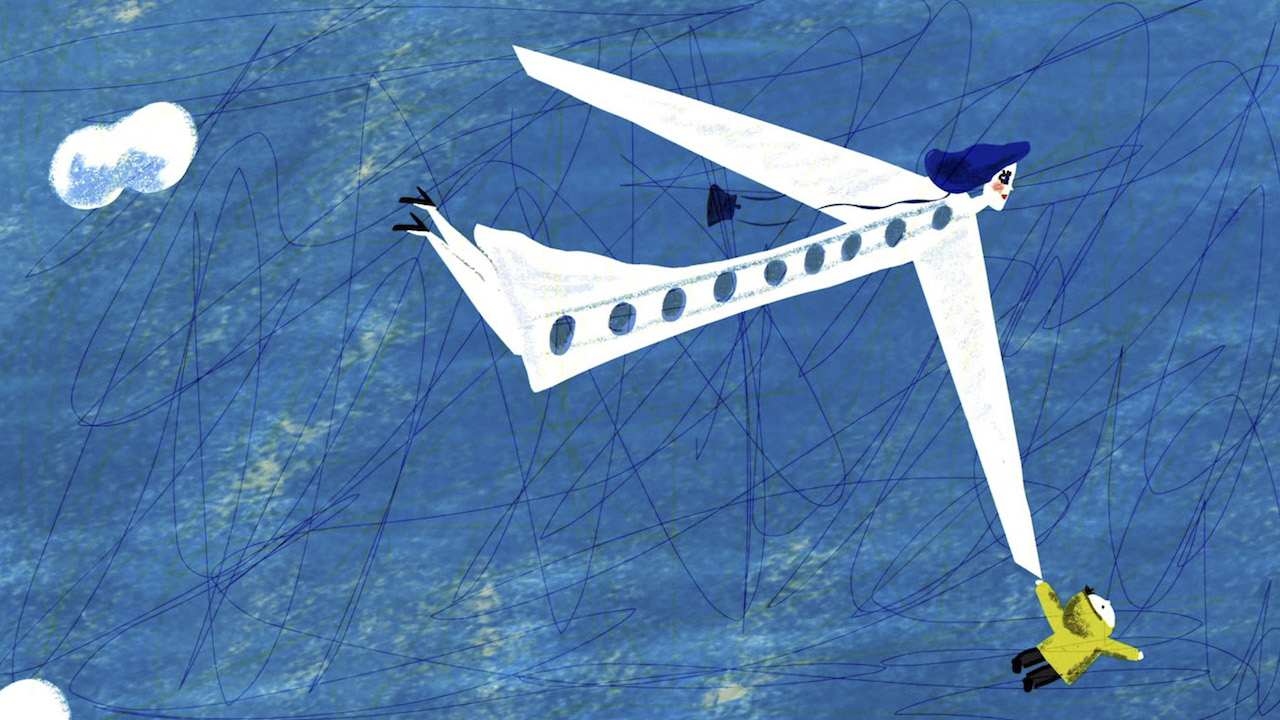 It seems to me that that animators as a creative class are more prone to subversion in their work than other sorts of filmmakers, especially those animators in the independent space. If I have to psychologize I’d say it’s compensation for the lingering dismissal of the medium in the larger culture as “kid’s stuff”, and in the independent space in particular a feeling that one should provide pushback against the domination of the commercial industry, represented by Disney, Pixar et al. You want kid’s stuff? Nick Cross’ stuff looks cute and sweet and….oh no! OH GOD! WHY?!!! Less macabre but as appropriate is the work of Don Hertzfeldt, or even Grant Orchard’s Oscar-winner from two years back.

As I have the bad habit of doing, I’ve once again introduced a film by describing its opposite. But it was useful to do in order to contextualize for you my state of mind when first viewing My Mom is an Airplane. As sad as it may seem I’m conditioned to expect the worse from a simple fantasy setup such as a flying mom (yes the title is literal!). Is she going fall out of the sky? Crash into a building? Become co-opted by the military-industrial complex in order to provide for her child and be forced to drop bombs or nameless peoples in a far away land?!! I kid you not, the first time through the film I kept waiting for the other shoe to drop, half-expecting some terrible twist.

Spoiler alert: it doesn’t happen. Russian animator Yulya Aronova plays the concept straight, providing the film with an undiluted sense of wonder that is so pure it is disarming. Narrated by the offspring of our airplane mother, Aronova doesn’t so much make a kid’s film as she makes a child’s film—a work which follows the meandering contours and radical potential of a child’s imagination yet reflects the limitations of their nascent narrative skill. My Mom is an Airplane! is for the most part narrativeless, a mirroring of a child’s “and then, and then, and then,” method of storytelling, but the film is all the more charming for it. It is a difficult thing it seems to me for adults to make films that seem truly child-like, but Aronova has done it. After an Annie nomination for best short film last year and a prize at September’s Toronto International Film Fest, it seems there is a market for this kind of guile-less animation, so let’s hope we see more from Ms. Aronova soon.