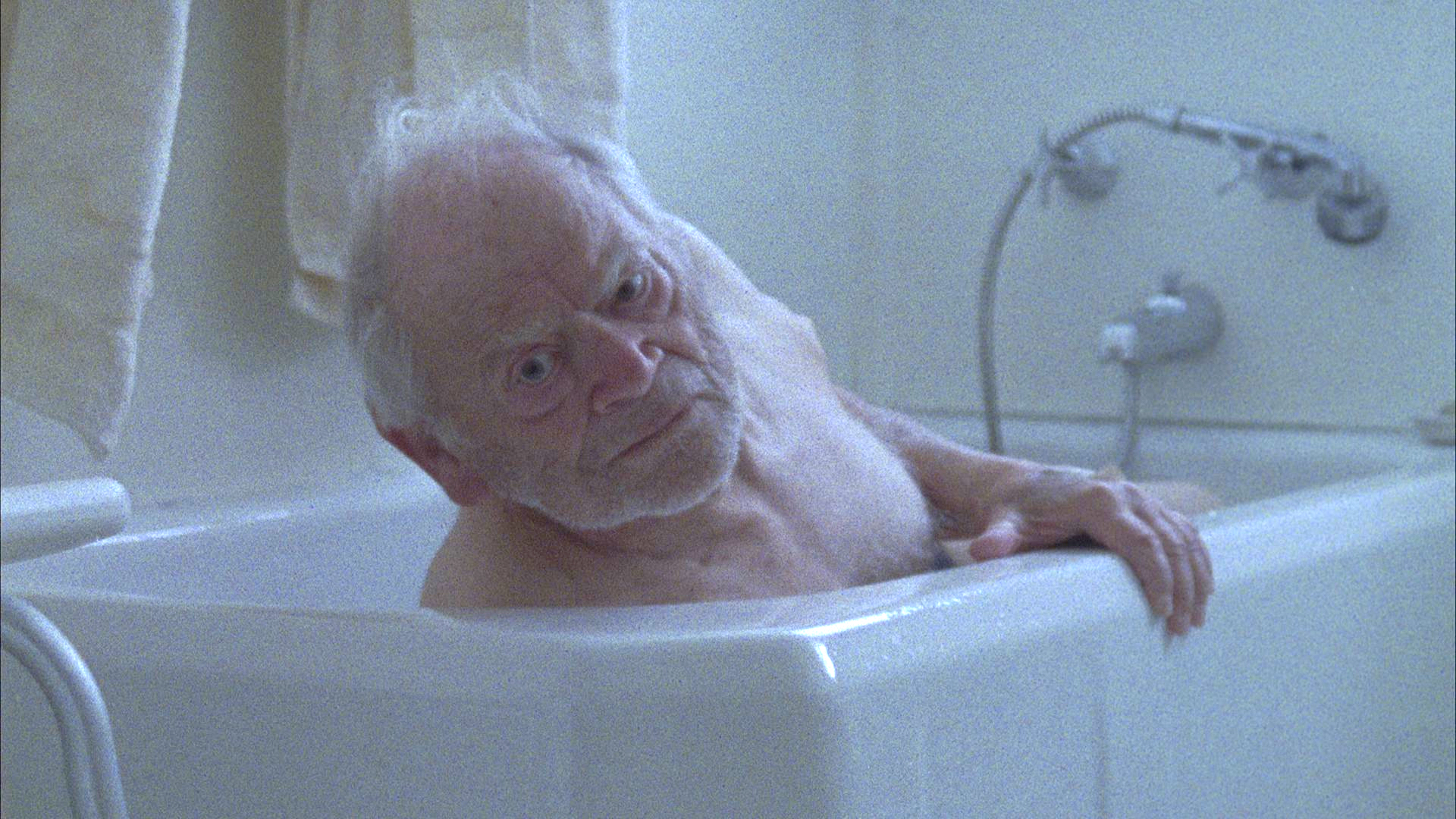 Partly inspired by Ernest Hemingway novel The Old Man and the Sea, Ian Samuels’ Caterwaul is a unique and dramatic short film exploring themes of love and loss. Revolving around a strange bond developed between a lonely fisherman and his latest catch, the director/writer’s unusual plot is based on observations of family and friends who have taken on caretaker roles over partners on the verge of passing. Blending live-action filmmaking techniques, with some memorable puppetry work, Samuels has created a narrative and aesthetic bound to exist in its audience memory long after viewing.

Described rather imaginatively on Movie Mezzanine as what the first 6-minutes of Up could have looked like if it was directed by David Cronenberg, if you’re reading this article before watching Samuels’ short and you’re thinking the premise of an ageing fisherman developing an intimate relationship with a lobster sounds weird – you’re not going to be disappointed! From the moment this bond between man and crustacean takes place, the odd tone is set and things rapidly descend into even odder territories as the narrative unwinds. From the briefest of touches of claw on hand, to a long and knowing stare into each others eyes, director Samuels does a great job of building the connection between this lonely seaman and his newest catch and despite its somewhat ridiculous concept, there’s a real emotion-filled tenderness to Caterwaul. It’s to the filmmaker’s credit that despite the bizarre scenarios of his short, what we take from his film isn’t a feeling of being disturbed or freaked out – but a feeling of being genuinely touched by the power of his piece.

It feels like it has been a while since I referred to our submit page in an article, but whenever deciding if a short film is fit for our platform, I always like to refer back to the question of ‘What Do You Look for in a Film?’ in our brief. Boiling it down to the fact that we believe great shorts share four qualities: Relevant, Unique, Emotional, and Entertaining – its fair to say Caterwaul ticks all the boxes here:

Relevant – The themes of love and loss are ones we can all relate to in some form or another.

Emotional – Overflowing with it thanks to an assured performance from George Murdock and the director’s delicate handling of such an absurd storyline.

Entertaining – ok, so it’s not exactly a laugh-a-minute, but it depends how you define entertaining. There’s certainly something engaging and even somewhat pleasurable about watching Samuels’ film.

It’s fairly apparent that Caterwaul wont be everyone’s cup-of-tea, but give it the time and patience it deserves (we knew that’s not always an easy thing to do online) and we’re sure a great deal of you will really enjoy the touching experience it provides. If you don’t, why not just impress your friends by telling them you just watched a short film about man falling in love with a lobster – that’s guaranteed to be a conversation starter.