Gordon, a dimwitted but sweet man with pure intentions, follows some bad advice and tries to impress the woman of his dreams by scaring the daylights out of her.
READ REVIEW
Next Previous 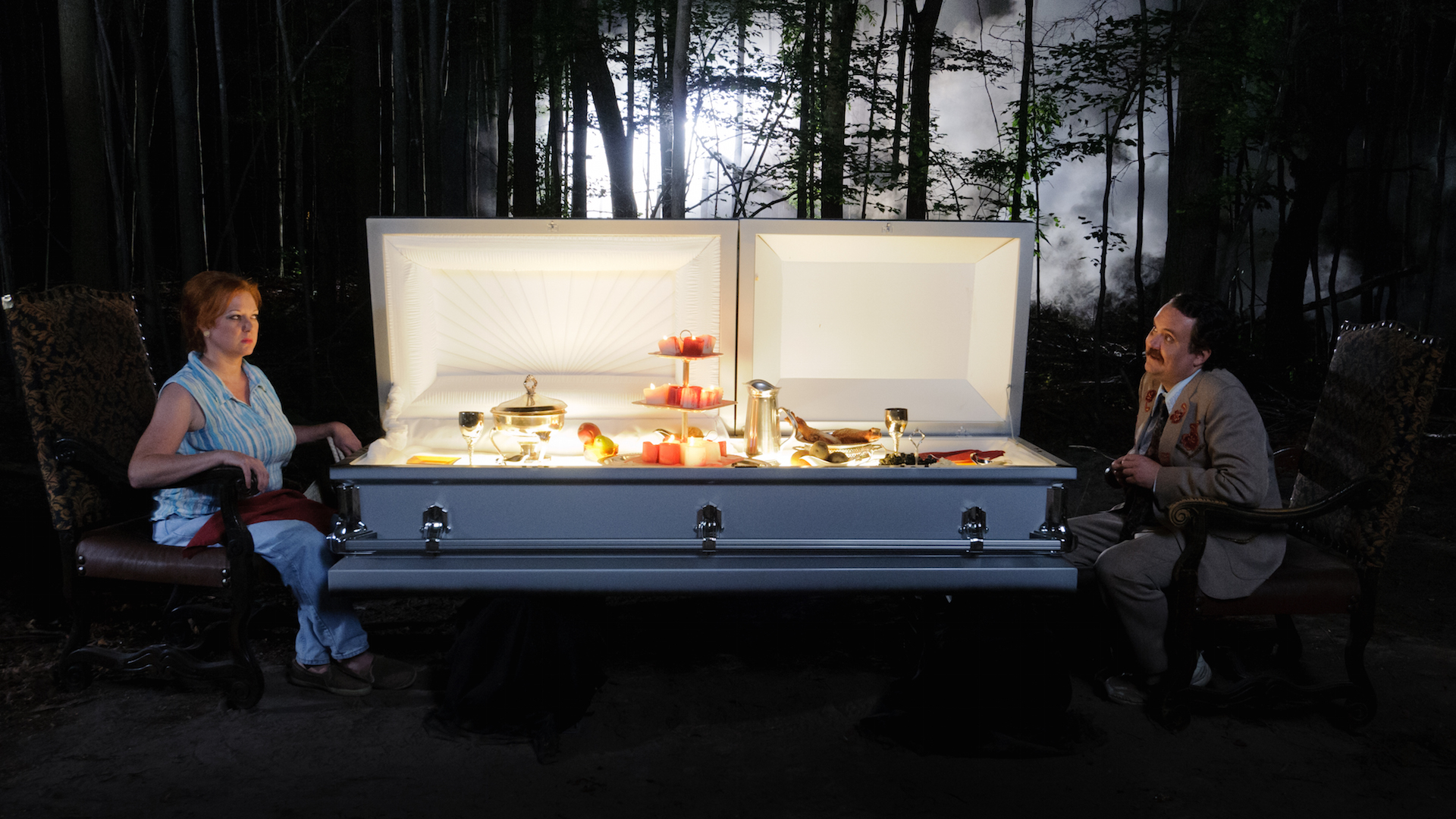 It’s been a week of scares on SotW, and we come to a close with something a little lighter for you. Oh it’s got treks to isolated woods, coffins, mad scientists, and mutant kids, but Melon Head, from Columbia MFA student Andy Fortenbacher, is mostly about the unbearable tension of first dates and the horror of confessing love.

Gordon is a loveable goof who has an insane crush on Wendy, his sister’s co-worker at the local laundromat. Played with wonderful patheticness by Jonathan Spencer, Gordon, through sheer perseverance manages to win a date with the twice-divorced Wendy and hatches a plan to spook her into a state of vulnerability by taking her out to the woods—the site of which, if local news reports are to be believed,  a group of homicidal mutant kids known as the “Melon Heads” lurk.

Fortenbacher is a bit of an anomaly in contemporary short film in that he practices a sort of broad, wacky humor that can feel like a throwback compared to the highly particular indie-comedy we usually confront. With this and his earlier short The Painter and His Wife, we see affinity for slapstick, BIG characters defined by their social unease, and a tendency towards ludicrous situations. Like those 80’s studio movies Fortenbacher seemingly draws inspiration from, the films are immaculately crafted too. From direction to cinematography, to edit, Melon Head belies it’s student films roots and is about as polished a work as you’ll see in shorts. Fortenbacher’s extensive previous experience on union camera crews likely provides much of his ease on set. One gets the sense that he and his team could easily make the jump into a feature right now.

Not coincidentally therefore, according the film’s producer Rob Cristiano, a feature version of Melon Head is in the works currently which will follow a different narrative but be similar in feel and theme. When everyone zigs it is best to zag, and it would be great to see this form of polished, professional dark comedy flourish again on the festival scene—let’s wish them luck. Follow the project at the film’s website.