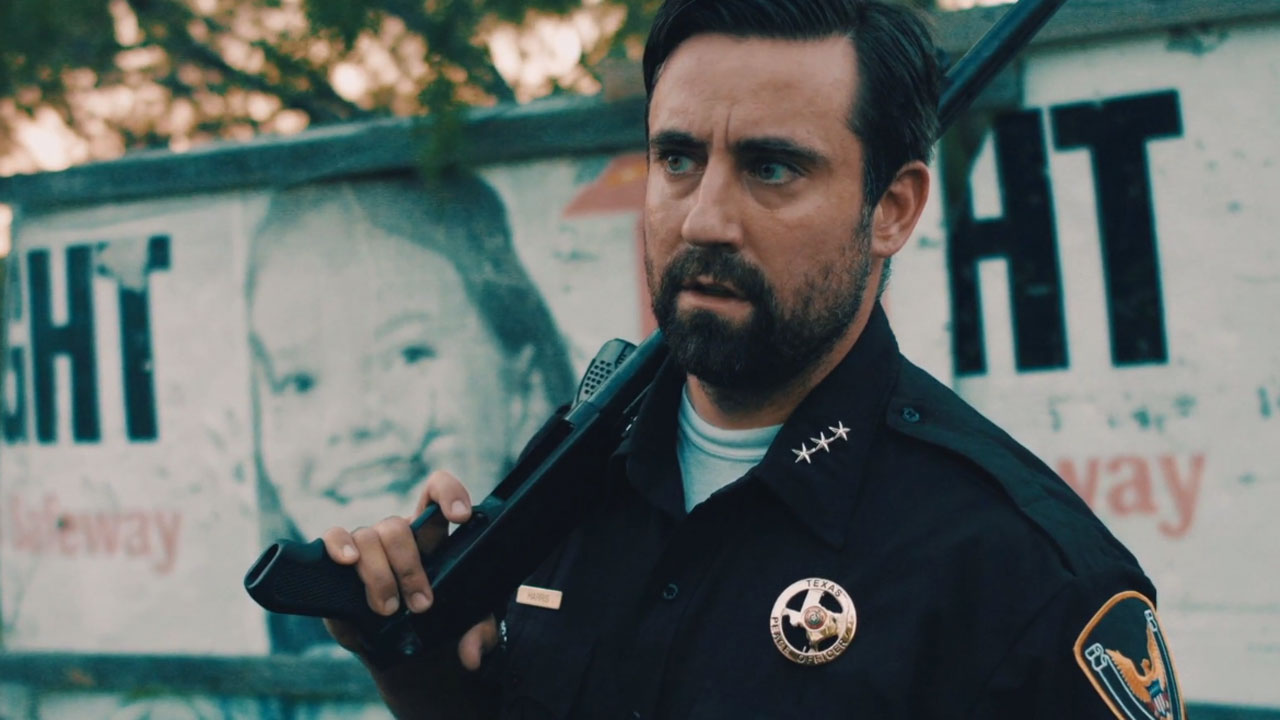 Visually and tonally inspired by True Detective, The Walking Dead and the cult feature-length horror The Texas Chainsaw Massacre, Behold the Noose is a 9-minute fear-ridden journey into deepest, darkest Texas. Brimming with tension, this short, co-written by Sheldon R. Chick & Jamie Ryan Scott Brooks, follows Deputy Harris on an eerie mission to discover the whereabouts of a missing girl.

Inspired to create the narrative for Behold the Noose after being invited by a friend who runs one the largest haunted park attractions in the country to use it as a location. Director Brooks describes the process of making the film as a “creative outlet” after working on numerous commercial/corporate projects. Although, as the filmmaker puts it, he’s “not crazy into the horror genre”, with their location acting as such a huge asset in production Brooks and his co-writer put their heads together and came up with the script for Behold the Noose.

Shot in just 24 hours on the Blackmagic 4k Production Camera, the crew set themselves quite an arduous and challenging task in completing filming in such a limited time. Admitting that these time restrictions meant creative compromises had to take place, director Brooks revealed to Short of the Week that he still had high aims for his short – “With little to no budget and still wanting to achieve a high production value we needed to be able to get the shots needed in a very short period of time…so the idea was to use our strength in the art department and production design of Jeff Gilbreth and his team to ensure the sets were all ready to go for the day of filming. From there it was just mostly handheld and having a professional actor, Major Dodge, who can move through a lot of shots without too many takes. Huge props to him for taking such a beating, and always keeping spirits high even while be drug across the scorpion-and-spider infested trail. We limited the lighting set ups by using available light, and dropped the crane shots that were in the initial treatment.”

Now in pre-production of feature-length project Bomb City, a film Brooks describes as “a true story based on the hatred and oppression of a group of punk revolutionaries in a conservative Texas town”. You can find out more about their latest movie at bombcityfilm.com.