Bobby and Sherry struggle with one of the most difficult of life's challenges.
READ REVIEW
Next Previous 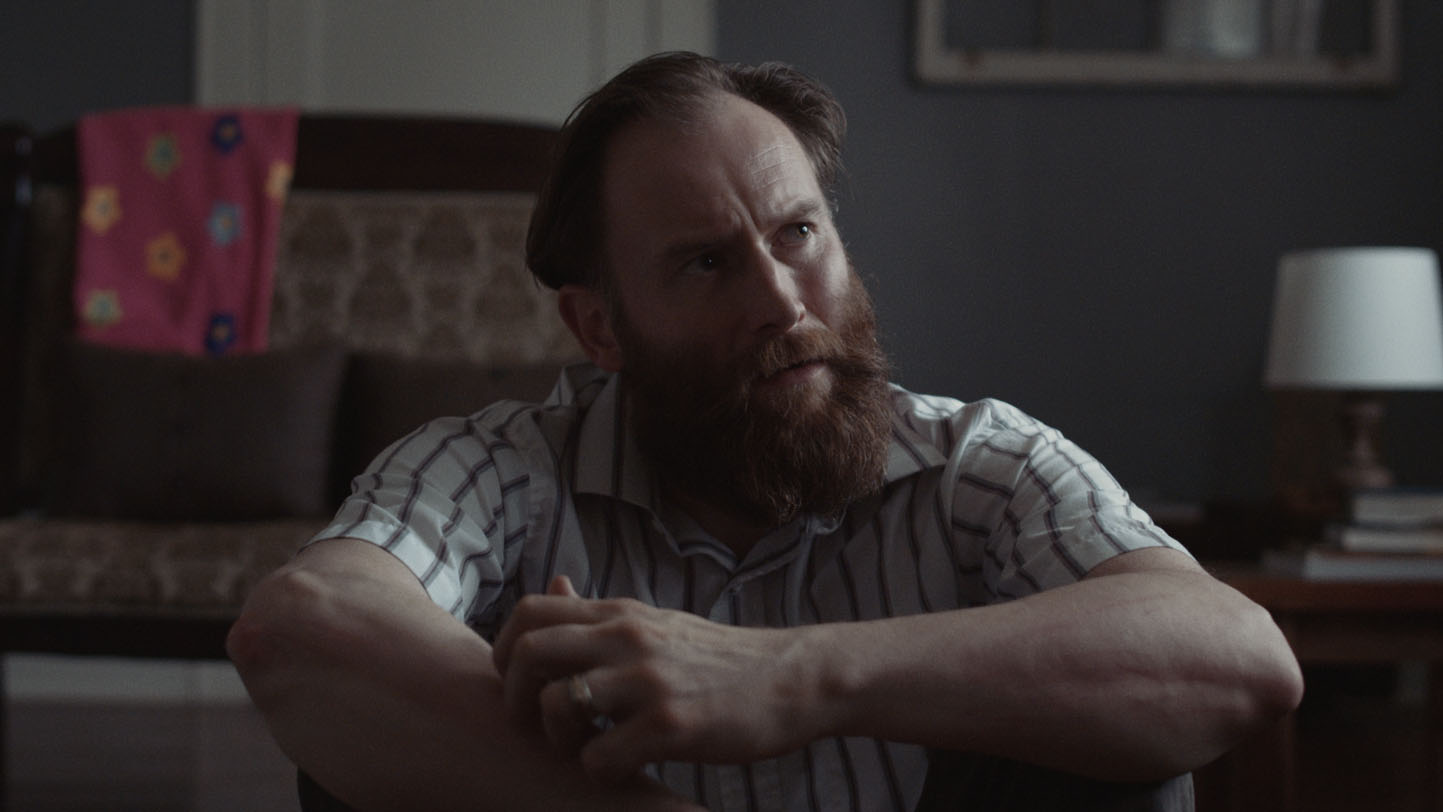 If ever there were a riveting performance of note, this is it. Mark Ashworth stars as Bobby in Justin Robinson’s Grape Soda, a uniquely intimate film addressing challenges of life and loss. While this film has a seemingly slow pace, tensions certainly run high throughout. It’s difficult not to fully engage in the narrative as Robinson sucks you in with his masterful directorial piece of art.

Imagery is unarguably significant in all films, but the imagery in Grape Soda has an immensely unique effect.  There’s not a single image presented to us that does not serve an effective narrative function. Every single image communicates a specific element of the surrounding narrative, slowly allowing us to decrypt the narrative encryption Robinson created for us.

The use of sound in this film is in particular worth noting. The subtle music certainly enhances the narrative perfectly, but the most forceful aspect of the sound design is in Robinson’s use of silence.

Many actors display emotions the viewer can register, perceive, and relate to, but Ashworth’s performance is so immensely powerful he makes us genuinely feel his experience as though we are experiencing it directly through him. The effect of his performance has more impact than simply making the audience sympathize or empathize with his character. We don’t simply understand Bobby; we become him. Overall the performances in Grape Soda are truly remarkable. Robinson took great advantage of the capabilities of the talent he had on hand. There isn’t a single moment in which the body language of each character isn’t noticeably perfect. The prominent yet subtle physical and vocal tensions elicit a catalyst of emotions.

There is a scene I would like, without divulging too much the narrative, to pay special attention to, and this is the scene in which Rodrigo(played by Cranston Johnson) approaches Bobby while he eats his lunch in the break room. There is something particularly special about this scene in how the effect of the established connection Robinson built between Bobby and the audience greatly impacts how we perceive the interaction between Bobby and Rodrigo. It is easy to say that is the case with all interactions between characters on the screen, but what makes this scene particularly special is how it directly impacts what we feel. Rodrigo genuinely tries to make a connection with a clearly troubled man and offers a gesture of friendship, but in some ways we experience his consoling through the lens and body of the unconsolable. What interests me most is that Rodrigo’s performance doesn’t come off as disingenuous; on the contrary, it’s truthfully meaningful. But we carry the weight of what Bobby carries and it renders us unable to truly register what Rodrigo is saying, but certainly appreciate the sincerity and warmth of his gesture. Grape Soda forces us to really look at ourselves as we relate to others. It reminds us of not only how we relate to them, but on the kind of impact we can have (from our significant others to the telephone operator) on the lives of others. And while might feel lonesome and forsaken in our darkest hours, it assures us that we will never be alone.