Renegade has lost everything...all he has left is his Renegade underwear. Embarking on a quest to claim back what is rightfully his, he battles through dangerous lands to win back his wife from the evil Dr. Monocle.
READ REVIEW
Next Previous 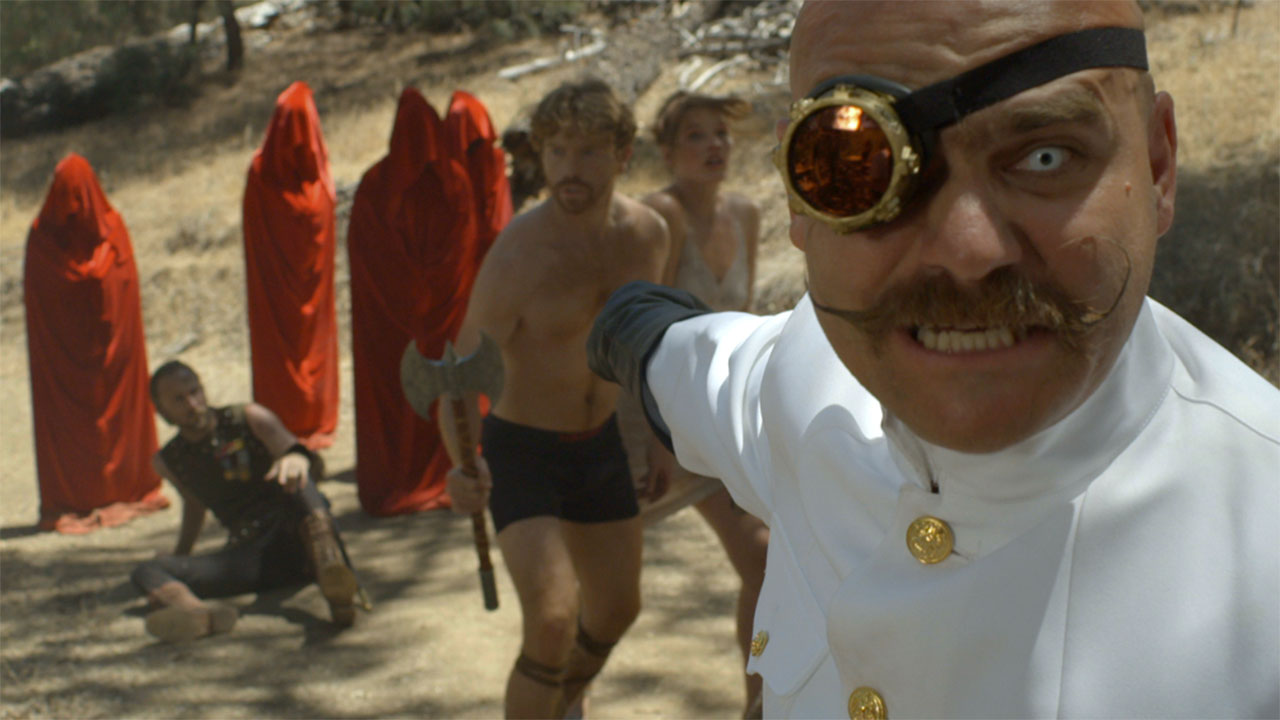 Inspired by He-man, Harrison Ford, Paul Newman, 80’s Action figures and the childish desire to run around in your underwear pretending to be a superhero…welcome to the universe of RENEGADE. The story of a man who loses everything – his wife…erm, his clothes! Michael Cavanaugh & Kevin Van Witt’s short blends B-movie stereotypes, American Pulp Comic imagery and a bucket load of influences into a 4-minute narrative of riotous action.

Initially inspired by a photo shoot which involved Cavanaugh riding a motorcycle in his underwear, the RENEGADE storyline was born from conversations revolving around the embarrassment he felt surrounding the corniness of the images. “I didn’t want anyone to see the photos”, Cavanaugh admits, “but then I started to think about how funny it was and I met with my friend, the director Kevin Van Witt, and we started joking about how this guy ended up in his underwear on a motorcycle. We started coming up with this story about a guy having his clothes and his wife stolen in the middle of the night and being left with only his underwear, the keys to his motorcycle and his quest for revenge. We kept coming up with images and characters and connecting everything we wanted to see him do, like fight three guys at once, throw a spear at Zeus, talk on the telephone and have an epic kiss with his love. Just fun iconic imagery. The story evolved from there”.

At just over 4-minutes long it’s amazing how much action and humour they pack into their tightly condensed …short. Originally playing around with durations around the 8/9-minute mark, the directorial duo compressed their storyline right down after they realised the faster pace was better suited to their concept – alleviating any possibility of their audience getting bored with their action-based jokes. Playing on the idea that most action-films are inherently funny, Cavanaugh claims it wasn’t too hard to set the mood of his film – “the main character is running around in his under pants which handles a lot of the tone. We play everything pretty straight in this, but the situations and the way the characters go about expressing themselves are so heightened that they end up being pretty funny. They live in this world, so its life and death for them, but for us it is a joy to see them running around and yelling and kissing.”

With Van Witt currently finishing a feature-length script For Booms, based on a short film of the same name and Cavanaugh shooting a romantic-comedy short-series about a guy who can’t meet any girls that have read the exact same books as him. Now we now the immediate future for our pair of fun-loving filmmakers, we’re left with just one question…where do we get our branded RENEGADE boxers from?