Two nobodies try to find their place in a world of somebodies.
READ REVIEW
Next Previous 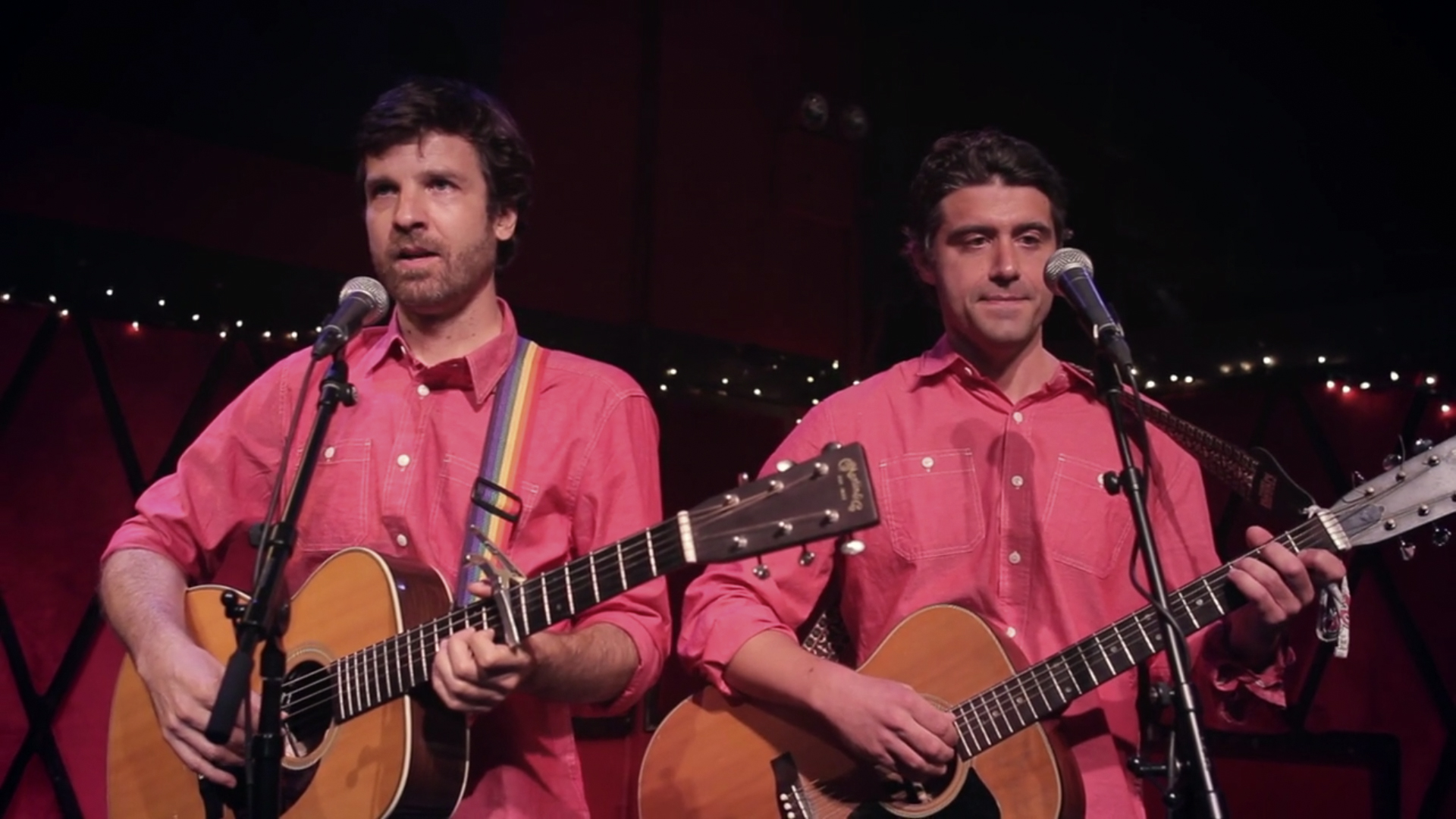 In an article on the cult comedy series Party Down, Indiewire‘s Liz Shannon Miller wrote, “what’s sadder, giving up on a dream or refusing to do so, even when the odds are incredibly against you?” In the show a group of wannabe actors, comedians and writers are stuck in a day job of event catering and have to face the realities of the hardships of making it in their chosen artistic fields. Short film “The Nobodies”, by Dusty Brown and Greg Bratman, deals with a similar subject, with the two main characters trying to make it as budding musicians while being unemployed or recently laid off from a job as a mailman respectively. The question of what it takes to find the courage to follow your dream is the ongoing theme of a narrative the directors describe as ‘the story of two “nobodies” who struggle to figure out what it means to be “somebody”‘.

The writing/performing/directing duo met and started out at the legendary improv theater Upright Citizen Brigade and formed a long-running show at UCB, called THE BARREL BROTHERS. With a concept described by its creators as being “about two brothers from Kansas who perform vaudeville and have dreams about making it big in New York City, [but] the only problem is that they’re terrible performers, and they end up bombing in front of the audience”, the short plays like an advanced film version of that storyline. Although the story is not autobiographical, the filmmakers took some inspiration from their own lives. As Greg Bratman told me via e-Mail, “The origins of this short film definitely trace back to those feelings and experiences that came from “not fitting in” in a variety of ways, as we grew up together in the Bay Area of California – and the particular type of friendship that we formed because of these shared experiences.”

Despite the existential crisis that lies beneath the plot of The Nobodies, the filmmakers tell their story with a light tone and draw their characters – which they play themselves – as a duo of likeable losers. They surround the two main characters with guest and supporting appearances from recognizable faces from film and TV, such as Jim Gaffigan (Away We Go), Jack McBrayer (30 Rock), Tony Hale (Arrested Development, Veep) and Ellie Kemper (Bridesmaids, The Office), who the two directors met through their time with UCB, and which makes for a bonus viewing pleasure for comedy fans. Although the short was micro-budget (crowdfunded via Kickstarter), at least compared to the projects the filmmakers’ well-known friends normally work on, and the performers were only available for brief periods of time, the directorial duo were grateful for their fellow performers making this film possible – “they still delivered under these circumstances in incredible ways [and the] friendship with all of them played a big part in that experience.”

While trying to break through as an artist is a difficult task in itself, it is also important to note how much self-worth is gained from having a job at all and that the state of unemployment can be a burden on the confidence we have in ourselves. Being a wannabe musician, or any kind of artist for that matter, has it’s obstacles and it is not always easy to earn the respect of the people around you while working on an abstract dream that for others might seem like you’re doing nothing. One has to find the courage in themselves to show the world the merits of a profession that doesn’t prioritize the need to earn money. So while the finale with the performance of the duo’s song “Love Will Win The Day” feels melancholic and admittedly a bit cheesy, it is also hopeful and worth the wait for the first act in the rest of their lives.