An intimate portrayal of a vanishing island deep in the heart of the Louisiana bayous.
READ REVIEW
Next Previous 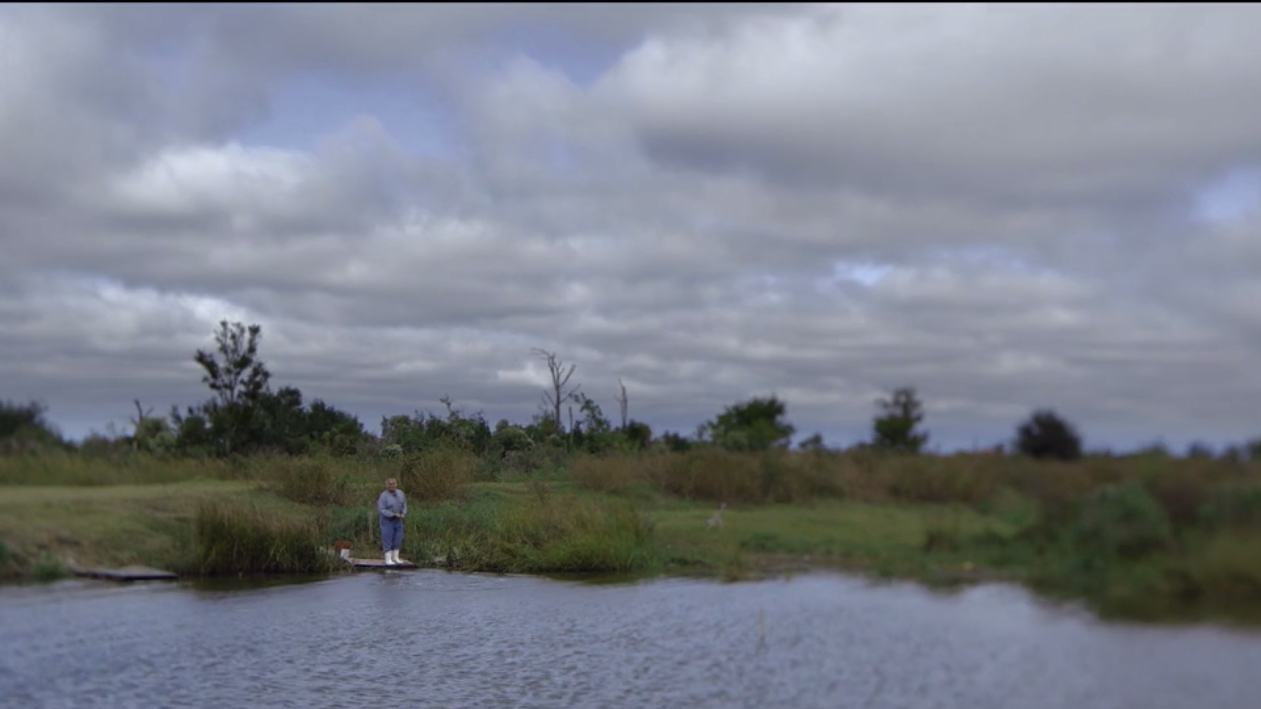 Isle de Jean Charles is a stunning portrait of a decaying island of the same name in the Southern Louisiana bayou. There was a time when the island was luscious, green, and flourishing, filled but as the years have progressed the island has become deeply affected by hurricanes and rising waters causing families and businesses to leave and ultimately turning Isle de Jean Charles into an actively dying city.

The film concentrates on the lives of two island residents, Edison Dardar and Chris Brunet who truly look at Isle de Jean Charles as being more than just a place that they live. Their families have been there for generations and as such have deep rooted connections to the land. In many ways Dardar and Brunet speak as though they themselves are a part of the land and even though the land is being washed away by rising waters and houses are being demolished by storms they have a familial bond and dedication to the island.

When asked what inspired him to make a documentary about the island Vaughan-Lee told us “A friend of mine spent some time on the island doing research for a book on coastal communities impacted by climate change. Her descriptions of the island and its residents intrigued me, and made me want to head down there and see for myself what life on the island was like.” As it turns out, Vaughan-Lee is not the only filmmaker to have been inspired by the island. Behn Zeitlan used Isle de Jean Charles as the inspiration for none other the award winning and Academy Award Nominee Beasts of the Southern Wild.

One of the things that makes this film unique is the bleakly meditative mood of the film. There is a distinct sense of loss present throughout the film. It would have been easy for Vaughan-Lee to have made a clinical film exposing the scientific explanations for the erosion, but instead he offers us a more intimate portrayal that carries a greater and more meaningful impact. As spectators though what we are witnessing isn’t just the disappearing of an island, but the disappearing of an entire history. In many ways the film reminds us that there are many things that are out of our control, but there are certain things that we can control and what we are left with is a desire to reexamine ourselves, our lives, what we have done, and what we can do to make a difference.