How to Make It to the Promised Land

Summer camp suddenly becomes very strange for 15 year-old Lizzie when she is forced to play a Holocaust role-play game.
READ REVIEW
Next Previous

How to Make It to the Promised Land 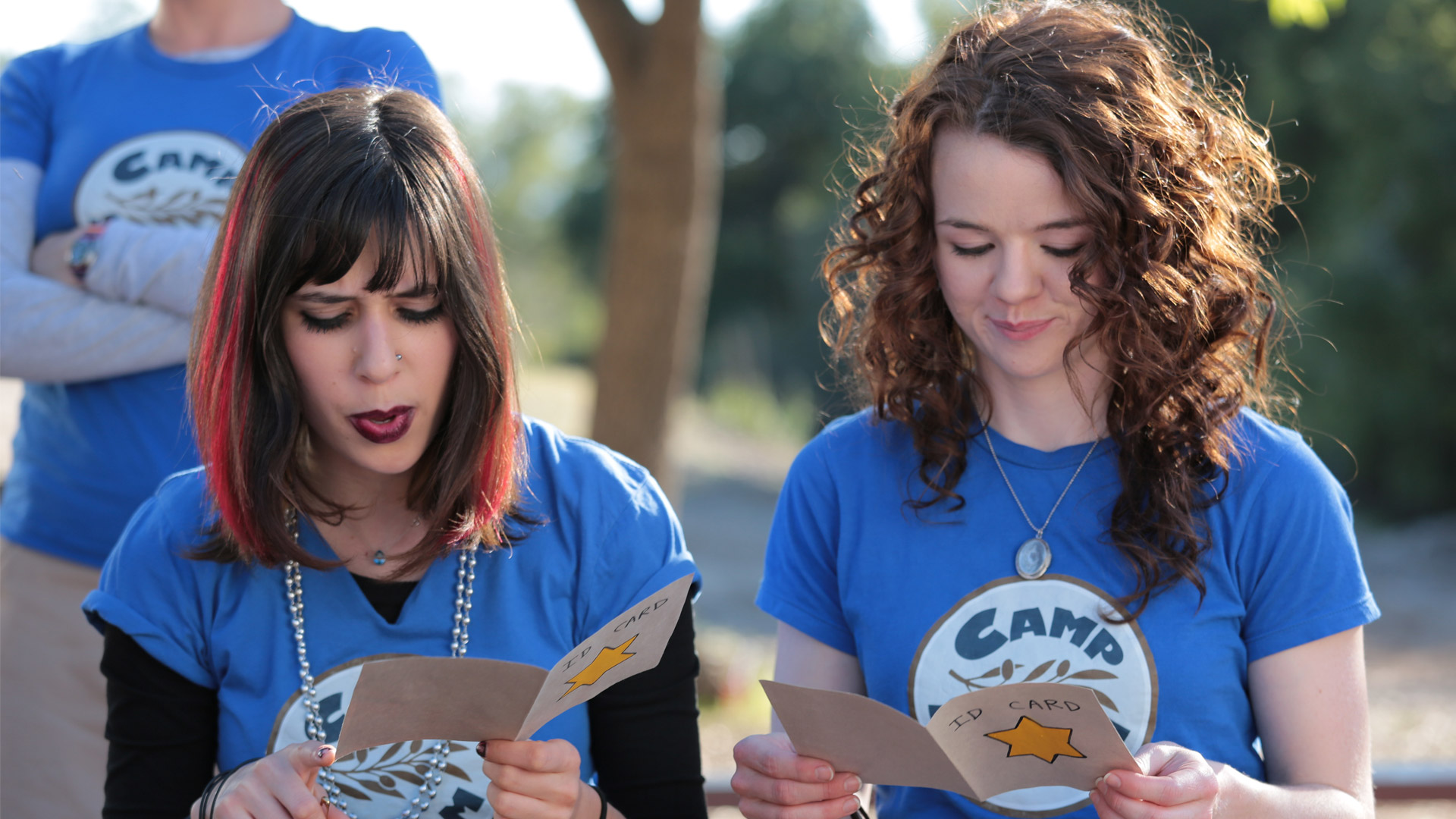 As a Jew growing up in rural Virginia, I never spent my summers at what is colloquially known as “Jew camp.” But, culturally, it’s something I’m very familiar with—that magical place where young Israelites escape from their parents to soak up sun rays and trudge through adolescence together.  Writer and director Sam Zalutsky utilizes this very specific setting to explore themes of power, naiveté, and control with his impressive short How to Make it to the Promised Land.

One aspect of film (short or otherwise)  that I’ve always been attracted to is a defined sense of place—a unique, fleshed out setting for the characters to interact and develop in (i.e. NOT a white-walled college dorm room or the suburban streets of Any-town, USA). How to Make it to the Promised Land delivers this in spades—the perfect location for our teenage protagonist, Lizzie (Marlane Barnes), to find her world view called into question. With the opening frames of this short—from the t-shirts to the wood stage to the hairstyles—the camp vibe really seeps through. You can practically smell the melted marshmallow.

But, this isn’t the type of film where adolescents get together and sing folk songs. Rather, it has a darker, more serious bent. Playing out bit like a teenage version of The Stanford Prison Experiment, our young campers are giving the chance to roleplay as hunted German jews hiding from SS Guards. Although the premise seems really far fetched, Zalutsky claims that a similar event happened to him as kid (though, in real life he was forced to take on the identity of a Soviet Refusnik). To be up front, I have believability issues with the fact that our young adolescents so quickly buy into the game’s dark central premise—the shift from “happy campers” to “evil Nazi impersonators” happens in a blink (it might have helped if the actors were younger). Yet, the effect of what the film is trying to accomplish still shines through. The quick transition, perhaps, makes the whole endeavor even more disturbing.  After all, our campers were just following orders…

Based on a short story written by Ellen Umansky, Zalutsky’s film is quite the polished production. Featuring a stellar cast of professional actors along with sterling visuals, How to Make it to the Promised Land has all the technical quality of a studio feature. In 2012, Zalutsky was awarded a production grant from the Jerome Foundation which enabled him to shoot for five days in March 2013 at VT Ranch in Santa Clarita, California. To finish the film through post-production, he ran a very successful Kickstarter campaign.

The final product is incredibly well-constructed—a compelling film that asks a lot of interesting questions, the most obvious being, how do you teach young people about the horrific events that have occurred throughout history? More specifically, how do we teach about monsters without becoming monsters ourselves?