In the not-too-distant future, a water smuggler navigates a tumultuous, dystopian city on the brink of a water shortage.
READ REVIEW
Next Previous 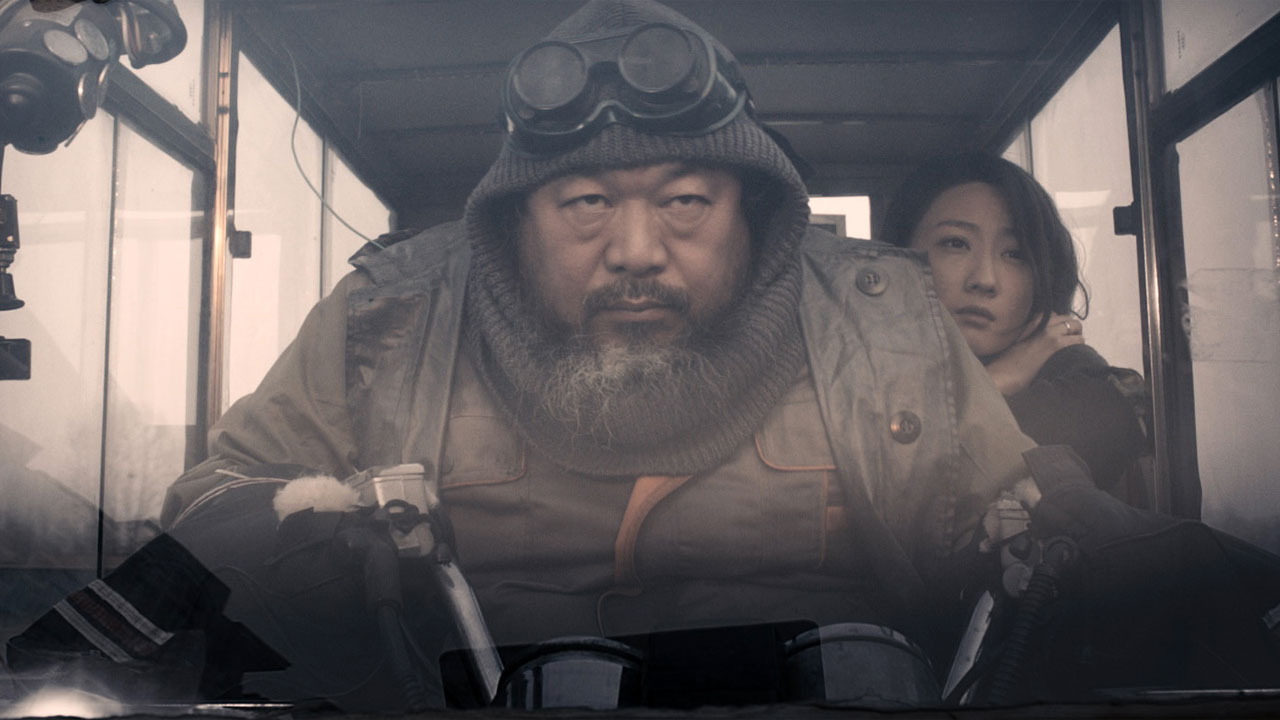 Set in an arid future, where dwindling water supplies are sending the inhabitants of a city to the brink of chaos, Jason Wishnow’s “low-fi sci-fi” short The Sand Storm presents us with a dystopian vision of a potential life on Earth, based on real concerns over deminishing resources. Starring Chinese contemporary artist Ai Weiwei, making his acting debut (see Alison Klayman’s short about him), and shot by renowned cinematographer Christopher Doyle (Hero, In the Mood For Love), this high profile short transports viewers into a frighteningly believable projection of what could happen to our world if gripped by a global water shortage.

Feeling a little narratively unbalanced, Wishnow’s story focuses largely on a love-triangle, with the film’s most interesting character, Ai Weiwei’s water smuggler, feeling a little like he’s left on the peripheries. Described as “the implied set-up to an even bigger story”, whilst The Sand Storm does feel a little incomplete, as an introduction to a universe we’ll hopefully see more of, it’s a perfect set-up. Presenting us with just enough glimpses of his intriguing futuristic world and leaving us eager to find out more about Ai Weiwei’s character, it feels like we’re just seeing the very tip of Wishnow’s promising narrative.

Despite the director attributing the “low-fi sci-fi” label to his film (can a short film shot by the ever-impressive Doyle truly fall into this bracket?), it’s the aesthetic of the piece that is easily the most pleasing element of production. Shot in a freezing and smog filled Beijing, Wishnow compliments the desaturated photography of Doyle with some subtle, well-measured FX work to create a futuristic vision that doesn’t feel too alien to the world we live in now.

As a standalone short, The Sand Storm does feel a little lacking. As a huge fan of the dystopian sci-fi short, I can think of numerous character-driven films in this genre that present a more engaging and though-provoking narrative. However, there’s definitely some solid foundations laid in Wishnow’s project and if it is somewhat of a proof-of-concept, something to build on in a longer piece, it has done its job. I’ll definitely seek out the story again if it is expanded upon…especially if we see more of Ai Weiwei’s character.