A small town is being terrorized by a serial arsonist. Detective Matthews is closing in on who he thinks is the suspect. But can he prove it?
READ REVIEW
Next Previous 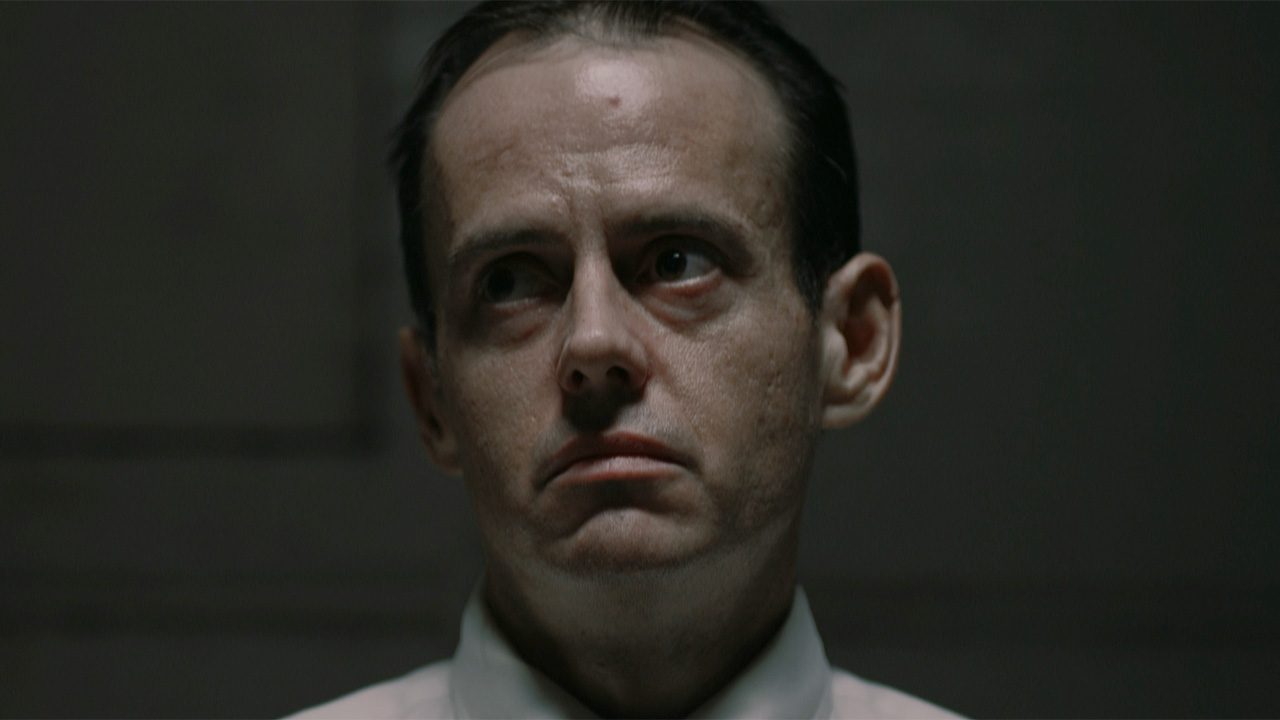 Handclaps usher us into Writer/Director Dustin Pegg’s The Gatherer. Slow, rhythmic, and precise, they’re soon accompanied by a man’s voice, humming “No More, My Lord” in perfect sync. The music could be emanating from a  revival tent or a small-town Baptist church, but instead, it’s cast from the mouth of Elijah Hayes, a man sitting handcuffed to the table in a local precinct’s interrogation room. A serial arsonist has been terrorizing the police, mailing photos of torched crime scenes to the local detective. But who? Surely it can’t be Elijah, the mild-mannered figure who claims to be doing “God’s work.” Premiering today exclusively on Short of the Week, Pegg’s Southern-fried-Se7en pits two God-fearing men against each other in a classic tale of good-versus-evil.

“If a man abide not in Me, he is cast forth as a branch and is withered; and men gather them and cast them into the fire and they are burned.” – John 15:6

Elijah Hayes looks like a character ripped from the pages of a Flannery O’Connor short story; he dresses modestly, wearing a simple white-dress shirt and skinny black tie. His thinning hair is parted down the middle, and the only color on his face can be seen in his bright red lips. As Elijah hums to himself, bouncing his hands along to the imaginary beat, Detective Matthews enters the room and places several Polaroids on the table — all of which read “Luke 12:49” on the bottom. Matthews straightens out the photos and says, “‘I have come to bring fire on the Earth and how I wish it were already kindled.’ Hope you don’t mind the NIV.” The Polaroids all show evidence of a serial arsonist’s handiwork, buildings and vehicles touched by flame — an elementary school, an abortion clinic, a gay club, and an adult store off the interstate. Then Matthews begins a routine round of police questioning. “Where were you on Thursday evening?” he asks. “I was at home,” Elijah replies. “In the Word.” All signs point to the man spewing a jeremiad against the society surrounding them, but Matthews has no proof. Could such a “Godly” man be capable of such heinous crimes?

Pegg and his team shot for two days on the RED Epic in Concord and Shelby, NC. Pegg initially conceived of the idea as a feature, then whittled the story down enough to a manageable length for a short film. The goal was simple: create a memorable “bad guy”. Via email, Pegg said, “I love iconic villains. I wanted to come up with a villain one might want to be for Halloween.” He just may have that iconic villain in Elijah Hayes. Equal parts “John Doe” (Se7en), Hazel Motes (Wise Blood), and “Elmer Gantry” (Elmer Gantry), Elijah Hayes shows off his holier-than-thou cloth with pride, spilling vile from his lips right alongside red-letter scripture. It’s a showcase role for actor Robert Haulbrook, who brings both a frailty and commanding screen presence to such a brutal part, even with restricted physical movement.

Pegg’s film is a work more interested in exploring human nature than “gotcha” twists and turns, so you may think you have the “answer” figured out long before the credits roll, but the real treat here is watching two men match wits in a winless battle. We’ve seen interrogation rooms before, but not like this, not smack dab in the middle of the Bible Belt where religion is pervasive and verses can often be misconstrued. As the scriptures fly back and forth across the table, Pegg ratchets the tension through cross-cut editing and some stellar soundtrack choices (the aforementioned gospel track being a standout), leaving us with a closing image that expands the world of the story in some interesting and terrifying ways.

“I think this sort of evil has and always will exist,” Pegg said. “It’s a constant battle — the perversion of religion — and while it’s worth resisting and pushing back, it will always be there.”