Throughout his life, a man struggles to get rid of a very persistent case of hiccups.
READ REVIEW
Next Previous 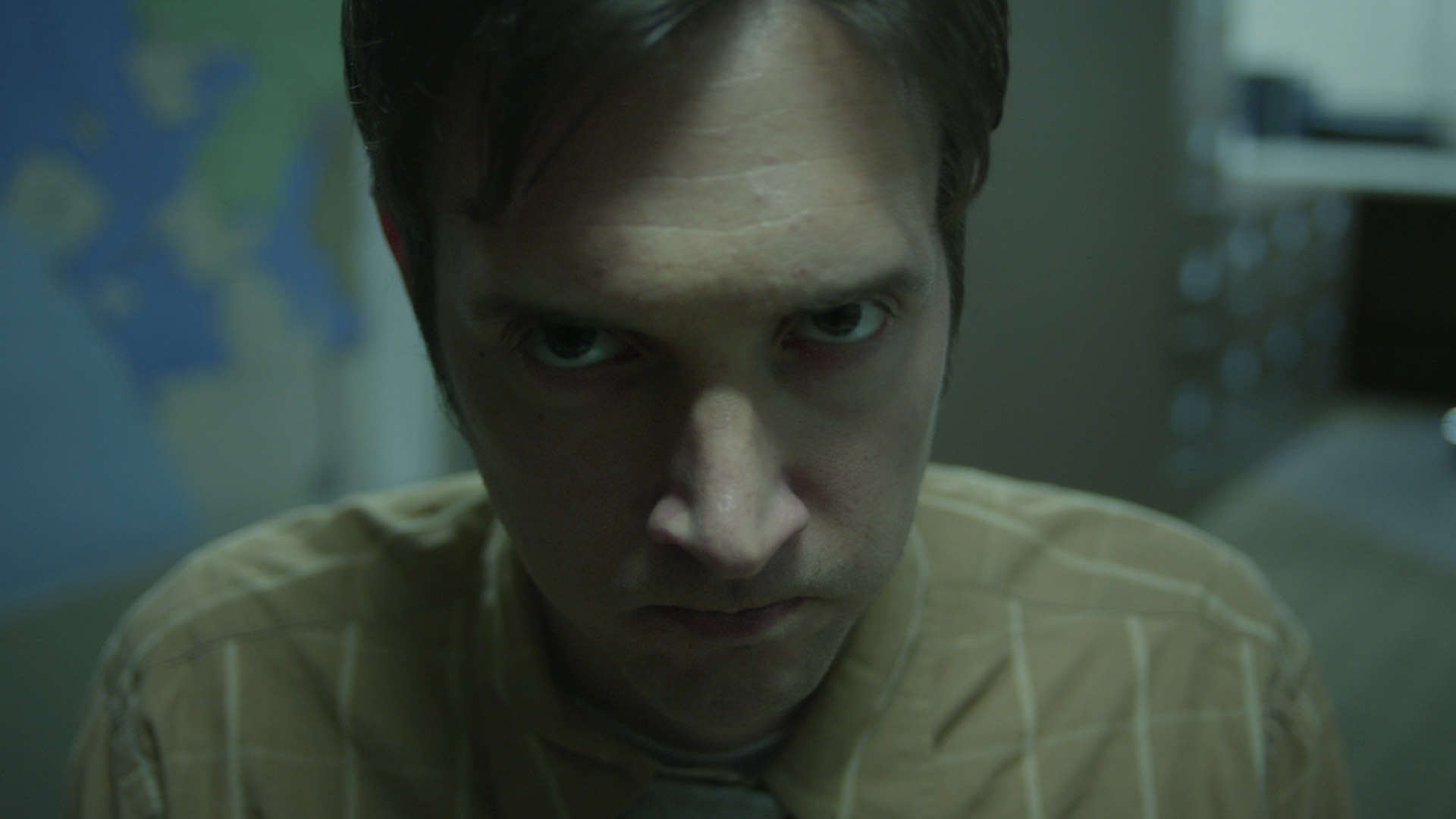 When I first read the premise to Griffin Devine and Alyssa Radmand’s Hiccup, I wanted to roll my eyes. C’mon! A guy who can’t get rid of hiccups? Immediately, images of low rent slapstick timed to Yakety Sax ran through my head.  But, as your parents should have taught you, first impressions can be deceiving. For such a ridiculous premise, this is a movie that is surprisingly dark and brooding—a tale about powerlessness and pent-up aggression. It’s not often I say this, but Hiccup caught me off guard, taking a high-concept and boiling it down to something with real dramatic stakes.

For a 17 minute film, Hiccup covers a lot of narrative ground—chronicling our protagonist’s struggle with singultus from adolescence to adulthood. It’s a series of vignettes told with the backing track of a therapy session. Although the “I’m-going-to-convey-exposition-while-talking-to-a-psychiatrist” motif is often utilized as a cliché narrative crutch, here, thankfully, we never actually see this interaction on screen. Rather, it’s just heard—simple voiceover used to compliment the action. This is one of several smart narrative choices that Devine and Radmand make to push Hiccup to an interesting cinematic place. This inventiveness makes the film hard to classify—comedy? Not really. Full on character drama? Uh-Uh. It really is its  own breed of film—a comedy/drama hybrid that tweaks Short of the Week’s penchant for innovative cinema.

Overall, though, the film works because we emotionally connect with the hiccuping protagonist, Will. We feel for him—his anger, his failures, his crummy lot in life. His aggression becomes ours, and so, the eventual climax feels as cathartic for him as it does us.

Now, admittedly, I don’t think short is perfect, my main gripe being pacing problems towards the middle. But, I’m always willing to give a film with strong characters and a creative story the benefit of the doubt. If you’re going to stumble, at least be original while you’re doing it. By the time, Will’s true “remedy” for his problem is revealed, I was fully invested. So, much so, that I was actually disappointed when the film ended. I wanted more—which, in the world of shorts, is usually a good thing.

Due to the sheer number of set-ups and locations, the film took six days to shoot around Los Angeles. Although each location is given such little screen-time, Devine and Radmand worked really hard with production designer Courtney Johnson and Director of Photography Dave McGrory to make the spaces feel lived in. The result definitely shows on screen.

Hiccup has screened at a slew of festivals throughout the world, including Hollyshorts and the Fantasia Film Festival. As for what’s next, Radmand and Devine are currently directing another short film titled We All Scream, that lives in the same kind of surreal world as Hiccup but with a somewhat lighter content—a kid’s birthday party. They are also currently producing an indie comedy, Game Boys, through their Pigrat Productions banner.