After his wife leaves him, Charles begins to assume the identities of strangers at a local coffee shop to avoid being alone.
READ REVIEW
Next Previous 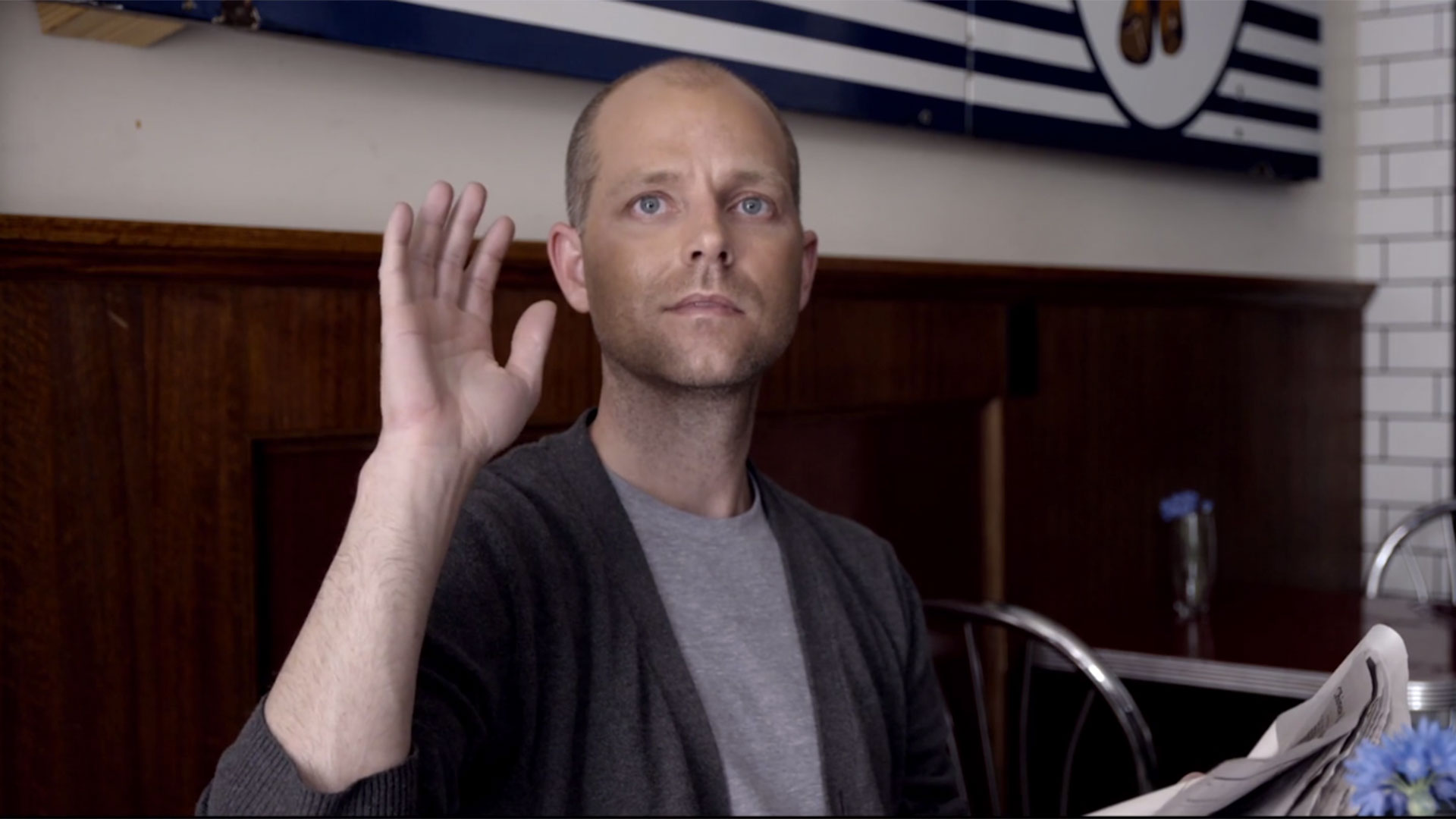 At some point in our lives, everyone has probably had that thought of what it would be like to walk in someone else’s shoes. What if you were that person meeting the beautiful stranger at a bar, that sports person winning an important match or that musician performing in front of an adoring crowd. Exploring this premise in his latest film A New Man, director Hughes William Thompson’s narrative looks at the realities of what could happen if you do take another identity for a chance meeting.

“After she left me, I would fall asleep everywhere but our bed.”

Introducing us to his main character Charles as he attempts to sleep in various locations around his apartment (except for his bed), we soon learn that Thompson’s protagonist is in a slump following the break-up of his marriage. Now looking to “restart his life”, A New Man follows our heartbroken hero as he soon discovers a novel new way to avoid feeling lonely.

“Even if it was just ten minutes, that human connection was enough to keep me going.”

Supported by the Kevin Spacey Foundation and based on Etgar Keret’s story Healthy Start, A New Man is a short firmly focused on narrative and performance. This is the tale of an ordinary man, in an ordinary setting, looking to spice up his mundane existence – again, something many of us will have thought about at some point in our life. At the end of Thompson’s tale, as we’re left staring at Charles blood-splattered smile, we’re left pondering not only what will happen next for his protagonist, but also that maybe it takes the most painful moments to rediscover a lust for life.