A storm rages outside, but it is within the walls of her home that a woman finds her life spinning out of control.
READ REVIEW
Next Previous 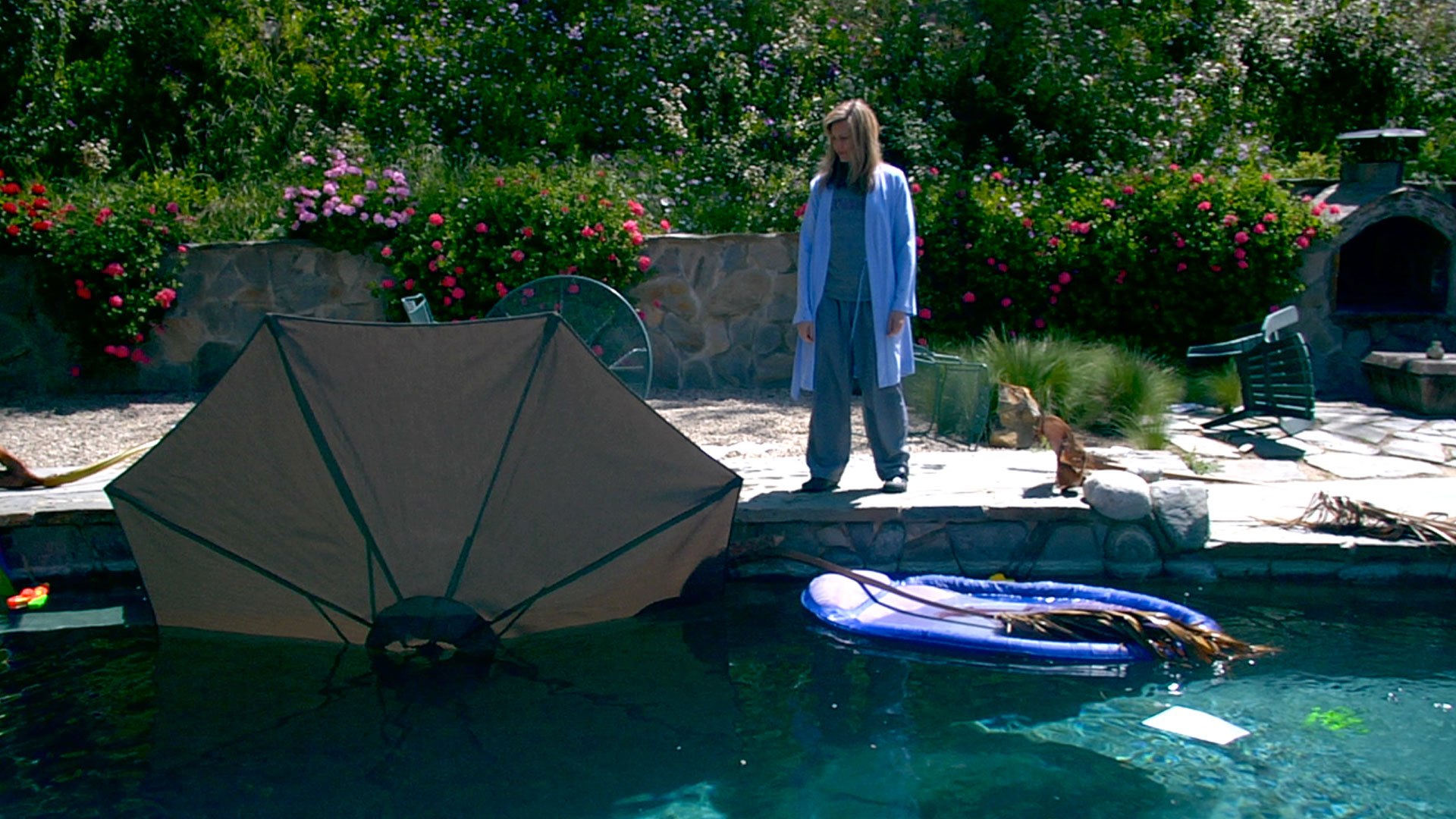 We’ve been pretty vocal here at Short of the Week that there is a difference between a “festival film” and one made for online consumption. And, to be completely honest, Things Are Really Insane is the latter—a 20 minute character based drama about a woman dealing with a crisis in her family. But, despite those inherent limitations, director John Ross really captures something special here—a well-written and expertly performed portrait of an important juncture in someone’s life. While the title of the film alludes to some showy, “Lynch-ian” exercise in surrealism, the film is actually the opposite—a subtle, grounded take on someone’s life slowly unraveling.

Ross cites literary short stories as inspiration for the piece and the influence is clear. Much like the work of Raymond Carver, Salinger, and perhaps, as a modern example, Tom Perrotta, the film centers on an “average” protagonist at a seemingly arbitrary stretch of her life. She’s well off, attractive, and has a beautiful family—the embodiment of the suburban, American archetype. Yet, demons and complexity lie beneath the idyllic facade. If you were to just recount the plot of this film, it would come off as conventional, bland melodrama. However, Ross handles the subject-matter deftly, providing emotional and narrative insight to a common social issue. As Ross related via e-mail, “It was a subject I felt almost anyone could relate to on some level and was too often played for cheap thrills. I wanted to do it my way.”

Ross is right—unfaithful relationships are so often the product of cliché storytelling. You know, cheesy dialogue and performances that belong in soap operas.  But, with Things Are Really Insane, Ross creates an engrossing exception to the norm. This is an incredibly well-crafted character drama that is both artistic and emotionally engaging. Visually, Ross knew he didn’t have the budget to really wow audiences with technical wizardry (i.e. no crane, dollies, or steadicam), so he grips his audience in more tried and true ways—through character, dialogue, and story. He also utilizes short, staccato scenes to punctuate the action. My favorite of such scenes is the one on the beach—the family’s outing ruined by a forceful, unbearable wind which serves as a metaphor for the storm that’s brewing emotionally. Amazingly, this moment was unscripted. Ross revealed,  “The scene at the beach was written to be bright, sunny and serene.  Then on the first day of shooting in Venice, the first AD, Zoe Wittock and I walked to the beach to check it out and discovered it was so windy we could barely walk.  We thought we were going to have to scrap everything, but we had splurged on that permit and I was determined to shoot something, anything.  So I asked for 15 minutes alone and wrote the scene that you see in the final version.”

All of the visual symbolism, of course, wouldn’t work if the film lacked strong performances. A character based film, after all, needs strong characters. Fortunately, through auditions Ross was able to bring together an impressive cast. Shawn Lockie is terrific as the protagonist, but even the child actors deliver excellent, natural performances throughout. Ross and company shot the film over the course of four days with a budget of about $8K (most of which went towards locations and permits).

Things Are Really Insane is a film that proves that any subject matter—even one as “done” as the cheating husband—can still be  utilized to tell an interesting story. We watch with a sort of morbid fascination as a woman’s life becomes untethered. Lisa, our lead character, isn’t going insane. Rather, she’s forced to confront the fact that normalcy and comfort are slowly slipping away, and really, how terrifying that can be.

Needless to say, I’m excited to see Mr. Ross’s future work. He just finished writing a new thriller feature script and he’s hoping to produce another short soon. You can find out more about on his creative projects via his website, www.johnwilliamross.com