A gang of petty criminals enlists the last-minute help of an irrational acquaintance to pull off a robbery.
READ REVIEW
Next Previous 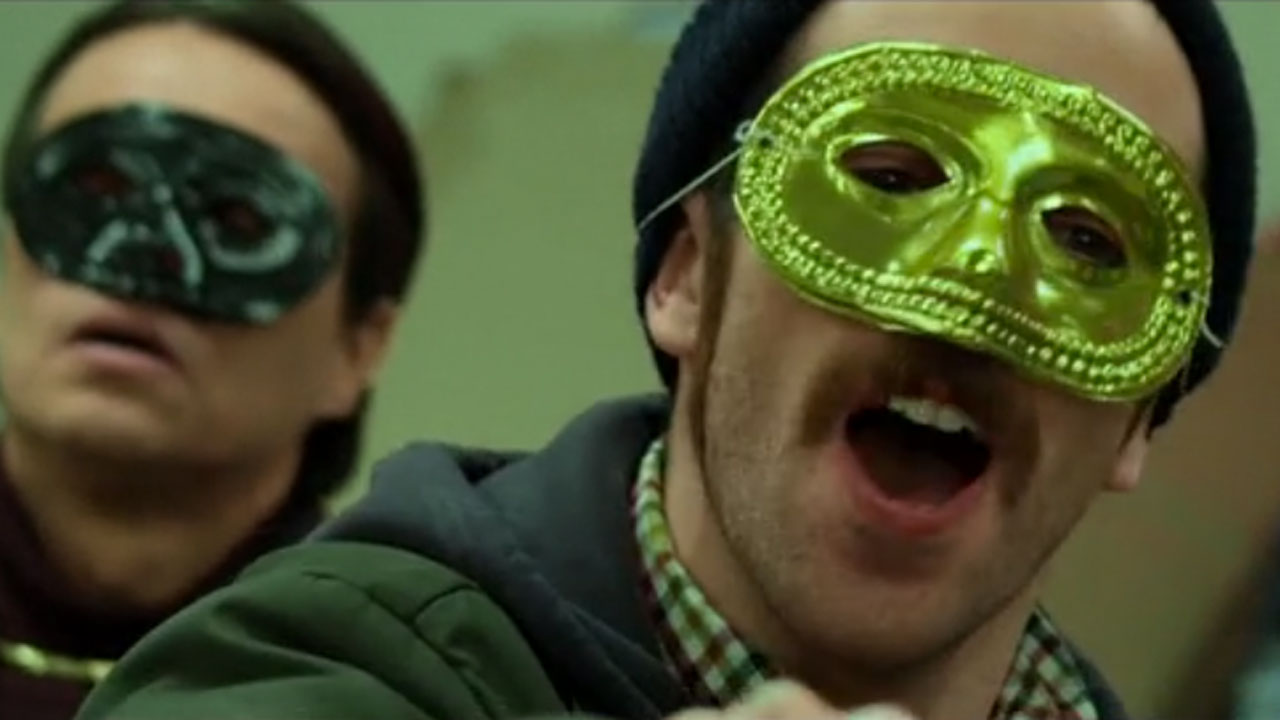 Mixing dark-comedy tones with a crime-thriller narrative, Adam DeViller’s energetic short is the tale of a grocery store robbery that soon gets out of hand when one of the assailants can’t follow the simple instructions given to him. Following a gang of amateur criminals as their desperate situation drives them to take desperate action, Foam Drive Renegades is an entertaining parody of a much-loved genre.

“Reggie? That drug-addled piece of shit?”

Whilst tales of botched robberies aren’t exactly unique in cinema, DeViller adds a twist to his with the unexpected (unless you’ve read the film’s full synopsis) introduction of the the unpredictable Reggie. Dishevelled, bug-eyed, high on drugs and unstable, he might not initially sound like a novel plot twist for this type of film, but there’s something different about Reggie, something that sets him apart from the other characters in DeViller’s crime story. His introduction instantly adding a different energy to the film, as viewers we’re instantly hooked to see how his involvement in the narrative pans out.

Playfully employing all the tropes you expect to find in a crime-thriller, Foam Drive Renegades does a sterling job at convincing you that this is just another film from an already saturated genre. Opening with a tongue-in-cheek title sequence featuring hood-mounted driving shots, split-screen action and a funky soundtrack, DeViller’s film soon launches into handheld photography and fast cuts as the tension of the robbery kicks in. Ramping up the tension as the film reaches its violent climax, DeViller and co-writer Matt Chisholm turn the action-movie clichés to eleven with a pumping choice of soundtrack and two of the film’s best lines.

Whilst Foam Drive Renegades’ “twist” isn’t completely original, it’s a clever move from the director and his team. Instantly providing a novel-twist on a well-trodden narrative path and most importantly hooking its viewers with an unique reason to continue watching, there’s no arguing with who the real star of this piece is.