A short film about escaping the realities of life.
READ REVIEW
Next Previous 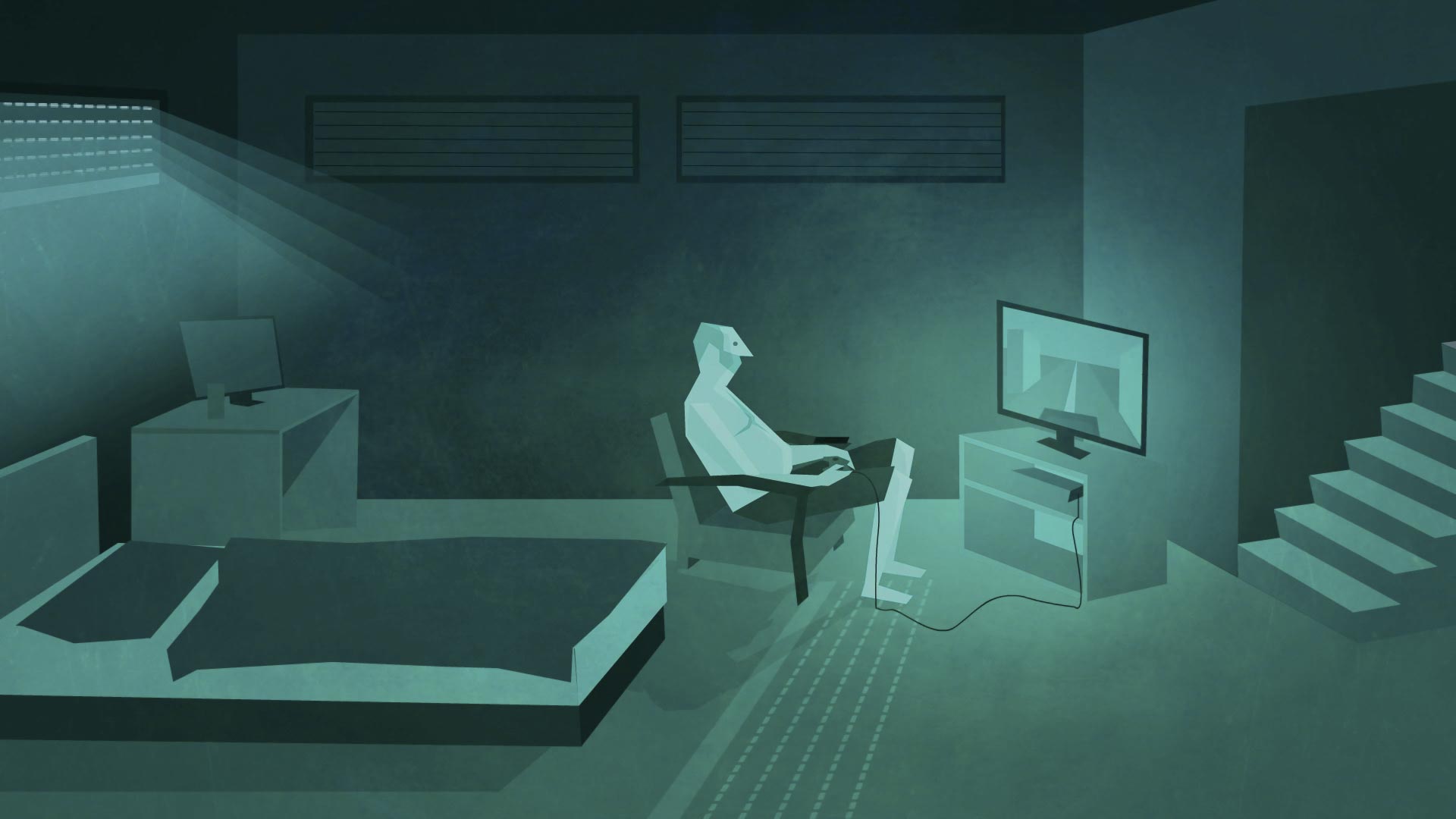 Opening with a shot of an office worker avoiding a phone call from her mother, Avoidance is short comprised of a series of vignettes featuring emotionally detached people escaping real life to more comfortable realities. Combining a distinct animation style, a clinical use of colour and a fragmented narrative, Erica Rotberg’s graduation film from the Holon Institute of Technology is a thought-provoking comment on how modern society uses technology to switch off and tune out.

The idea behind her concept originated when Rotberg started to become aware of her own methods of avoidance, “since my days as a teenager, I was a serious TV junkie” she admits in a conversation with Short of the Week. “I couldn’t fall asleep without it and when the smartphones took over, they became my new sleeping pill. At some point I realised that this is just an easy way of disconnecting from my own thoughts. Especially before i fall asleep, when the thoughts are the loudest and the clearest. I started noticing other avoiding behaviours in myself and other people around me and those thoughts stayed with me for a while. I think escaping from reality is a healthy and sometimes great mechanism that was always there, but I also think that we are losing the balance and switching off from reality too often because it’s so easy today. That’s what drove me to start developing the story.”

Adopting a fragmented delivery to her storyline, Rotberg decided to cover a selection of scenarios in her short so to present a more universal message, instead of something more personal that just focused on one character. With her the concept of her short decided, the filmmaker could move on to working on the visual style of her project. Beginning the process by making 1 frame for each character, in Illustrator, the animation and style began to grow as she fleshed out the narrative for each individual scene. “From the beginning, I thought about the fact that the worlds we escape to are flat”, the filmmaker states as she moves on to discussing her visual approach. “Like in Hollywood – there’s good and there’s bad, and nothing in the middle. That’s so much easier than real life. Hollywood is a great escape. Also porn and comfortably sitting on the couch watching other people lives, or contacting people through short messages and post likes – it’s a sterilized way of being. Those thoughts about virtual, flat and fake realities brought me to make my first sketches in a flat style, and it developed from there.”

Having just finished her studies, Rotberg is currently “resting” as she looks into her options – if Avoidance is a signal of what we can expect from her as a filmmaker, here’s hoping this is a route she explores further in the future.