The last two inhabitants of a space station have to decide whether to save themselves or the lives of everyone on the last outpost in our solar system, Uranus City.
READ REVIEW
Next Previous 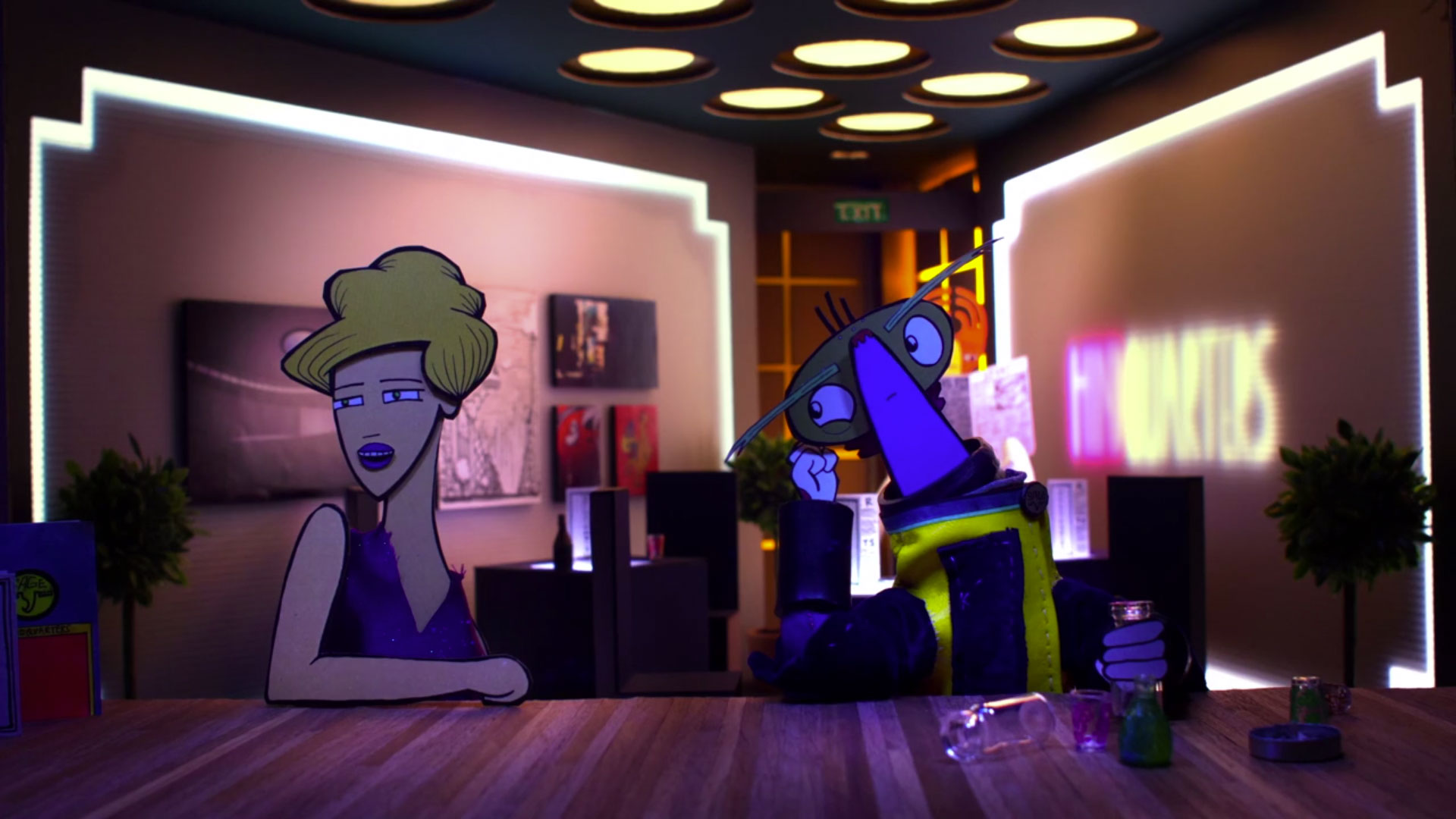 Inspired to write the story behind Retrograde when he was watching a science fiction movie involving a ship-wide evacuation, Metaxas was struck by the idea of what would happen if passengers of the vessel were late in this situation of life or death. Forming his narrative around this premise, we’re introduced to the two main characters of his film, a human called Jemima and an alien tourist called London, as their lack of urgency leaves them stranded on the Sage space station with an asteroid collision imminent. With no escape pods remaining and the hapless duo’s only means of escape resulting in the certain destruction of the nearby Uranus City, this odd couple must decide whose lives they value more – their own or those of the population below.

With a colourful style inspired as much by retro science fiction films, as it is art deco and modernist design, animator Metaxas has created a style very different to the minimalist, clinical look we see in the majority of modern films in this genre. With his “hands-on” approach to animation developing from his need to see his designs built in a real 3D space (a hangover from studying architecture), the filmmaker told Short of the Week about how he came to discover his distinct style:

“My foray into stop motion started because I wanted to make an animation, but I didn’t want it to look bad. So, I thought if I made everything out of cardboard, light and shoot it in real space, it would look much better than drawing something and scanning it into the computer. I grew to love the tactile nature of stop motion, and fell in love with the process of making these kinds of films. The only difference was that I really wanted to mash up the two worlds of stop-motion and hand-drawn animation, as I love the way you can push the expressions of the characters. So the melding of these two techniques started from my first movie, and I’ve tried to expand on it with each new instalment of my work.”

Films like Retrograde don’t come along often, but when they do they are a welcome reminder of just how magical stop-motion can be. Whether it’s the fact that they are films made out of something real, something tangible, it actually feels like it is alive. Or Maybe the hands-on approach of this animation style actually makes the viewer believe they could create their own stop-motion. Whatever it is, we’re already looking forward to seeing what director Metaxas does next and from what he told Short of the Week it already sounds like more stop-motion magic:

“I have a few ideas for my next project. But, the one that I’d really like to shoot is a slightly more personal tale about my homeland, Australia. It’s a western and buddy movie, between a man and his cigarette, called Ashes. I’m going to try and adopt a new method too, maybe laser cutting the faces onto wood, instead of using cardboard.”