An adrenalized FMX rider attempts to construct and launch off a 60 foot ramp that will shoot him high enough to parachute down.
READ REVIEW
Next Previous 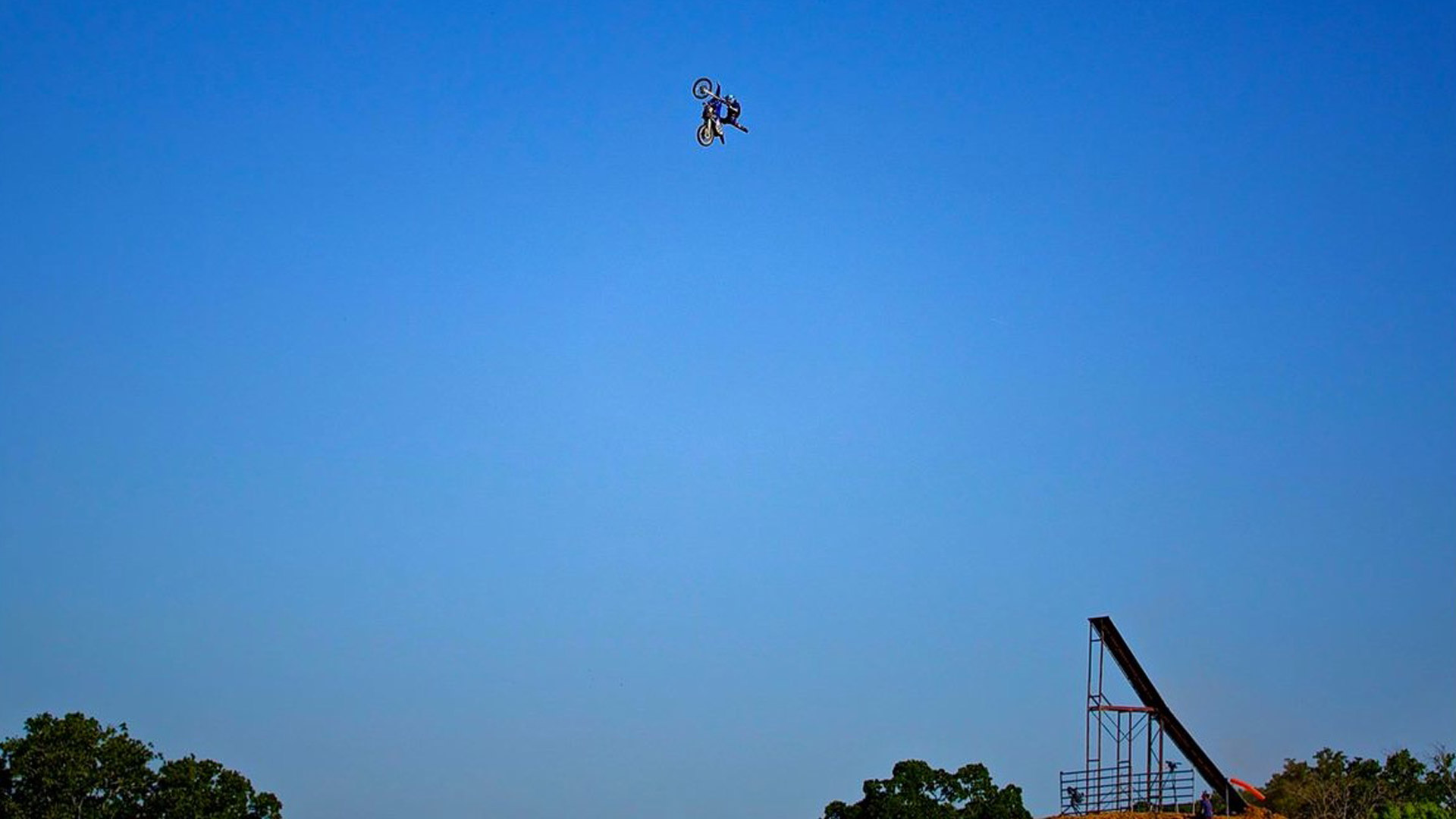 As someone who is not from the US, there is a lot to admire about Americans. But, I guess the thing I love the most is the often talked about American Spirit, the “can-do attitude,” that pushes people to take risks and overcome their limits—both from the outside and within—and excel in something that nobody else would have thought of. What an US citizen might consider patriotic pride, I perceive as enviable, unbreakable optimism.

An embodiment of this idea is professional motocross rider Brad O’Neal, portrayed in Yali Sharon‘s short documentary Follow Your Fears as part of the web project Live Unbound. In a time where a flood of high quality short documentary portraits, captured in amazing pictures, can be found on Vimeo et al, it’s important to stand out. Besides competent storytelling abilities it helps to have a convincing protagonist. Another trend seems to be creating context by integrating similar thematic short documentaries into a series, or a broader web project such as Live Unbound.

The film’s protagonist, Brad, was found through Live Unbound’s “dream enablers program,” which according to creator Yali Sharon is “a platform for helping people turn dreams into reality by providing funding, inspiration and accountability.” Like Follow Your Fears, the project’s aspiration is to inspire people. “I decided to create the short for the same reason I decided to create Live Unbound — to do my part in unlocking human potential and inspire people to overcome self-imposed limitations,” the director wrote me via mail.

In a blog post on his website he shared O’Neal’s application for the program that would help him make his dream come true: “I am currently building a ramp in an attempt to be the first person to jump a motorcycle high enough to base jump from. This has been my dream since I was 12 years old, when I thought of the idea.  Now at 26 years I’m still working on it and hopefully 2014 is my year!”

Follow Your Fears documents the preparation that went into the achievement of this goal despite the dangers Brad had to face to push the envelope in his very specific chosen field. But the road to success wasn’t an easy one, even for the filmmakers accompanying the undertaking: “After [Brad] encountering lots of unexpected problems in construction and having several crew members back out because of the dangers of the stunt, the reality of the situation settled in and I became very nervous about the stunt.  Having Brad’s girlfriend and father 100% on board and working hard to make it happen helped me move forward with the project despite these concerns.”

The great thing about short documentaries like Follow Your Fears is that no matter what you do and in which field you might want to be a pioneer, they allow people to see how others have overcome their fears and decided to follow their dreams, regardless of their profession. Maybe, like Brad, viewers will try to find their own way for “building little trophies in [their] souls.”