Andy tries to get over her ex by getting under Morgan. The results are awkward and unexpected.
READ REVIEW
Next Previous 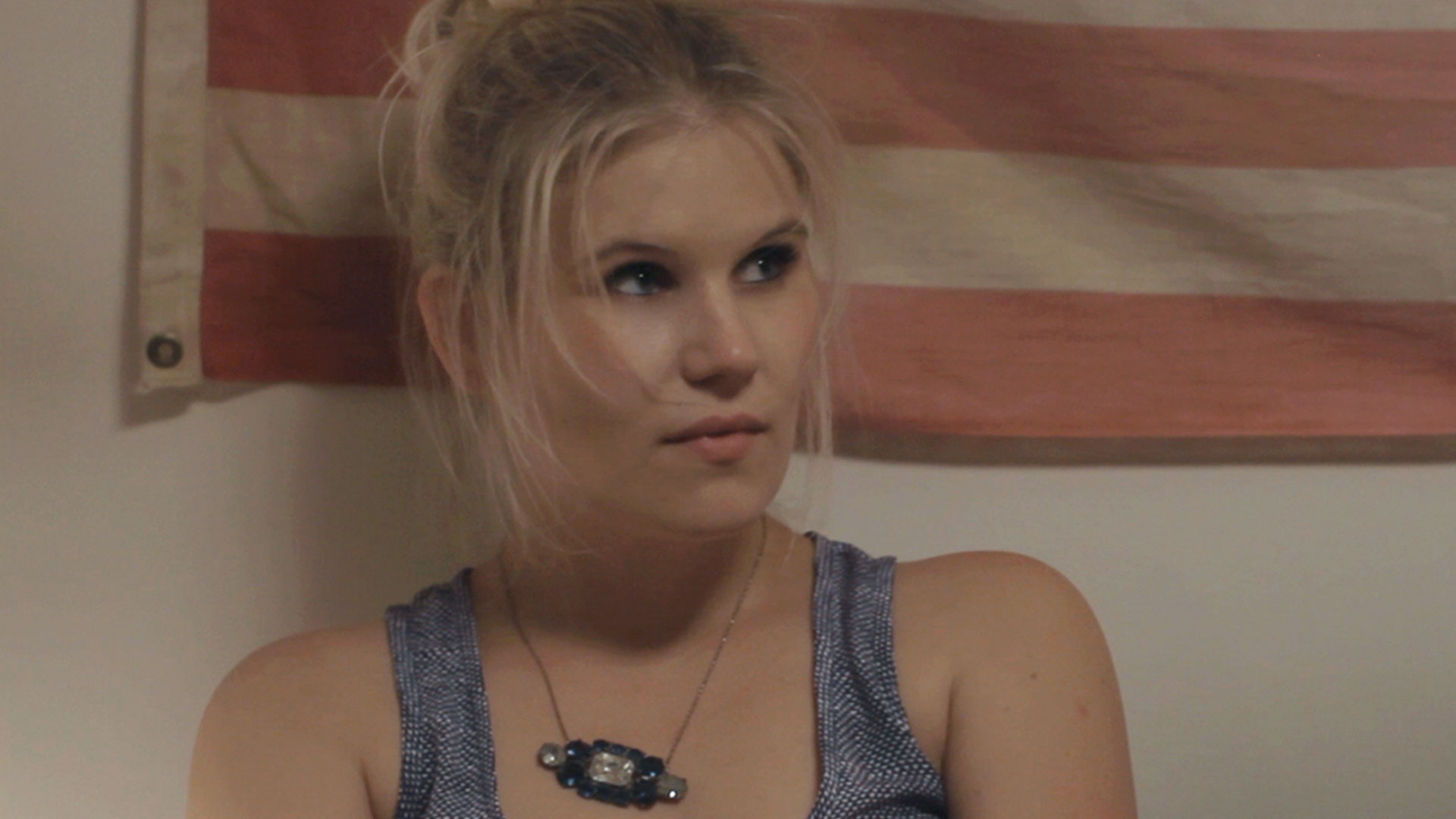 Contrary to what is commonly portrayed by Hollywood, romantic relationships are complex and messy. Sex is awkward, and often, so too are the emotions and motivations behind it. Writer, director, Rory Uphold is out to prove that fact with her terrific one-scene short film, Safety. Using a stripped down set of cinematic resources (just two actors, only one scene), Uphold captures something honest and raw. The plot set-up may sound like something ripped out of some sitcom handbook (romantically spurned girl seeks a rebound schtupping), but the execution couldn’t be further from convention.

While I don’t mean to draw too much of a comparison, a film like Safety feels like a spiritual spin off to Lena Dunham’s Girls—both have a knack for capturing the awkward encounters of millennials in a way that is subtly heartbreaking. You see, not to be a traitor to my generation, but let me reveal a little secret: we all want to appear more “adult” than we actually are. To show pain is to be weak, to be earnest is to be vulnerable. And, so we watch as Andy, our protagonist, launches head-first in her quest to get laid in order to get over her-ex. It’s amazing how much she cares about wanting others to think that she doesn’t actually care. She’s out to prove that she’s a cold, modern woman—she can shrewdly dispose of men just like they dispose of women.

And, that’s what makes this film so interesting to me—for such a simple short, it’s impressively layered. There’s a  lot to breakdown here (more than I will go into in this write-up), including everything from social hierarchies to cultural conventions on what is “beautiful.”

Ostensibly, of course, this film is a simple interaction about a young woman attempting (and awkwardly failing) to have rebound sex. But, as I hope my verbosity indicates, it’s far more than that. I’d argue that Andy never really wanted to get busy at all. Rather, she enters Morgan’s apartment with one goal in mind (even if she won’t admit it to herself): she wants to get in a fight, not get f-cked. She wants confrontation, she wants things to go badly, she wants to feel miserable. That may sound counter-intuitive, but as I alluded to at the start, relationships rarely make sense. Human emotions are messy.

If there is a criticism, this film feels less like a sustained short, but rather a scene from a larger project. But, I suppose that statement is praise in and of it itself—I was so invested I wanted to see more! Fortunately, you can see more work from Uphold. She is currently in production on another short film. She is also the writer, director, and star of a hilarious comedic web series entitled HelLA. While she feverishly works on season 2, you can check out season 1 here, which has already racked up over 2 million views on YouTube.
Vimeo HelLA Web Series
LIKE TWEET