A first person POV of the true story of a Sheriff’s deputy who encounters an aggressive driver on a lonely stretch of highway.
READ REVIEW
Next Previous 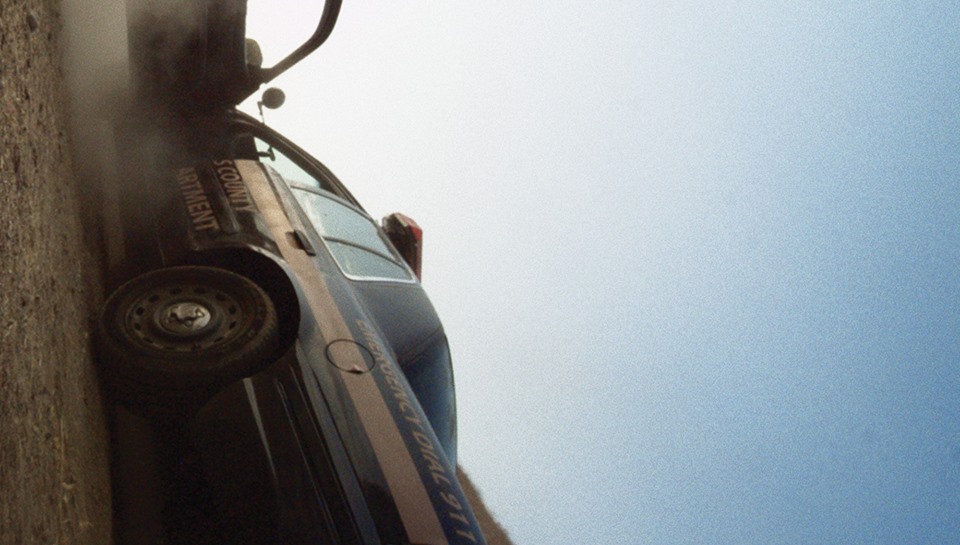 I thought I was smarter than this film, I really did. I’d seen first person POV shorts before, and based on that experience I wasn’t expecting much as the film began. Then it kicked into gear and ripped my skeptical heart right out.

Random Stop, which premiered at SXSW 2014, tells the true story of a Sheriff’s deputy who encounters an aggressive driver on a lonely highway. It does so entirely through the POV of the Sheriff, whose face we see only briefly through a reflection in a car window.

At a little under seven minutes, the film’s sense of economy is astounding. Equally remarkable are its performances. Geoffrey Kennedy, in a largely offscreen performance, perfectly captures the Deputy, blinded by terror as he moves through a series of tragic blunders. As an unhinged veteran, Brian Krause is chaos personified; he never allows the Deputy, or audience, a moment to get their bearings. This is what survivors of tragedy mean when they describe events as “like a movie;” the logic of what’s happened comes only after the deed is already done.

This stunning, kinetic quality is rooted in the expert choreography of the action sequences. The production ran over three days, all in a 105 degree heat wave. The director writes:

“We approached the whole project like a theater piece and would rehearse the s@!# out of things in the morning for 4 – 6 hours while waiting for the lighting to get where we wanted it, then shoot as fast as possible during the few hours of usable sun we had available to us.”

The camera itself was a whole other story:

“… a one of a kind solution from Radiant Images. It’s an SI-2K Nano which is about the size of a gopro but with a beautiful 2K sensor and real glass. This was mounted on a skydiving helmet that Justin our DoP wore, and had an Ethernet spigot running to a backpack that held the “guts” of the camera (basically a battle computer), wireless follow focus and wireless video tap. We arrived at this solution after months of research and testing – we started w a 5D bolted to a motorcycle helmet, and at one point even did tests with a RED Epic. Radiant were awesomely supportive of our crazy ideas, and helped tailor a custom solution for our needs.”

These technical innovations only serve to enhance the strong fundamentals of performance and storytelling at play. Note that a normal person would likely behave the same way as the Deputy, which creates tremendous empathy for him. The tragedy is that, as a trained police officer, the Deputy shouldn’t be handling this situation like a layman.

Our hero stumbles into tragedy so quickly and realistically that his story is now used to train future police officers. With the gift that is Random Stop, his story can also serve for the rest of us as a stunning reminder of both the frailty of human judgment, and our radical insecurity in the world.