A giant blue man wanders an alien planet, his actions controlled by the chickens in his mind
READ REVIEW
Next Previous 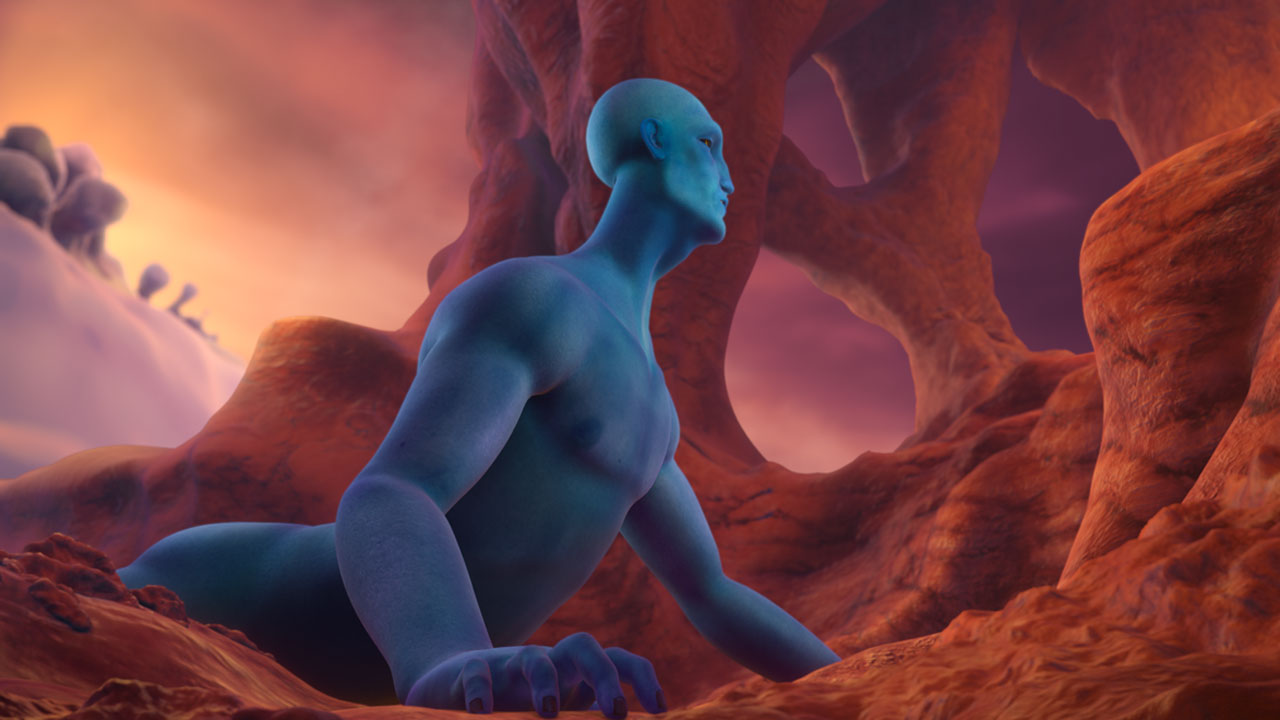 There are short films that instantly strike you with the simplicity of their plot. That uncomplicated concept that you can’t believe hasn’t been done before. At the other end of the scale, there are shorts with concepts so bizarre and so eccentric, you often wonder how on earth they were conceived. Supinfocom graduation film Leucotopia is a film firmly rooted in the latter category.

I don’t want to spoil too much of what happens in the plot, to be honest its pretty difficult to summarise, but I suppose you could say at its core this is a story based around that age-old philosophical dilemma – what came first, the chicken or the giant blue man? Created in the glorious 3D animation you would expect to find coming from graduating Supinfocom students, Leucotopia is an odd hybrid of a film. From one angle it looks to be an adventurous journey through an alien land, but look a little closer and you may well uncover an abstract narrative about the cyclical nature of life [I’m trying really hard not to sing those words like a Lion King song].

The brilliant thing about the short film format is that it gives filmmakers the freedom they could never expect to find in the world of the feature. Would a narrative about a giant blue man controlled by robot chickens work over a longer duration? Probably not! Does it work as a short animation? OH HELL YEAH!