In a desolate desert area in Joshua Tree, a man and his dog encounter an inexplicable phenomenon.
READ REVIEW
Next Previous 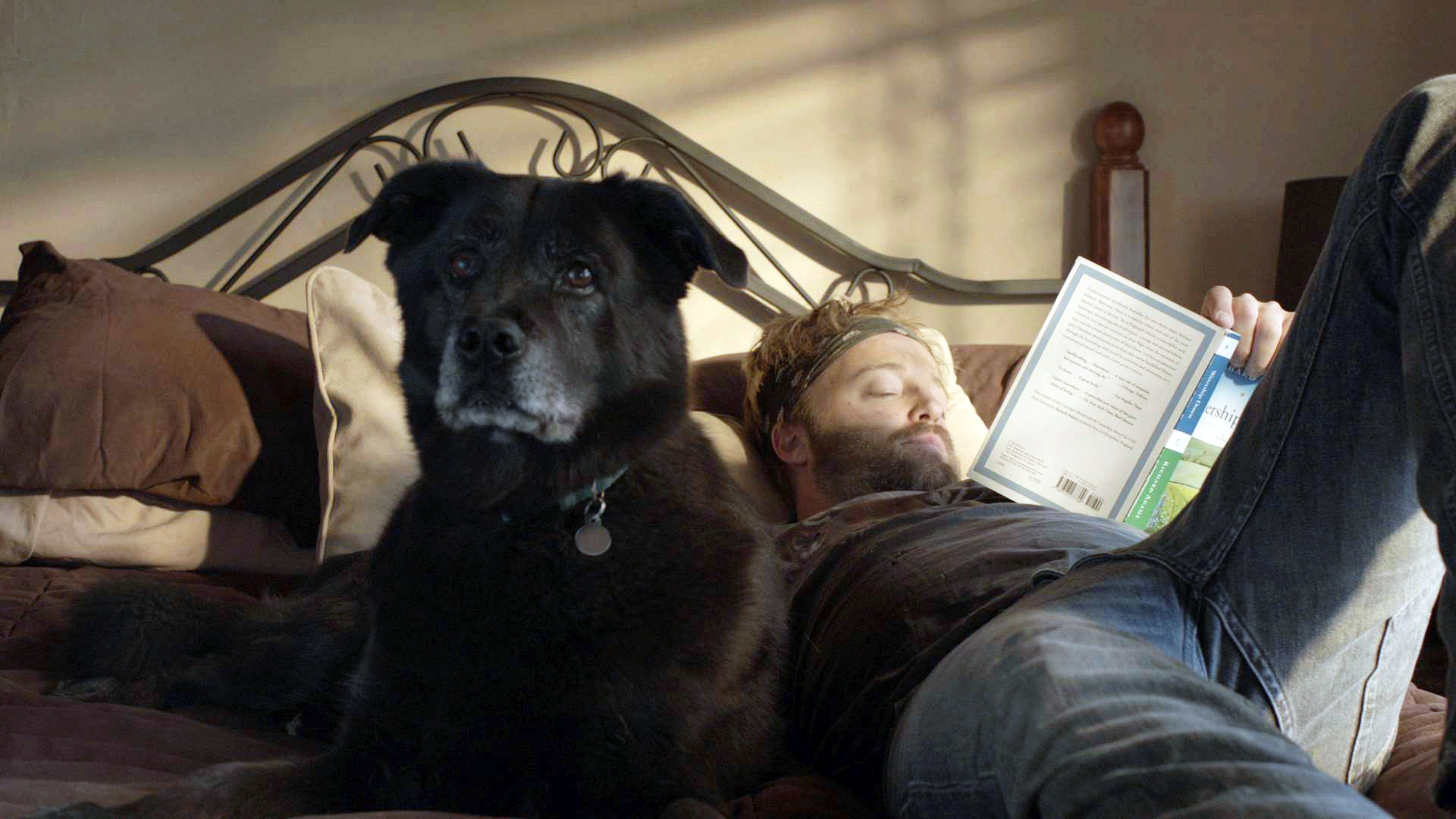 Sci-Fi about Other Worlds in Live-Action
Directed By P.J. Wolff
Made In USA

P.J. Wolff’s 9 Minutes is a uniquely suspenseful and atmospheric science fiction short. The film takes place in Joshua Tree, a scenic and secluded desert area two hours east of Los Angeles, where the lead character, played by Joshua Leonard (Blair Witch Project), is completing the construction of his vacation home while his dog Jett accompanies him and guards the perimeter. Leonard wakes up to a jolting and violent bang outside his home. He goes to investigate, blacks out for nine minutes, and all we have left is cell phone footage to guide us through those forgotten minutes.

9 Minutes is fantastically crafted. The camera work is smooth and purposeful, truly conducting the steady suspense felt throughout the film. The landscapes themselves generate a peculiar sense of quiet tension. The editorial pacing is unique, taking full advantage of the narrative impact of shot length. Many shots are incredibly short, allowing us to only catch the necessary glimpse to capture the image, and others are classically long, allowing us to experience complete movements and events.

The film maintains a perpetual and fluid ominousness throughout. Wolff gives us quite a few visual signals early on that danger is imminent. Leonard is continuously being shocked by the various electronic devices in his home, and while he’s under the impression it’s simply due to an electrical problem, we are quite aware of it signifying something greater. From the haunting cloud formations, the erratic behavior of ants and the subtle concern of his dog Jett, we know something is looming.

In many ways this film, in addition to being suspenseful science-fiction, highlights the impactful relationship between people and animals. It is clear from the very beginning of the film Leonard has an incredible bond with Jett. And while Leonard can rely on his phone to provide him access to his family and friends just a few hours away, it is Jett that that provides him with ultimate and unconditional companionship and safety.

Technology plays an interesting role in the film and in some ways acts not only as a tool, but as a character. Wolff uses technology in an appropriately realistic way in his film. In the beginning of the film, Leonard is called by a friend of his, signifying that although he is completely alone in a desolate space, he doesn’t necessarily feel alone. He still has access to the rest of his world. When Leonard first sees the odd cloud formation he simply takes a photograph and catalogues it. He later uses his phones as a guiding light to investigate the mysterious sounds heard outside. Afterward he uses his phone’s video capabilities to record and document the phenomenon. Upon awakening after the event, it is his phone that reveals to us the mystery we were all so curious to discover. His phone, in addition to Jett, acts as a reliable companion.