A young boy travels with his family to Nicaragua. When the boy fails to roll his r's, his imagination takes over.
READ REVIEW
Next Previous 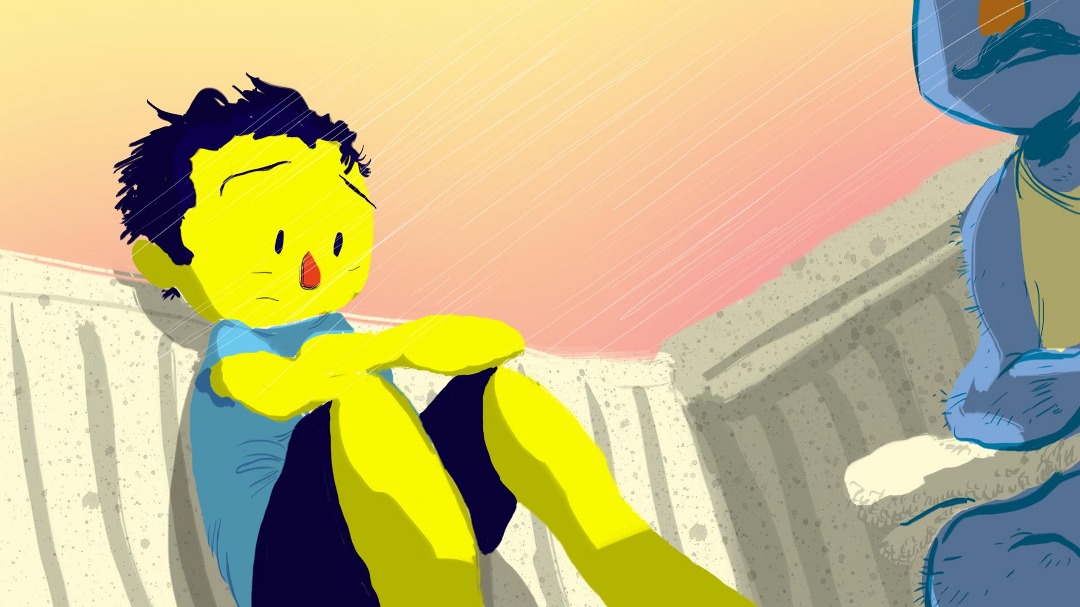 Miguel Jiron continues to impress with his imaginative USC thesis La-Gar-To, a film that explores similar themes to his previous short Sensory Overload (Interacting With Autism Project). La-Gar-To is filled with vibrant colors, fantastic imagery, friendly and approachable characters, and an enticing audio palette. A young boy travels with his family to Nicaragua and is initially excited, making certain he is adequately prepared for the journey. He examines a guide book while aboard the plane and within moments discovers his first challenge: the pronunciation of the country itself.

The boy associates his inability to roll his r’s as a reflection of how out of place he feels in the country. As the film progresses, he continues to feel increasingly uncomfortable. His senses become heightened and his vision of the country consumes him. The r’s were once a simple challenge of the tongue, but they quickly become a taunting, aggressive and unwelcoming aspect of Nicaragua he cannot escape. While he continues to try to roll his r’s, he continually fails and becomes even more surrounded by streams of rolled r’s. At a pivotal moment in the film the boy becomes so enraged he abandons his fear, and it is at this moment in which he succeeds in rolling his r’s. The boy keeps trying to roll his r’s, but it’s the trying that prevents him from succeeding. Once he stops trying and embraces his surroundings, or rather, allows his surroundings embrace him, the r’s roll out of him all on their own.

In many ways the film addresses not only the idea of unfamiliarity and exploring new places but also how disempowering and empowering personal challenges can be. When one is determined to be able to do something that to everyone else seems incredibly simple, the inability to do so can become an all consuming, frustrating and debilitating experience. These unsuccessful feats can feel like ultimate failures with seemingly lifelong implications. But these challenges can be equally as empowering as they can be disempowering. Overcoming these challenges, however small or insignificant they may appear, can easily signify a more meaningful and lasting triumph.