Tim and Sarah McEown never saw their 22-year age difference as an obstacle in their relationship, until Tim had a heart attack.
READ REVIEW
Next Previous 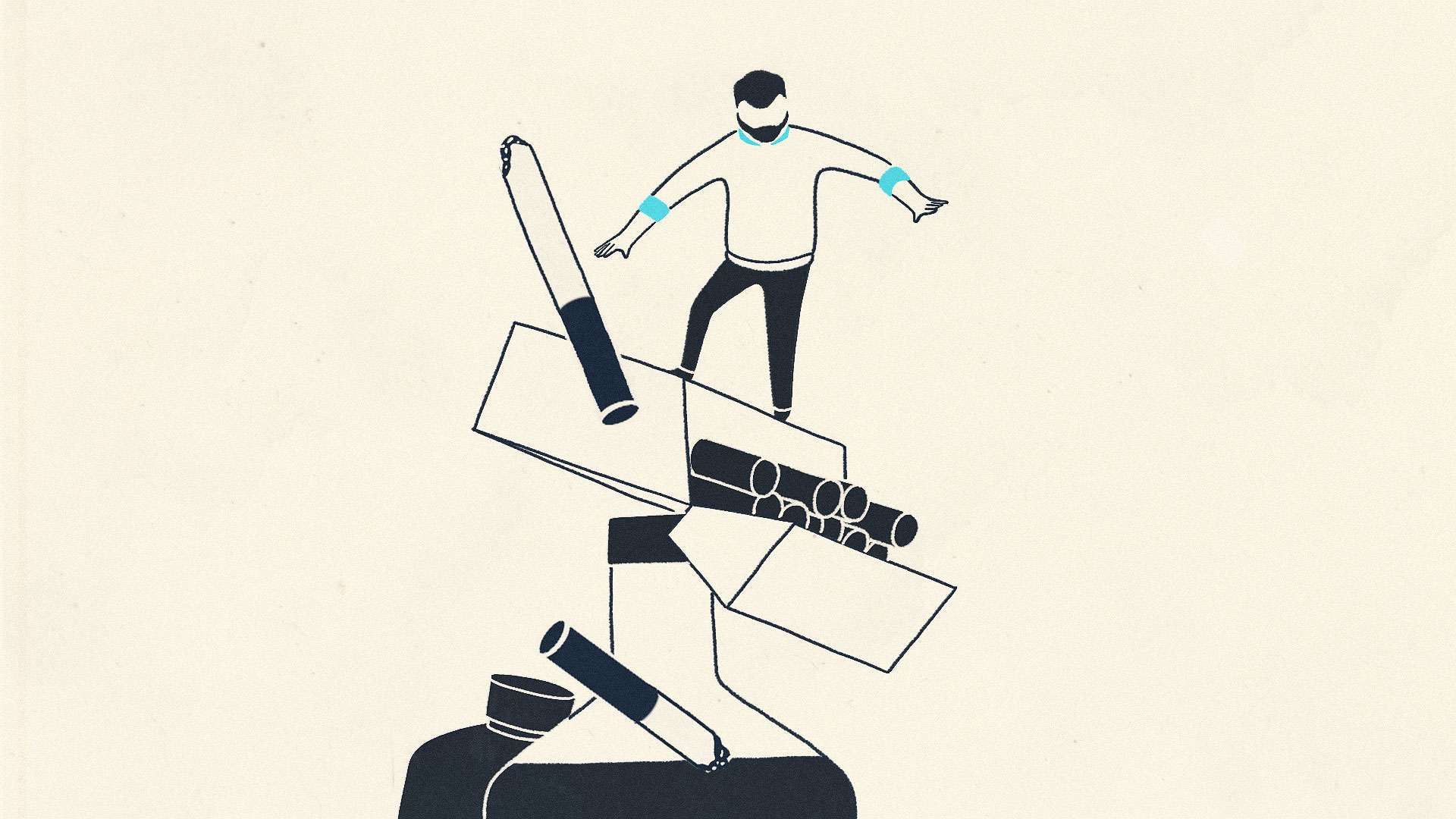 With love being something we can all relate to and all have opinions on, it’s no real surprise that it is the dominant topic in the short film arena (one look at our film archive will confirm this). Tackling the subject of contemporary relationships in their column Modern Love, the New York Times has created a video series from these articles by assigning animators with the task of bringing them alive on the small screen. One of the latest filmmakers to accept the challenge is designer/animator Freddy Arenas, as he combines his distinct style with a touching narrative in his adaptation of Tim McEown’s article In a Small Bag, She Packed All Our Hopes.

Three and a half years ago, while my fiancée Sarah and I were making love, I had a heart attack.

The story of a couple with a 22-year age gap, Beyond Years details the pressures Tim and Sarah McEown had to overcome to make their relationship work. With Tim’s heart attack highlighting the fact that as individuals they found themselves in “completely different circumstances”, what was about to happen next was make or break for their romance.

Arenas became involved in the Modern Love series after he read an invitation to take part from producer Zena Barakat, in an article on Motionographer about Joe Donaldson’s animation for the project, Under His Misspell. The animator took up the invitation, sent in examples of his work and before he knew it he was being sent the article and voice-over from which he was to make his film. Using the article as a guide for his narrative, Arenas admits he didn’t just want to provide a straight-forward visual translation of the events – “I wanted to tell my own visual story rather than literally illustrating what the article was telling. I thought about it as adding a second layer of meaning to the story. The article gave me the storyline, but I think this particular style is something I’ve been experimenting with for a while. I thought it was a style that would work for this story, or maybe I forced it in because I really like doing it”.

At just over 2-minutes in duration Beyond Years fits a lot of story into a tight running time. Although the director admits the length was determined more by time restraints, than finding the perfect duration for the story – “I chose the length based on the fact that I had a short deadline (4-5 weeks) and that I was doing it on my own. I spent a week storyboarding, a week designing / illustrating and two weeks animating. I would have loved to have been able to expand on some of the ideas and get the chance to developed the characters a little bit further, but I was already stretching myself thin getting done as much as I did within the given time frame.”

“In a lot of ways, meeting Sarah was the beginning of my life”

As stated in the article, there is a beautiful harmony in this story between Tim’s recovery from physical heart problems and his blossoming love for partner Sarah and this is where Arenas’ film really hooks you in. As beautifully designed as it is heartwarming, the abstract world the animator has created seems the perfect accompaniment to this tale of all-conquering love.