A man becomes a social outcast when he refuses to give up breathing.
READ REVIEW
Next Previous 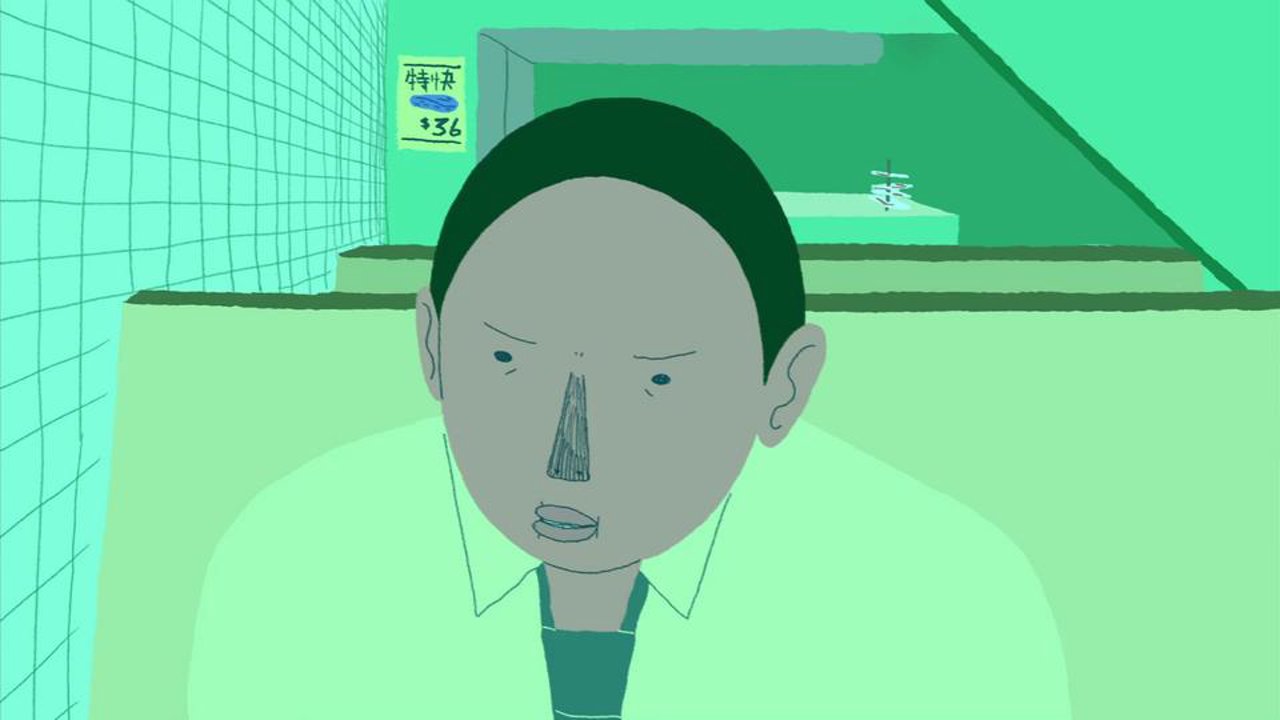 The “living dead” have become a stalwart of modern storytelling, with the zombie-like creatures infecting every aspect of contemporary media, from television series to videos games and graphic novels to feature films. Often depicted as a plague on society, with their sole purpose to wipe humanity of the face of the planet, the breathless have got somewhat of a bad reputation in recent years. But what if death was the popular thing to do? What if breathing just wasn’t trendy anymore? Exploring a society in which the majority of its population has abandoned one of of life’s most basic functions, Mak Ying-Ping’s 2012 graduation film from the Royal College of Art is a fascinating vision of a totalitarian state where mankind is forced to go to new extremes to continue existing.

Set in a dystopian future where the inhabitants of an unspecified city have decided to stop breathing, Last Breath is the story of Yeuk Seng, one of the last “breathers” in town. Despite his friend’s advice to give up on his respiratory lifestyle, as in his words “it’s not trendy anymore”, Yeuk Seng battles on with his lifestyle choice, all the time wary of the ‘Super Policeman’s’ violent threats to eliminate his kind.

With its bold colour design and hand-drawn aesthetic Last Breath could easily be described as distinctly “RCA” in style, but Ping’s Asian background (She was born and raised in Hong Kong) shines through in every aspect of her visual style – from character design to the city she has created for her story to exist in. The strong visual style of Last Breath is bound to be a main talking point for viewers of the film, but here at Short of the Week we were equally impressed with the narrative created by the animator. Breathing fresh life into the dystopian future narrative, Ping’s often abstract story contains all the elements I look for in modern Science Fiction. Rooted in reality with a scattering of the absurd, fans of Jeff Noon and Margaret Atwood are sure to find lots to enjoy in Last Breath.

Since graduation Ping has taken up the role of director at UK-based animation studio Beakus.