A short documentary about David Welsford, who has given up the luxuries of land in search for happiness and adventure on a 50 year old wooden boat he restored from a scrap heap.
READ REVIEW
Next Previous 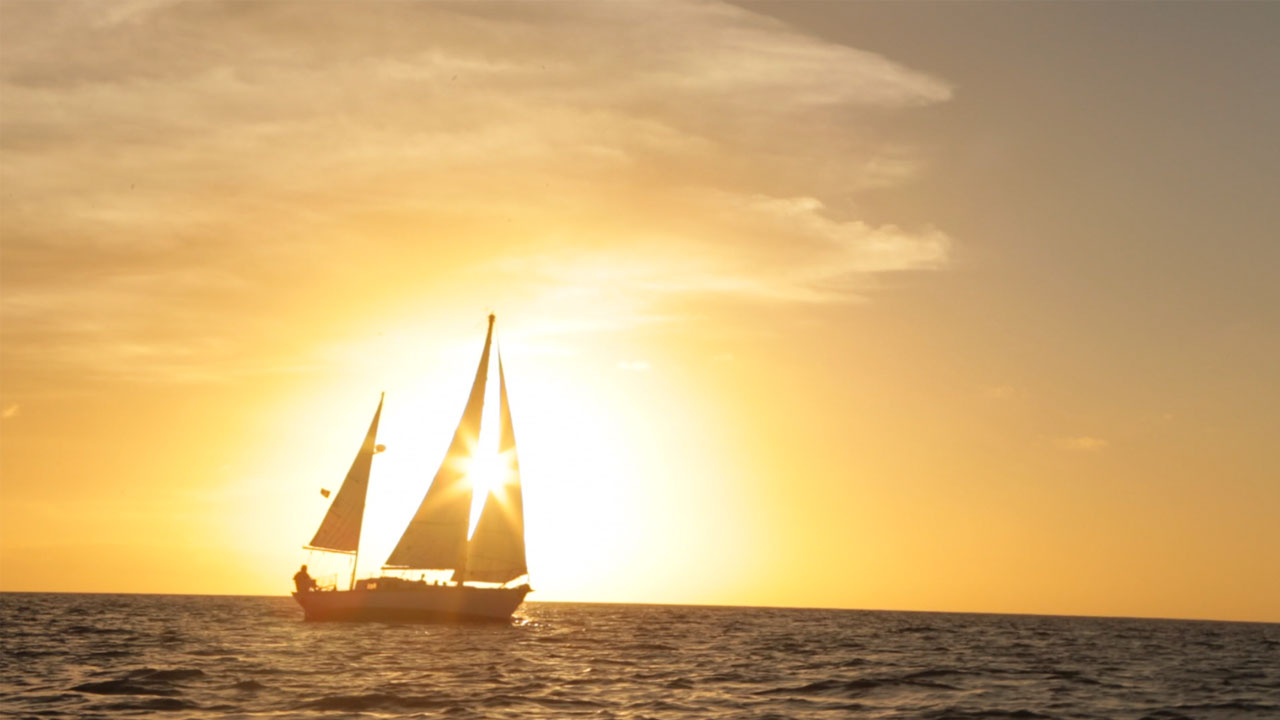 Documentary about Inspiration in Live-Action
Directed By Kevin A. Fraser
Made In USA

In today’s culture, success is intrinsically linked with busyness. Stress is equated with status, material objects a sign of purpose. Yet, when I get caught up in my own personal neuroses, biting my fingernails to nubs over all the stuff I have to do, I often harbor a secret little fantasy: what if I just stopped? What if I quit…ditched all my stuff and jetted off to the Caribbean. It’d be just sand, cerulean waters, and my wife by my side. Wouldn’t that be easier? Wouldn’t my life be better?

Well, director Kevin A. Fraser has captured my impulsive, Kerouacian wish in documentary form with Twenty Eight Feet—a profile of David Welsford, a young man who exited the grind in search of paradise. He found it in the form of an old sailboat.

This is a simple film, with a simple message: go out and live life…do what makes you happy. Yeah, it’s a maxim we’ve heard time and time again, but how often do we see people actually do it? It’s one thing to like a generic motivational post on facebook, quite another to abandon comfort and convention and live on the sea. To use a cliché, over the film’s entrancing 8 minutes, we watch as Welsford “lives the dream.” Essentially, Twenty Eight Feet is adult wish fulfillment—proof that “crazy” is possible (and potentially life-affirming).

Thematically, it’s hard not to compare this film to another recent Short of the Week pick, Slowmo. After all, both films focus on forgoing material things for experiential happiness. Yet, there’s a distinction between the two. Unlike Slowmo, David isn’t some wealthy doctor with plenty of cash to fall back on. Rather, he’s just a guy—not rich, but very much alive. To that end, Welsford life isn’t perfect—he’s made sacrifices to live free (hot showers, refrigerators, steady cash flow, etc.). But, it’s hard to deny that, for David, the pros outweigh the cons.

Director Kevin Fraser befriended  David a long while back when they both attended film school. Ultimately, they became close, living together and traveling the world on various sundry adventures. But, as happens, they grew apart. David purchased Lizzy Belle, Kevin went on a more conventional path—you know, girlfriend, pet cat, steady paying gigs. Luckily, they were able to reconnect in Martinique to shoot this film. Kevin spent the better part of a month on the boat with David, capturing the little interesting facets of his stripped down life.

As Kevin relates via e-mail, “This project was a good lesson in patience. Waiting for the sun and weather, trying not to overshoot. Taking time to think about what things were important. It was very luxurious to have that much time to make a short project. In my dreams my paid gigs will be like that someday! “

Already racking up an impressive number of views online as well as a coveted vimeo staff pick, it’s clear that David’s carefree lifestyle is inspiring to a lot of people. And, it’s easy to see why: there’s a romance to his existence, perfectly captured by Kevin’s intimate, sun-soaked cinematography and the short’s island inspired soundtrack—the remedy for grey cubicle walls and corporate life.

As for what’s next, Kevin Fraser is currently hard at work on yet another short profile doc (co-produced by his girlfriend, Melani Wood) about an old film school classmate. In this one, the subject is attempting to break the world record for fastest bowtie tie! Also, he is the cinematographer  on the upcoming narrative film, Foam Drive Renegades (also produced by Melani Wood), which will be released online as soon as it finishes its festival run.
Vimeo Filmmaker Website
LIKE TWEET