Disillusioned with his life, Dr. John Kitchin abandons his career as a neurologist and moves to Pacific Beach. There, he undergoes a radical transformation into SLOMO.
READ REVIEW
Next Previous 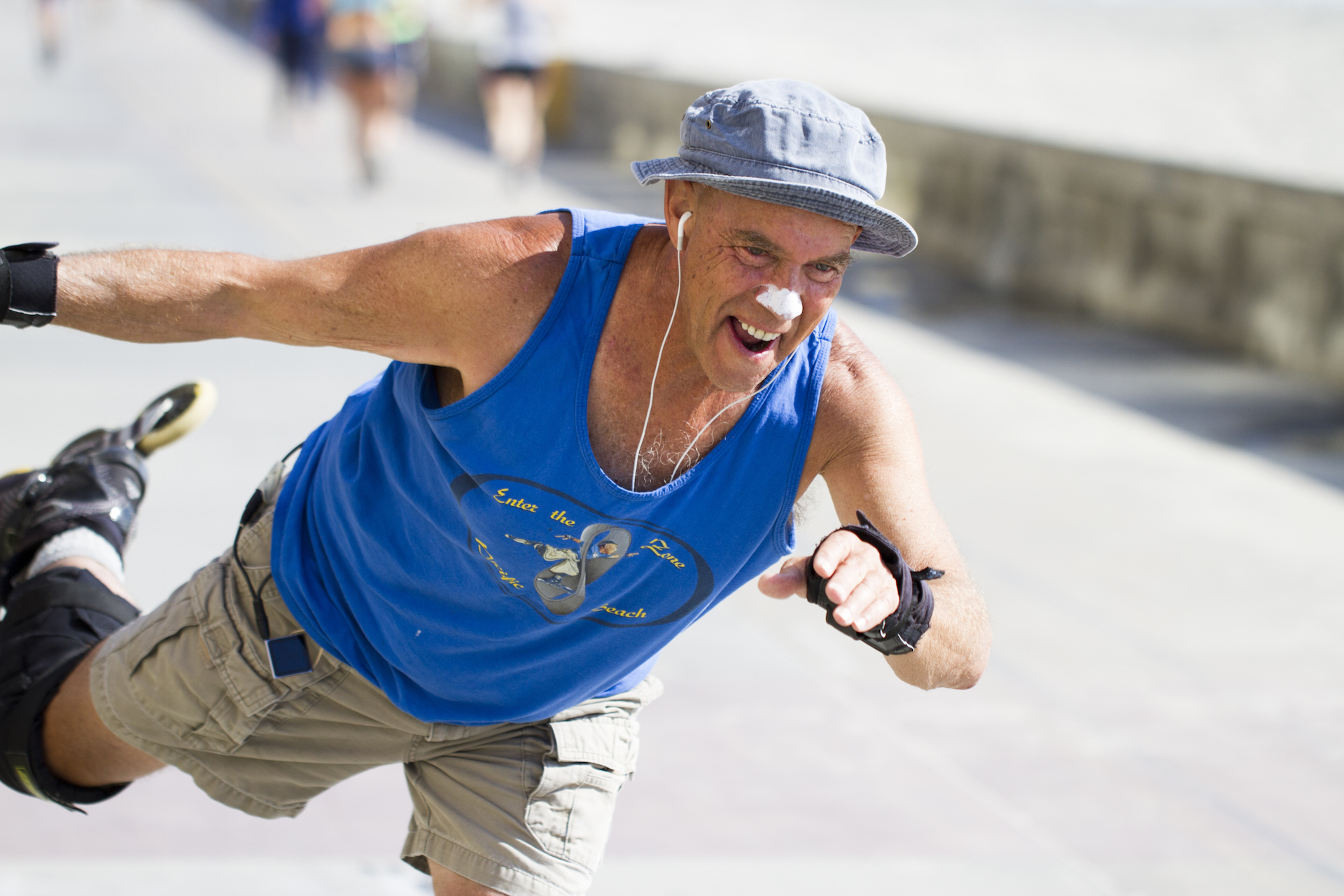 Ours is a quick-fix, self help, evangelizing world of ballroom productivity coaches and life gurus. Turn on your TV, open your inbox, and you’re confronted by no shortage of individuals who claim they “get it”. The epiphany is theirs and it can be yours too, for a low low promotional price.

Most of these people deserve your skepticism if not outright scorn — that said I don’t think I’ve ever seen anyone as ridiculous and yet as convincing as Slomo‘s main character John Kitchin. Espousing a throw-back hippy philosophy of “do what makes you happy”, Kitchin has the benefit of being 100% genuine, and has no interest in selling you on anything. He wasn’t locked out of the mainstream rat-race — he conquered it — only to give it up for the pure clarity of rollerblading down the boardwalk.

Slomo, directed by Josh Izenberg, is a documentary of rare value. It was the most decorated festival short documentary of 2013, and is a profile of Kitchin, a figure famous among the community of Pacific Beach for spending all day, every day gliding in a state of zen bliss. Until now though Kitchin’s backstory and interesting philosophies on life had not been known, however with the film’s online success — a selection as a New York Times Op-Doc, a Vimeo Staff Pick, and now an SotW selection — Kitchin’s remarkable story and unique perspective have traveled the world.

At 16 minutes, the film is long by our standards, but never drags. Much of this is a credit to Kitchin’s winning presence and remarkable backstory, but Izenberg has crafted a film that is worthy of it’s subject, showing true imagination in visual direction, blending multiple approaches: time-lapse, slow-motion, animation, as well as crafting inventive visual metaphors in his choice of auxiliary footage. The result is documentary filmmaking at its finest, a fusion of image and words. When Kitchin describes his emotions, you don’t need to merely register them, Izenberg strives to make you feel them. It is high praise I know, but not hyperbole for a film I’m sure we will be remembering at the end of the year when it is time to discuss the best online releases of 2014.