Grandma's Not a Toaster

Three siblings plot to steal their Grandmother's fortune, without realizing that Grandma has a plot of her own.
READ REVIEW
Next Previous

Grandma's Not a Toaster 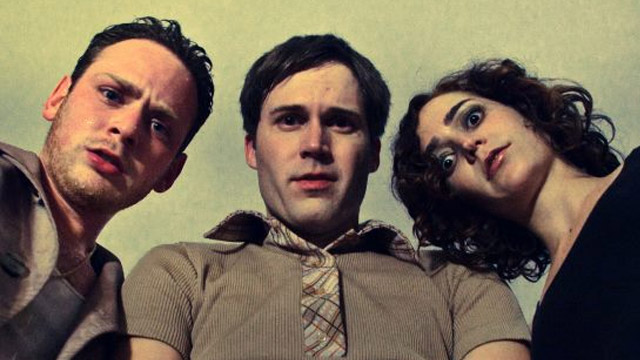 I hate to use stock movie review buzzwords like “zany” and “madcap” to describe Andrew Napier’s latest comedic short film, Grandma’s Not a Toaster, but—apologies up front—those adjectives just fit. Harkening back to old school screwball comedies and marrying it with a modern filmmaking aesthetic, Toaster is an impeccable showcase of timing and narrative wit—as much a display of impressive camera acrobatics as it is linguistic ones.

Considering the creative team behind the short, really, it shouldn’t be much of a surprise that this film is so polished. Written by and starring Short of the Week award winner Shawn Christensen and directed by his longtime collaborator and producer Andrew Napier, the film certainly has an impressive creative stock. But, if you’re familiar with the duo’s previous work (including the Oscar winning, Curfew), this is definitely a tonal shift—less dramedy, more slapstick tomfoolery.

In our effort to curate the best short narratives, we are often forced to decide what separates a great comedic sketch from a great short film. Admittedly, that delineation isn’t always clear. With Grandma is Not a Toaster, the film elevates its sketch-like premise with a unique visual gimmick: the story is told from the first person perspective of each of its four major players. Combine this with an incredible sense of pace and gloriously over-the-top performances and you have something quite special—a brilliantly edited, time-jumping tale of familial dysfunction that keeps the jokes firing at a semi-automatic clip. Even the film’s credit sequence, something I usually advocate that shorts should ditch completely, worked for me. Aesthetically, it’s reminiscent of something you might find in front a Pink Panther flick or an old live-action Disney film from the 1960’s.

Grandma’s Not A Toaster had an impressive festival run in 2013, including an appearance at Tribeca. As for what’s next, well, keep an eye out for the feature adaptation of Curfew, entitled Before I Disappear, which took home the audience award at this year’s SXSW. Also, Napier’s next directorial effort, a feature documentary called Mad As Hell about Cenk Uygur & The Young Turks, is currently making festival rounds. One could say, that when it comes to their careers, both Napier and Christensen are moving upwards at a speed that rivals the frantic pace of their very own film. Just, you know, keep an eye out for dear ole’ Grandma. And, be sure to follow director Andrew Napier on twitter to keep up to date on various release dates.