Set in a prison for criminally poor writers, a gang of cons get ahold of the script to their own lives and attempt to re-write it in order to make their escape.
READ REVIEW
Next Previous 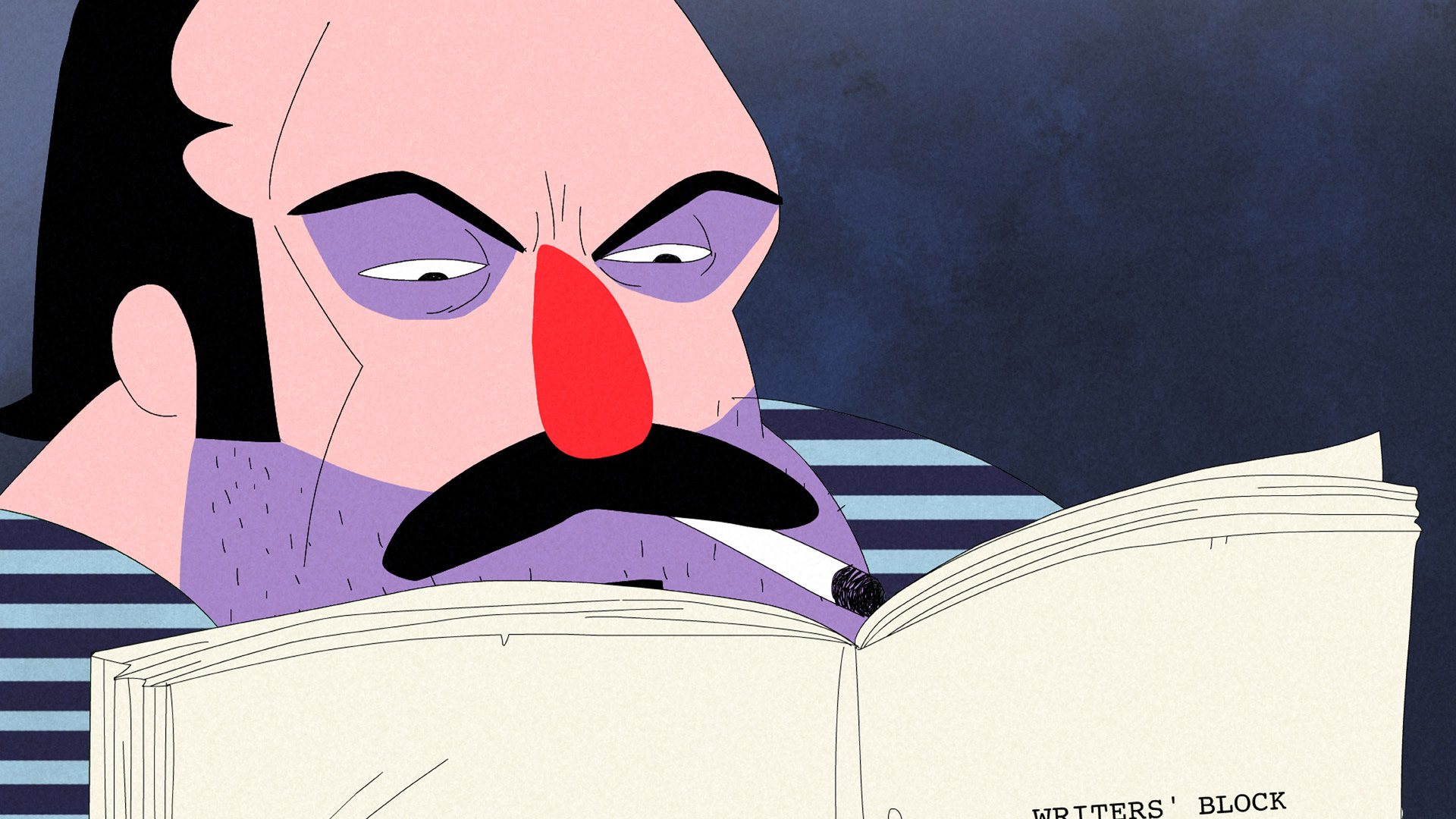 It’s hard not to use the word “clever” when writing about this animated short from creative duo Tom Gran and Martin Woolley (operating together under the joint pseudonym, Spin Kick Bros). The whole damn thing is just bursting with wit, stuffed to the gills with visual gags and brainy wordplay. The result  is a decidedly unique take on a classic cinematic genre—a prison escape film where the lead character is attempting to escape the film itself. C’mon, try and tell me that concept just isn’t so damn…um…(*consults thesaurus*)…clever!

The concept of a protagonist with writer’s block may be one of the most hackneyed story starters out there. But, Gran and Woolley’s film takes a meta-storytelling approach, using conventional narrative tropes as a springboard to create something new.  They giddily play with narrative structure, time, and place, all the while managing to establish a motley crew of jailbirds to root for (the character design is, quite simply, ace). But, beyond just being an exercise in witticisms and visual pizazz, the film is an astonishing example of script economy. Writers’ Block accomplishes in five minutes what a lesser live-action short might have done in twenty.

Produced by WÖNKY Films with the support of IdeasTap, the film was animated over the course of a few months using a combination of Flash and After Effects. The resulting look is quite impressive—simple in motion, but complex in aesthetic. There is always something to look at on screen, and it’s all edited together with a whizz-bang precision that mirrors the clacking of typewriter keys.

For those who can’t get enough hard time at Ball Point Penitentiary, check out the film’s companion iOS app. Available for free via the Apple app store, the app not only contains the full film but also a look behind the scenes with additional content, including storyboards, animatics and original concept and development work for the short.

As for what’s next, in an interview with ShowMeTheAnimation.com, Gran reveals that he and Woolley are working with WildSeed Studios to create three pilot animatics—a sitcom about a family of implausibly rugged tough guys; an adventure series following a 1900s Arabian adventurer and his stiff-upper-lipped British manservant; and an exploitation-style serial about racially mismatched twin brothers shooting their way across 1970s America.

Hmm…all of those sound pretty damn clever too.