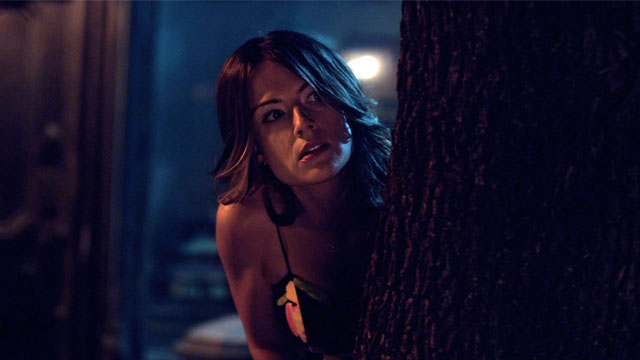 Cassie believes that she has found the man of her dreams: he’s attractive, impeccably-dressed, intelligent, and he really gets her. He’s a gifted speaker, but, even more importantly, he listens – and I mean, really listens, not the listless type of listening where one just bides his or her time until it’s their turn to speak. He doesn’t judge, he doesn’t scold, and he has the best taste in office furniture. Around him, Cassie can be herself…

Unfortunately, the man of Cassie’s dreams is her therapist, and their sessions together are becoming more and more difficult (it doesn’t help that she’s constantly visualizing him naked). Making its debut on Short of the Week is Perfectly Normal, a romantic comedy that is anything but.

Writer/Director/Producer Jim McMahon hatched the idea for Perfectly Normal back in 2009, when he began to notice that, for certain people, “turning 30 starts a bit of a mad scramble to find ‘true love’. Character faults many would have considered deal-breakers in their 20s – like having a non-ironic mullet…or a criminal record – become ‘no big deal’ in their 30s.” In the following years, McMahon honed his directorial skills on various other projects, but the script for Perfectly Normal always called to him, itching to be made. Finally, in 2012, after gaining confidence – and running a successful Kickstarter campaign – the project came to fruition, and during the summer months, McMahon and his team shot for five days on the RED Epic at various locations around Manhattan and Brooklyn. At just over nine minutes, Perfectly Normal is a fast and frantic romp. Aided by the likability and palpable chemistry of its two lead actors (Jennifer Restivo and Andrew Pastides), this feisty mix-up of rom-com and After Hours flips the traditional Hollywood notion of finding “the one” on its head. McMahon obviously knows the tropes of the genre well, and appears to be relishing in letting his characters’ inhibitions run wild (literally) through the streets of New York. The short really hits its stride during the fantasy sequences, when McMahon visualizes Cassie’s fervor for “Doctor Dan” – morphing the naturalistic cinematography into glowing shades of pink and blue. A particular standout finds the two leads being lifted off the ground as they run – Cassie with a huge grin splattered across her face, Dan looking a little bit more terrified – down a side alley, overly-sappy music playing as their personal love-anthem in the background. So while some outlets are claiming the death of the Hollywood version, the spirt of the romantic comedy is alive and well…perhaps just in a shorter format. You can keep up with all of Jim’s personal and professional antics via his Twitter account.
Film Website Director's Website
LIKE TWEET