A divided young couple desperately try to find a way back to each other in this multi-track music video for Parisian artist Talisco [NSFW].
READ REVIEW
Next Previous 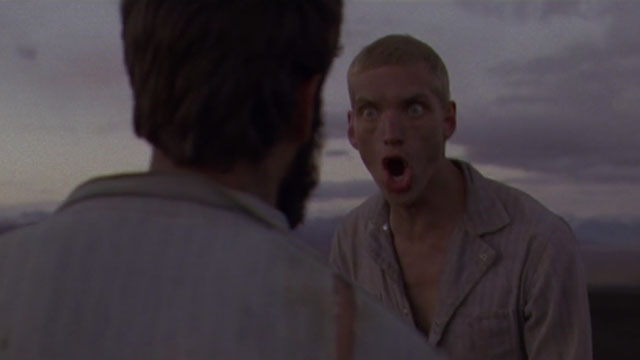 Following a young couple on the run, as they are caught, separated and subjected to contrasting ordeals, the narrative for this ambitious music video takes us on a dark journey through an unspecified landscape of chain gangs and cult-esque rituals. With a lack of dialogue throughout the piece, its audience is left puzzling over who this couple are and who they are being chased by. Yet, despite details of the who, what, where, when and why being left vague, it’s the general tone and engaging nature of the story that captivates and impresses.

Winning the Best Cinematography award at Sun Valley Film Festival 2014 and opening with an impressive 2-minute tracking shot, Larson and Spiger (who was also responsible for the photography) make it clear from early on in proceedings that they intend to raise the bar with the production values in this promo. Equally matching its ambitious narrative, the directors and their team have created a cinematic aesthetic that can rival the best of those in the short film arena.

Starting my Short of the Week career back in early 2009 with a review of multi-track music video To Build a Home, the format has become a personal favourite of mine. Allowing directors the freedom to deal with a more engaging and challenging narrative, this long-form promo is a pretty rare beast, only surfacing occasionally to give us a glimpse of music videos interested in putting the focus back on storytelling.

Regular visitors to the site, have probably noticed that we’ve all but stopped featuring music videos on Short of the Week in recent times. Choosing to focus our gaze intently on great stories, Larson and Spiger’s engaging, story-driven promo encapsulates everything we look for in a short – music-based or not!