Manuel is stuck in a boring job, has only one friend whom he cannot stand, and his family despises him. But everything is about to change.
READ REVIEW
Next Previous 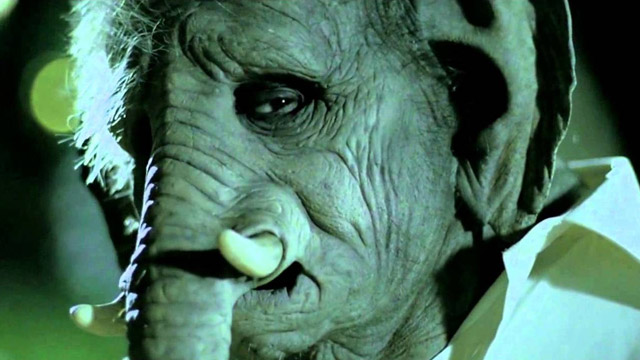 Like his previous film, Mi Amigo Invisible, Pablo Larcuen’s Elefante is a tale of an alienated loner told in first-person voiceover. But where the earlier film used ’80s pop culture references to tell a coming-of-age tale, Elefante mines the darker territory of Franz Kafka’s Metamorphosis.

Manuel’s life is unhappy in a nondescript kind of way. He hates his job, he feels unloved by his wife, and he doesn’t even like his friend Sergio all that much. But his life is about to change dramatically when his doctor diagnoses him with a mysterious disease that will soon turn him into an elephant.

Larcuen’s signature mixture of absurd humour and heartfelt emotion is in full evidence here. Absurd, because after all, a man is turning into an elephant! But really it’s just that Manuel’s sense of isolation and rejection is being taken to its extreme. Though his earlier film featured a character in a ridiculous rubber mask for comic effect, Elefante‘s makeup effects are of much higher quality, and effectively convey Manuel’s increasing exclusion from normal life. The mournful soundtrack contributes as well, ensuring that we never treat this strangely transformed character as a joke.

Though the film has moments of humour, the conclusion of this melancholy “comedy” will bring tears to a few eyes, demonstrating that Larcuen’s writing has some dramatic range. Elefante was his graduation film from ESCAC (The Film and Audiovisual School of Catalonia) and won Best Short Film at the Sitges Film Festival.

Larcuen’s next project is a horror feature, in English, called Hooked Up. It’s billed as the first feature film to be shot entirely on an iPhone.