At the precipice of adulthood, a troubled thief joins a boxing club where he encounters values of structure, discipline and perseverance.
READ REVIEW
Next Previous 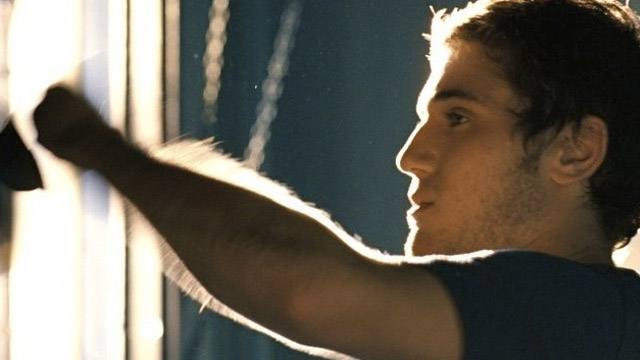 A bit of a confession: I started watching Daniel D’Alimonte’s short, The Haymaker, prepared to be dismissive. Based on the above plot description, it appears to be just another conventional redemptive sports tale. After all, it’s not like we haven’t seen that before. But, pedestrian plot synopses be damned! This is a short that really hooks ya (pun not intended, I swear), commanding your attention throughout its lengthy 24 minute runtime. As a filmmaker, D’Alimonte proves an overarching adage when it comes to filmmaking—just tell the audience a good story, and they’ll stick around until the credits.

As with the best sports tales, The Haymaker is about far more than just athletics—this is a film about learning to not take the easy way out. There are no large, sweeping knockout punches in real-life. Rather, you win by slowly chipping away at your opposition, working towards the end goal. Success takes patience.

That may sound like the stuff ripped from a motivational seminar’s Cliff Notes, but The Haymaker handles the well-tread concepts deftly, backed by nuanced, subtly strong performances. This is the all too rare inspiring sports tale that manages to inspire without unnecessary bombast and fanfare. There is no showdown at the end or clichéd Ivan Drago-esque villain. Rather, our hero, Davis Gallo (a slacker/punk of a protagonist) learns the simple beauty and unremarkableness of true victory. And, that, in itself is hugely uplifting.

Shot on sumptuous 35mm film with gorgeous cinematography, the film looks phenomenal (this is yet another ambitions thesis film to come out of Chapman University). Following its release, the short was well received by the Canadian Film Centre (CFC), where Director D’Alimonte began developing a feature film script combining the plot of the Haymaker with another short he directed, entitled Cold Feet (trailer here). Taking a unique approach, D’Alimonte is using both shorts as inspiration for his feature project. The story centers around a troubled teenager who commits a series of crimes for his dangerous uncle while moonlighting as a boxer in order to save his mom’s home. In the words of D’Alimonte, “Imagine Rocky meets Dexter with the backdrop of crime, but with heart.” Wow! Now there’s an elevator pitch for ya.

In the coming year as Cold Feet makes its festival rounds, D’Alimonte will be shopping the feature script around, looking for financiers, producers, all the other trappings that independent filmmakers look for. Really, D’Alimonte seems to be taking his own film’s advice—keep working, keep struggling, keep moving forward little by little. As The Haymaker so elegantly suggests, success will come to those who work patiently for it.