If I Had a Heart

After a brutal near death experience Sam IL is forced to contemplate his past whilst accepting the non-existence of his future.
READ REVIEW
Next Previous

If I Had a Heart 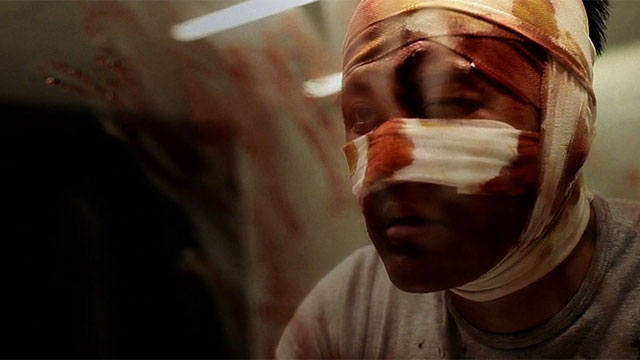 Opening with the line “29 years ago on this day my mother abandoned me in a coin-locker in Seoul Station” will pretty much set the tone of any movie. The Halsall Brothers’ dark and moody short If I Had a Heart wastes no time in letting their audience know exactly what to expect over the next 12-minutes, as we’re quickly submerged into the violent, seedy world of their Korean based neon-noir.

“You need only know two things in this life. All the pain will end when you stop fighting death and as long as you can still hear your heart beating you have to keep fighting back”.

Set in the underbelly of Seoul, the concept behind this unusual tale of revenge materialised when the sibling team decided they wanted to make a short that focused on an individual who had been completely marginalised by society. Once they had the bare bones of a plot in place, the narrative soon developed and the character of Sam Il, a man who has accepted death as a release, was born.

Originally hailing from London and certainly not Korean, I spoke to one half of the filmmaking duo, Matthew Halsall to discover how they came to be shooting a film so far from home:

“I had been living and teaching in Korea for 9 months when my brother (Simon) graduated from film school. We both felt slightly down about the fact we had graduated in film yet had not directed grad films ourselves. So we talked about the idea of getting one up over our mates by making our own grad film with the money I had saved up teaching: but make ours uncompromising, hyper violent and in Korea!

We were always very clear that we did not just want to make a film in Korea, but actually make one that was authentically Korean.”

Inspired by Nicolas Winding Refn’s Drive and Ben Wheatley’s (who is also executive producer on the film) Kill List, If I Had a Heart’s visual style is perfectly designed to compliment the somber mood of the film’s storyline. With the use of light a particular talking point in the Halsall Bros’ short, director Matthew explained why they chose such a striking and stark aesthetic for their movie:

“Both of us are of the opinion that most films are horribly over lit, particularly student shorts. So this also contributed to the film’s style and aesthetics. We used available lighting whenever possible and made it work and hopefully look interesting through composition. We spent roughly 200 dollars on lighting and used only one of the lights we hired. So truth be told the film cost 100 dollars to light.”

Echoing the revenge movies of the country where it was shot, the Halsall Brother’s film is a striking and unusual addition to the short film medium. With a feature length adaptation of If I Had a Heart looking possible and their next short already entering the post production stage, this pair of filmmakers may quickly go from relative unknowns to cinematic hot property in the blink of a lens.