You want the meaning of life? You've got 5 minutes. Glenn Owen Dodds knows the answer.
READ REVIEW
Next Previous 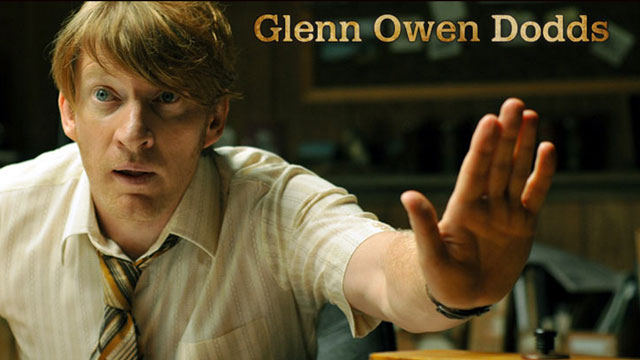 When it comes to “high concept” shorts, Australian festival favorite Glenn Owen Dodds is about as high concept as they come. On the way to catch the bus one morning, our protagonist, Michael, suddenly finds himself having a sit down with God. You know, the almighty master of the universe? Well, as it turns out God is just an acronym—an abbreviation for Glenn Owen Dodds, an affable Aussie with a penchant for horse betting and 70s era style. He moves with the times, you see.

Finally showing up online after an extremely successful festival run, it’s hard not be won over by Glenn Owen’s charm. To use a worn out phrase, this film is a crowd pleaser: funny, well-crafted entertainment for all! I won’t make claims that this is deep cinema, but it is incredibly well put together, backed by varsity production values and stellar performances. The accolades thrust upon director Frazer Bailey and writer Trent Dalton are certainly well deserved. If I have a qualm, it’s length. At 16 minutes, the film begins to feel its runtime. But, hey, what is God if not verbose?

As much fun as the premise is the true highlight here is David Wenham’s turn as the film’s titular divine being. He’s just a bloke off the block—his Holiness channeled through the lens of an aloof Crocodile Dundee. It’s the little particulars of the performance that make it so compelling: the way Glenn is always slightly picking his nose, the way he sticks out his butt when perusing his outdated file system. It’s pure physical comedy, and, heck, it works. After all, much like the supreme-being himself, comedy is all in the details.

Be sure to visit Play TV for more work from this talented team.