Starring Gillian Jacobs (Community), a young woman's relationship takes a dark turn when every sound her boyfriend makes starts to annoy her.
READ REVIEW
Next Previous 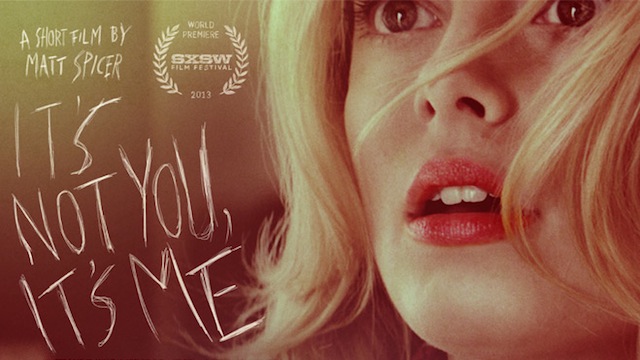 This unassuming little short had the best audience response I saw at SXSW this year. It’s an extremely successful dark comedy, a next-to-impossible genre. I know this because I came from a generation of film students who were directly inspired by the Coen Brothers; thus many of our first short films were unsuccessful dark comedies. What we didn’t know then (and quickly learned) was how incredibly hard they are to pull off.

The reason why is simple; dark comedies are a hybrid genre. That means that as a filmmaker you have to nail both suspenseful and comedic beats. It’s like changing keys in the middle of a song; it’s either going to land big or be painfully obvious.This film pulls it off with flying colors.

SPOLER ALERT: If you haven’t watched the film, please do so now.

When that body hits the table, it’s a moment of total reconfiguration for the audience. What’s particularly amazing is how close the audience’s experience is to that of the main character; neither one is sure what to do next.

I believe more and more that great narrative filmmaking creates a kind of fusion between the audience and a film’s main character. By that standard the beat with the table is tremendous. Director Matt Spicer’s ability to get me laughing again only a few moments later made this my favorite short of SXSW 2013.

Lead actress Gillian Jacobs is the glue at the center of this whirlwind, and she nails every beat like Kristi Yamaguchi touching down a double axle. In this film she’s brutal, hilarious and utterly believable in a totally outrageous role. The movie simply would not work without her.

Behind every great performance is a great director. Matt Spicer trained at USC, and, judging from this film’s credits he’s already made quite an impression on the LA industry. Right now he’s producing a feature called The Coward, which he co-wrote with his USC buddy Max Winkler (Ceremony + a short I’ve always wanted to see). He’s also working on his first feature as a director. I have no doubt we’ll be hearing more from him soon.