A boxer is given reason to reflect on his upcoming fight when a moth sneaks into his locker room.
READ REVIEW
Next Previous 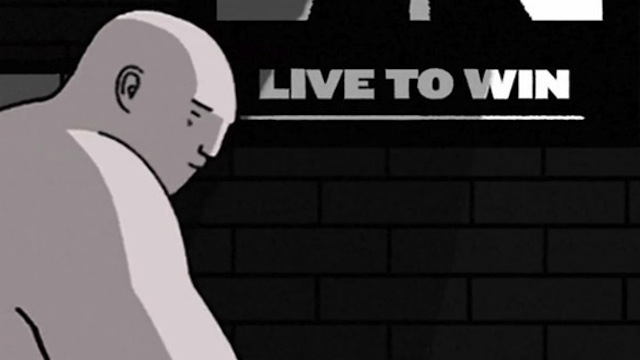 As an Editor of the site, it is my constant need to fight against duration creep in our selections. Sometimes when you have a simply stellar film like last week’s The Candidate weighing in at 20+ minutes, you just have to accept it. The appeal of longer runtimes is obvious—more complicated story lines, more opportunity for plot and character development—however, as Andrew writes in Know Your Medium, it is a fundamental truth of online video that shorter is better. That’s what’s neat about today’s featured film, it restores faith that you can fit emotional storytelling into a YouTube-sized package.

A svelte 2min40, Joe Sparkes’ graduation animation from Kingston University in London is a lyrical portrait of a boxer in advance of his big fight. Alone in contemplation, a moth invades his solitude, and changes the tenor of his thought.

Executed in grey tones, utilizing simple lines character design, Sparkes’ film is not a showcase for technique, though its direction is notable. Instead it demonstrates a command of pace and mood. Incredibly simple, the metaphor of the moth drawn to the light, perfectly matches that of the boxer, and draws us into the interior of mind, all without words. Poignant and thoughtful, Sparkes’ work will only take a few minutes to watch, but you’ll spend much longer in reflection.