With exuberant dancing and magical passion, Patrick shares his inspiration and invites everyone to participate.
READ REVIEW
Next Previous 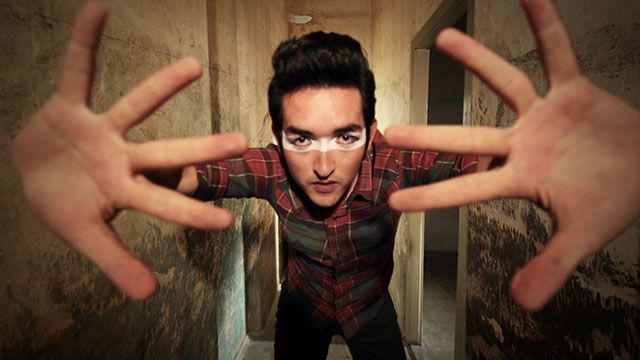 Inspired by his friend’s energetic persona, Momentum from German filmmaker Boris Seewald tells the story of one man’s passion for dance. Brought to life through an equally effervescent production, we’re granted a intense glimpse into the life of enthusiastic dancer Patrick Hanna as he reveals all about his inspirations and his drive.

For some it is just an ordinary party snack but for Patrick, a tortilla chip started his moment of self-discovery.

Taking a simple story with a universal message and injecting it with energy and warmth, Seewald has created a short film bound to inspire and entertain its audience. Built around the retelling of a moment of self-discovery, Momentum combines an engaging story, inventive cinematography and a kinetic edit to capture the spirit of its vivacious subject. Eager to find out more about his production process, we contacted the director to talk VFX’s and ‘Snorricam’s’:

“Before shooting, I spent time with Georg Simbeni, the DOP, watching various references (vimeo, photos, paintings) to find ways and styles to film this short. At the same time this was an opportunity to experiment and to learn. Especially VFX, this was a completely new field for me, (I have never used After Effects before) so I just jumped in at the deep end with this film. At the same time I did not really have a budget, which was quite a challenge, so we had to be creative with limited equipment. We rented some lights and made the dolly and the ‘Snorricam’ ourselves, our homemade ‘Snorricam’ couldn’t have taken any more weight than the weight of the Canon EOS 550D we used to film.”

With a somewhat unscripted approach to his shoot, post-production was always going to be a vital process for the director, with the edit playing a huge role in constructing the final narrative of Momentum. Working closely with composer Ralf Hildenbeutel, (their second collaboration after earlier short The Feast), who recorded the music for the short after the filming, the post-production ended up being guided by the musician’s rhythmic score – the director admitting the soundtrack “led the choreography of the edit”.

“Mostly I edited to his music and sometimes he could fine tune the track to my edit.”

Hoping to gain funding on the back of Momentum’s success, Seewald admits to be “itching” to get started on his next project – which will again blend his loves for music and rhythm, whilst also striving to be very different to Momentum.