Detrás Del Espejo (Behind the Mirrors)

The manager of a cheap motel resorts to questionable actions in order to make ends meet.
READ REVIEW
Next Previous

Detrás Del Espejo (Behind the Mirrors) 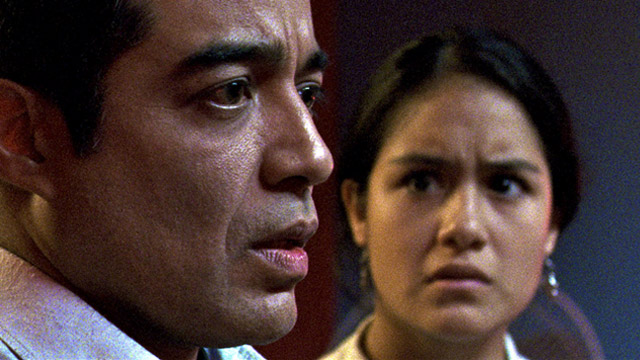 Drama about Conspiracy in Live-Action
Directed By Julio O. Ramos
Produced By Andino Films & UCLA Film School
Made In Peru

Coming in at a brisk 12 minutes, Julio O. Ramos’s stellar festival darling, Behind the Mirrors, packs more of a wallop than your average studio feature. Criminal intrigue, ethical dilemmas, interpersonal relationships—Ramos manages to cram it all in his short runtime. Yet, amazingly, none of these elements feel underdeveloped. In a sense, Behind the Mirrors serves as a testament to the power of the short form—an important reminder that compelling narrative drama doesn’t have to solely exist in the realm of the 90 minute feature.

Set entirely inside the seedy, claustrophobic walls of a Lima motel, this is a gritty film filled with flawed characters. Our protagonist, Ernesto, has turned to some illicit dealings in order to provide for his pregnant wife. And, so, subtle questions about morality bubble underneath the film’s plot-driven surface: is it okay to do bad things for the right reasons? When does a good person doing bad things become, himself, a bad person? This isn’t a film that just dips its toes into the murky waters of morality. Rather, it swims in them, forcing the audience to question motivations while simultaneously rooting for the characters.

Those ethical queries alone would be enough fodder for a solid film. But, Ramos takes his story even further—exploring everything from the relationship between Ernesto and his young wife to hinting at the seeds of a full-blown criminal conspiracy. The result is a slew of engaging conflicts that exist on both a narrative and emotional level. The groundwork is obviously laid for a feature adaptation, yet, the short stands entirely on its own.

Well paced, filled with excellent performances, and gorgeously shot on gritty 16mm, really, it’s no surprise that a film like this was such a festival hit (it took home best of fest honors from the Palm Springs International Shortfest and played dozens of others). However, considering its brief runtime and engaging plot, it should find a healthy online audience as well. Although Behind the Mirrors is Ramos’s MFA thesis film from the UCLA Film School, this certainly isn’t his only narrative success. His other student works received similar praise, including his previous film, ¡Una Carrerita, Doctor!

The next step for Ramos? The aforementioned transition into the realm of features. However, his full length adaptation has changed  slightly from its initial conception. As Ramos writes, “the idea of Behind the Mirrors was to promote a feature film with a similar storyline in Peru. However, as things turned out with our festival run, calling the attention of agents and producers, I adapted the story to Los Angeles. Obviously, changes had to made and now the film follows the journey of an illegal immigrant who will do anything he can in order to still be a part of the life of his children who are back home with their mother and stepfather.”

Well, folks, based on what Ramos was able to accomplish following a brief four day shoot in Lima, Peru, I’m eager to see what can be accomplished when the City of Angels becomes his playground.  Follow him on twitter @Julio_O_Ramos.