A young girl, creative and idealistic, dreams of brighter days in a forgotten Eastern European city.
READ REVIEW
Next Previous 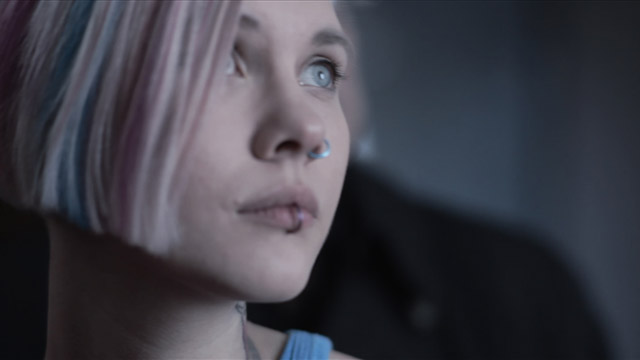 There’s a lot to admire in Szewcyzk’s eight minute fairy tale. On a technical level, we’re treated to engaging visuals—our young, free spirited punk protagonist is a literal spot of colour among the drab and dreary streets of a nameless European city. A chance encounter with an enigmatic old woman reveals a creative power to uproot the very foundations of the world in which she lives.

Szewczyk, having worked in the effects departments of several major Hollywood productions, certainly knows how to craft a visually engaging film. Shot on a Canon 5D mkii with Zeiss lenses, the short looks much more expensive than its limited production would at first indicate. The result is a solid creative calling card for Szewcyzk—a film that teases at his directorial vision, even if it doesn’t completely reveal it.

As a short, I must admit that ColourBleed leaves me a bit unsatisfied, acting like an appetizer to a meal that never really comes. The visuals are stunning, yes, but the characters never feel tangible, the world never truly seems real. Thus, I admire a film like ColourBleed as a piece of visual art, not one that evokes an emotional response. I’m curious to hear in the comments whether or not others felt similarly.