A short film about a woman who learns she may have been switched at birth.
READ REVIEW
Next Previous 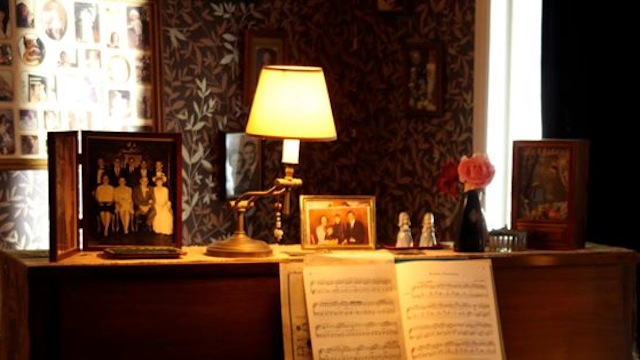 Drama about Innocence in Live-Action
Directed By Eric F. Martin
Produced By UCLA
Made In USA

Ted Hope, a legendary indie producer and newly-minted director of the San Francisco Film Society, once published a small booklet called 32 Qualities of Better Film. Its a sage little document I highly recommend for anyone interested in independent film.

Number 29 on his list is leaving some things unexplained. In it he states that we certainly dont know everything about our world, and leaving some gaps in the narrative feels truer as a result.

Frans Daughter is a film about those gaps in our narratives. Its a haunting little story about two women who learn they may have been switched at birth.

This could easily be a soap-opera, but with pitch-perfect performances, carefully choreographed cinematography, and excellent dialogue, Frans Daughter transcends its humble roots to become a taut and poignant narrative.

As someone who watches a lot of short films, its particularly refreshing to see one that shows such a clear understanding of what short films do best; a simple through line, a strong visual world (note the wallpaper in the house  perfect!), and a lingering question.

I first saw this film shortly before its premiere at the 2011 SXSW Film Festival. Seeing it again two years later did nothing to diminish its power.

The film creates a desire for knowledge, then leaves it unfulfilled – as life so often does. Perhaps this is the kind of truth that Ted Hope alludes to, the kind of which so many memorable films are made.