Dating in Los Angeles is hard, especially when you have a crappy car.
READ REVIEW
Next Previous 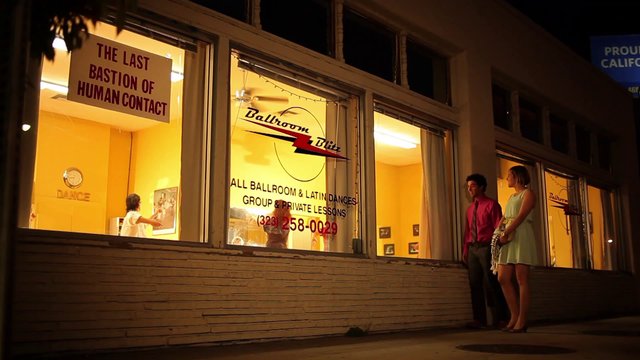 Bad Cars is a new short by Anthony Deptula, best known as the writer and star of the wonderful little indie feature One Too Many Mornings, which premiered in the inaugural edition of Sundance’s low-budget NEXT section in 2010.

OTMM was a notable pioneer in the world of VOD; the first feature to use Sundance as a launching pad for an immediate online release. Whenever the indie press hypes new releasing strategies, I always think of OTMM, which is now available to watch for free on Hulu.

Deptula showed grace, wit and strong comedic timing on that film, which he now brings to the director’s chair on Bad Cars, a romantic comedy about a first date with a simple problem; neither person wants the other to see their crappy car.

It’s a familiar story set apart by charming performances and elegant storytelling. I was particularly struck by how deftly Bad Cars captures life in Los Angeles; a city filled with unexpected obstacles and imperfect moments.

Playing across from Deptula is Tina Kapousis, his OTMM costar who recently made Deadline headlines for her pilot Two Idiots, now in development over at IFC.

The film is released by MadAtoms, a growing website for online comedy content that already counts other SOTW alumni (Emily Carmichel) among its fold.

MadAtoms has a deal with a major studio to develop webseries and other content. Right now they fund microbudget comedy shorts with the long-term goal of continuing to work with filmmakers, who they aim to put on a track where larger projects are a real possibility.

In the era of the unpaid internship it’s refreshing to see someone actually investing in talent development.